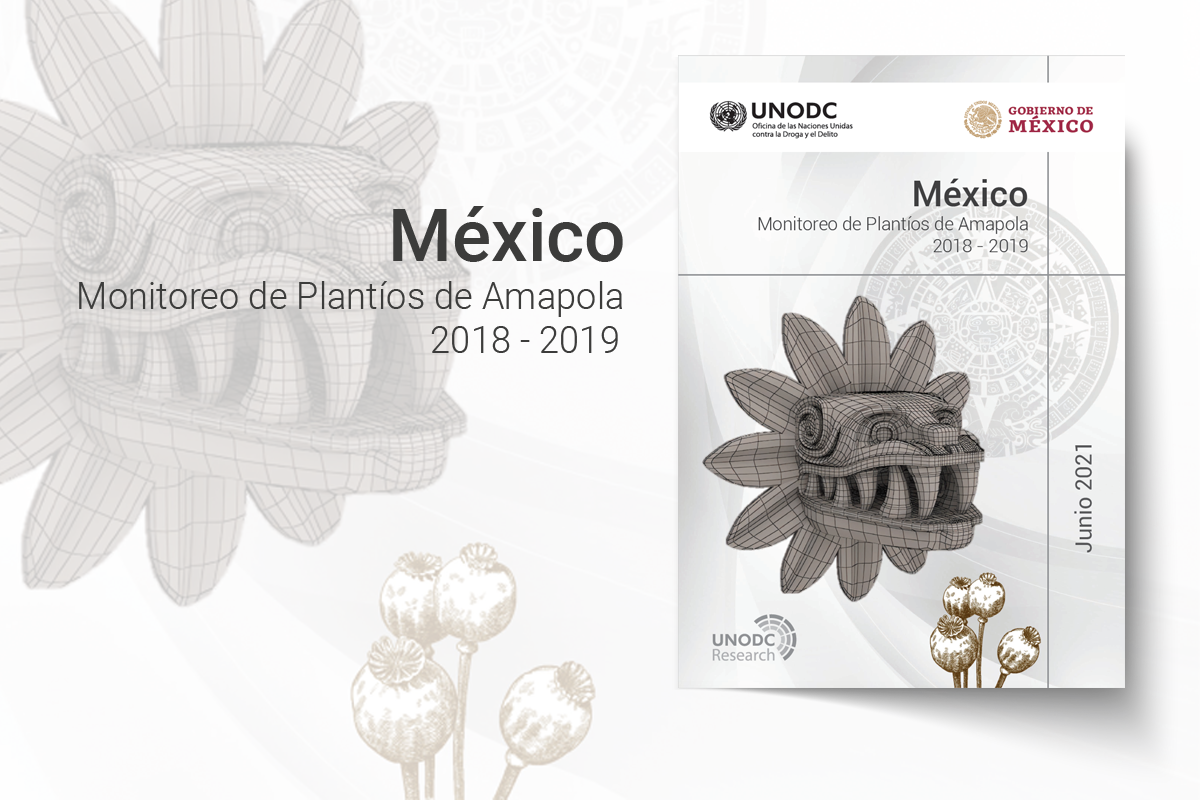 Mexico City, 1 July – Opium poppy cultivation has significantly dropped for the first time according to a new report published by UNODC and the Government of Mexico last week. According to data, the area under cultivation fell by 23 per cent to 21,5060 hectares in the period of 2018-2019, compared to 28,000 ha in the previous period (2017-2018).

However, the potential production of dry opium gum remained stable, with a decrease of only 10 metric tons, representing a decrease of two per cent compared to the 2017-2018 monitoring period, when dry opium gum was calculated at 450 metric tons of dry opium gum.
The national average yield of opium gum was estimated at 20.5 kilograms per hectare. Yields in the northern region (Sinaloa and Chihuahua) and the southern region (Guerrero) were estimated at 22.2 and 18.9 kilograms per hectare, respectively.

Field research showed that farmers are now using fertilizers, herbicides, and pesticides for opium poppy cultivation, which indicates an improvement in harvesting and management techniques. It also allows a higher yield of opium gum per hectare.

Additionally, the report includes official information on the eradication of poppy fields and clandestine laboratories for heroin production, and seizures of opium gum products.

The findings of the report are the result of the analysis of a series of sample satellite images verified with aerial photographs throughout Mexico, as well as field inspections in certain areas based on a risk map, carried out by highly trained personnel in the collection of samples and scientifically based evidence.

The report is the result of a joint collaboration between Mexico’s Secretariat of National Defense (SEDENA), Secretariat of the Navy (SEMAR), and the Attorney General Office (FGR), with the collaboration of the Ministry of Foreign Affairs (SRE) and was produced with the technical assistance of UNODC.

As in previous editions, the results of the report are also included UNODC’s 2021 World Drug Report.