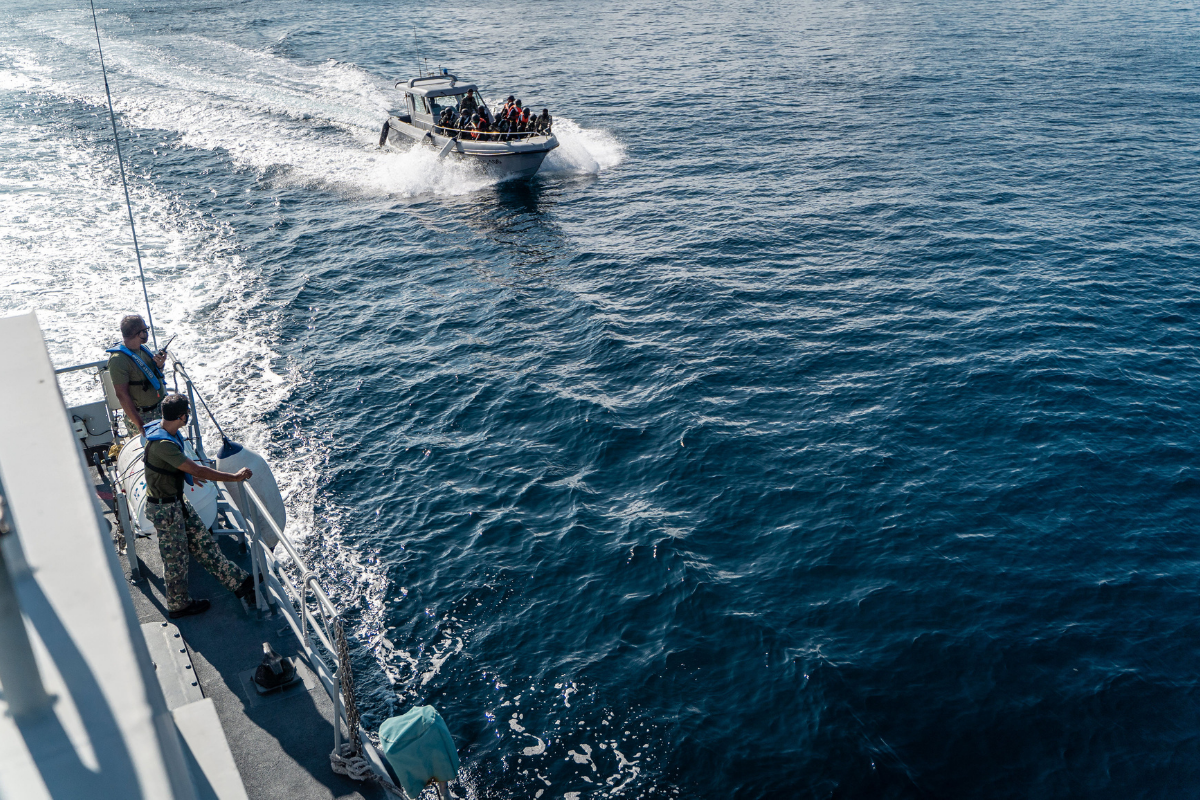 Moroni (Comoros), 31 March 2021 — Comoros is strategically situated within the Indian Ocean’s Mozambican channel, nestled between Madagascar and Mozambique. This Small Island Developing State (SIDS) sits along the ocean’s Southern Route; placing it at a prime advantage for maritime trade, but also squarely within the heroin and wildlife trafficking route between Africa and Asia.

Recent data sourced by UNODC reveals that the amounts of heroin seized along the Indian Ocean trafficking route have more than doubled over 2018 and 2019, with the island State of Comoros sitting right at the heart of this strategic passage between the two continents. Wildlife trafficking has also seen a boon due to widespread poverty in the region and an increase in the demand for exotic animal products from abroad, fueling the poaching of African wildlife.

The island state is highly dependent on the ocean as a means of sustenance, and its primarily coastal population is often employed in the fishing industry. This is what led the nation to delineate the Comoros’ Exclusive Economic Zone (EEZ), a vast expanse of water whose maritime boundaries border with those of the Seychelles, Mozambique, Tanzania, Madagascar and Mayotte.

The challenges in patrolling such an extensive territory cannot be understated, particularly when Comoros population is dependent on the trade and fishing industries flourishing within the borders of the EEZ. To protect this most precious resource from maritime crime, in 2020 the State embarked on a thorough review of the outdated Penal Code; to continue build on their successes in terms of maritime trade and industry by strengthening its primary legal framework.

To incorporate the Convention on the Law of the Sea (UNCLOS) into its new national legislation, Comoros sought out the assistance of the UNODC Global Maritime Crime Programme (GMCP). By February 2021, with UNODC’s legal and technical support, the country promulgated the new Penal Code; amending specific provisions on maritime crimes, in a bid to align these with international law.

Furthermore, UNODC hosted a law of the sea training in Comoros that convened experts on maritime law enforcement as well as prosecutors and magistrates. The event was the culmination of many years of close collaboration and fostering synergies across local government and law enforcement officials. Attendees were briefed on the powers and duties of coastal states across maritime zones, the 'exclusive flag state jurisdiction' principle on the high seas, and how to intercept vessels suspected of being involved in maritime crimes.

With the support of the European Union and the Bureau of International Narcotics and Law Enforcement Affairs of US Department of State, the training was a complete triumph; further strengthening the existing collaboration between the United Nations Office on Drugs and Crime and the Union of Comoros.