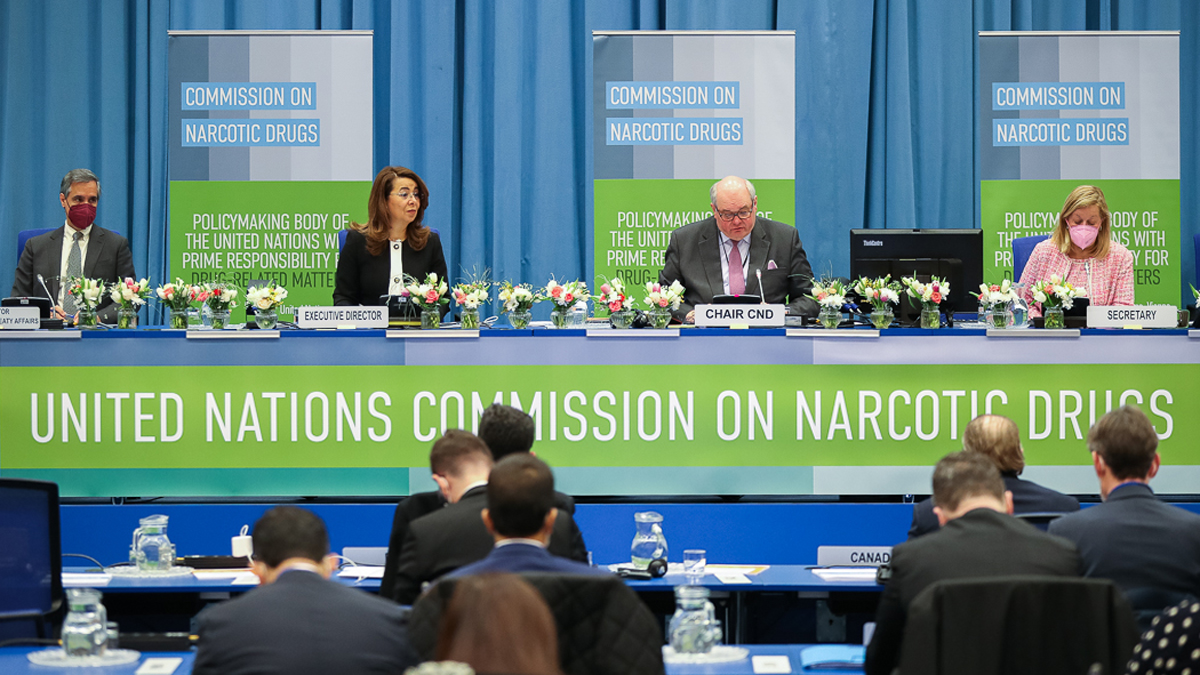 Vienna (Austria), 18 March 2022 — The sixty-fifth session of the Commission on Narcotic Drugs (CND) concluded today, after five days of discussions focused on the implementation of international drug control treaties and drug policy commitments.

Ghada Waly, Executive Director of the United Nations Office on Drugs and Crime (UNODC), highlighted in her closing remarks to the sixty-fifth session that "the international drug control system has stood for decades, preventing the misuse of potentially harmful substances, while governing their use for medical and scientific purposes". "The Commission continues to act as a key platform for governments, experts, international organizations, civil society, academia, youth, and all other stakeholders to address the world drug problem," she added.

The work of the Commission in its sixty-fifth session

During the week, Member States exchanged views on the implementation of the international drug control treaties and drug policy commitments. Discussions also revolved around the work of the Commission’s subsidiary bodies in Africa, Asia and the Pacific, Europe, Latin America and the Caribbean, and the Near and Middle East. These bodies foster regional exchange among national law enforcement authorities of good practices and lessons learned in addressing and countering the world drug problem.

The session also gave the international community an opportunity to reflect on the Commission’s contributions to the review and implementation of the 2030 Agenda for Sustainable Development.

In the margins of the sixty-fifth session of the CND, over 120 side events were held online on topics including, but not limited to: access to controlled substances for medical and scientific purposes; evidence-based prevention and treatment; incorporating gender and youth perspectives in drug policy; promoting alternative development; countering illicit drug trafficking and addressing links between drug trafficking and other forms of organized crime; ensuring that no one affected by the world drug problem is left behind; addressing new psychoactive substances; strengthening international cooperation; and adapting to the COVID-19 pandemic in addressing and countering various aspects of the world drug problem.

On the opening day of the session, the Commission, together with UNODC, the World Health Organization (WHO) and the International Narcotics Control Board (INCB), held a Joint Call for Action on scaling up the implementation of international drug policy commitments to improve the availability of, and access to, controlled substances for medical and scientific purposes. The Joint Call for Action underscored the importance of sustainable funding in this area, in a bid to ensure that no patient is left behind by the world drug problem.

The CND is the main policymaking body of the United Nations (UN) in drug-related matters, and a governing body of UNODC. The Commission is the forum for Member States to exchange knowledge and good practices in addressing and countering the world drug problem.

65th Session of the CND

Subsidiary bodies of the CND