Pretoria - From 18 January to 20 January 2011 the United Nations Office on Drugs and Crime (UNODC) Regional Office Southern Africa hosted the final Expert Group Meeting (EGM) for the drafting of an In-depth Training Manual on Investigating and Prosecuting the Smuggling of Migrants in Pretoria, South Africa. 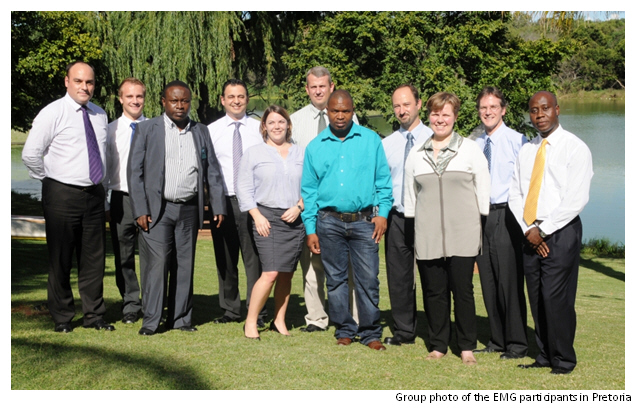 Migrants smuggling has become an increasing challenge affecting virtually every country in the world, either as a country of origin, transit or destination. As the guardian of the United Nations Convention against Transnational Organized Crime and its supplementary protocols, the primary goal of UNODC with respect to combating the smuggling of migrants is to promote global adherence to the Migrant Smuggling Protocol and to assist States in their efforts to effectively implement it.

In order to assist the States in implementing the Smuggling of Migrants Protocol, the In-depth Training Manual is intended to be used in the delivery of training to criminal justice practitioners, including law-enforcement agents and prosecutors. It builds on and complements the fundamentals covered in the Basic Training Manual for Investigating and Prosecuting Migrant Smuggling, which was published in 2010.

This final EGM followed two previous meetings held in Vienna, Austria and Bangkok, Thailand. Ten criminal justice practitioners from Belgium, Ghana, South Africa, Sweden, the United Kingdom and the United States of America came together, including representatives of the South African Department of Home Affairs and investigators assigned to foreign missions in Pretoria.  During the meeting, Modules covering topics ranging from Indicators of Migrant Smuggling and Investigative Techniques to International Cooperation in Criminal Matters and Sentencing were reviewed and finalized.  As during the previous EGMs, the diverse backgrounds of the participants ensured that different perspectives, experiences and expertise are reflected in the manual.

Upon completion of the Manual during the course of 2011, the In-Depth Training Manual for Investigating and Prosecuting the Smuggling of Migrants will be made available for adaptation and implementation in different regions and countries within various legal systems, including through the integration into the training programs of national training institutes.