International Day for the Abolition of Slavery

"Despite the considerable efforts of Governments, civil society and the international community, we still live in a world blighted by slavery and slavery-like practices.  Millions of human beings are subjected to an existence that is almost unfathomable in its degradation and inhumanity.

Debt bondage, serfdom and forced labour; trafficking in persons and trafficking for the purpose of organ removal; sexual exploitation, the worst forms of child labour, forced marriage, the sale of wives, widow inheritance, and the forced recruitment of children for use in armed conflict - these are among the manifestations of slavery today. All are crimes and egregious violations of human rights" 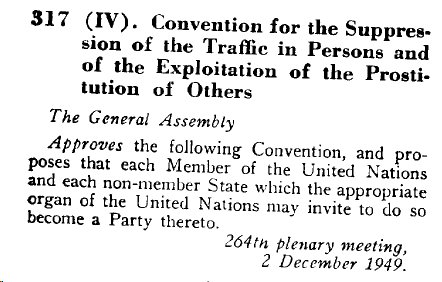 The focus of this day is on eradicating contemporary forms of slavery, such as trafficking in persons, sexual exploitation, the worst forms of child labour, forced marriage, and the forced recruitment of children for use in armed conflict.

Today, trafficking in persons is an issue of global concern, affecting almost all countries. According to ILO estimates, the minimum number of persons in forced labour, including sexual exploitation, at any given time as a result of trafficking is 2.45 million. The inhumane activity involves coercion, abuse of power and human rights violations. The crime of trafficking in persons for the purposes of  exploitation be it for labour, sexuality or organs, presents a distinctive set of challenges to most countries. Yet conditions in the current era of globalization such as the growth of informal economies and economic disparities between nations, increasing flows of labour and commodities across international borders, and transnational organized criminal networks are causing human trafficking to flourish on a global scale.