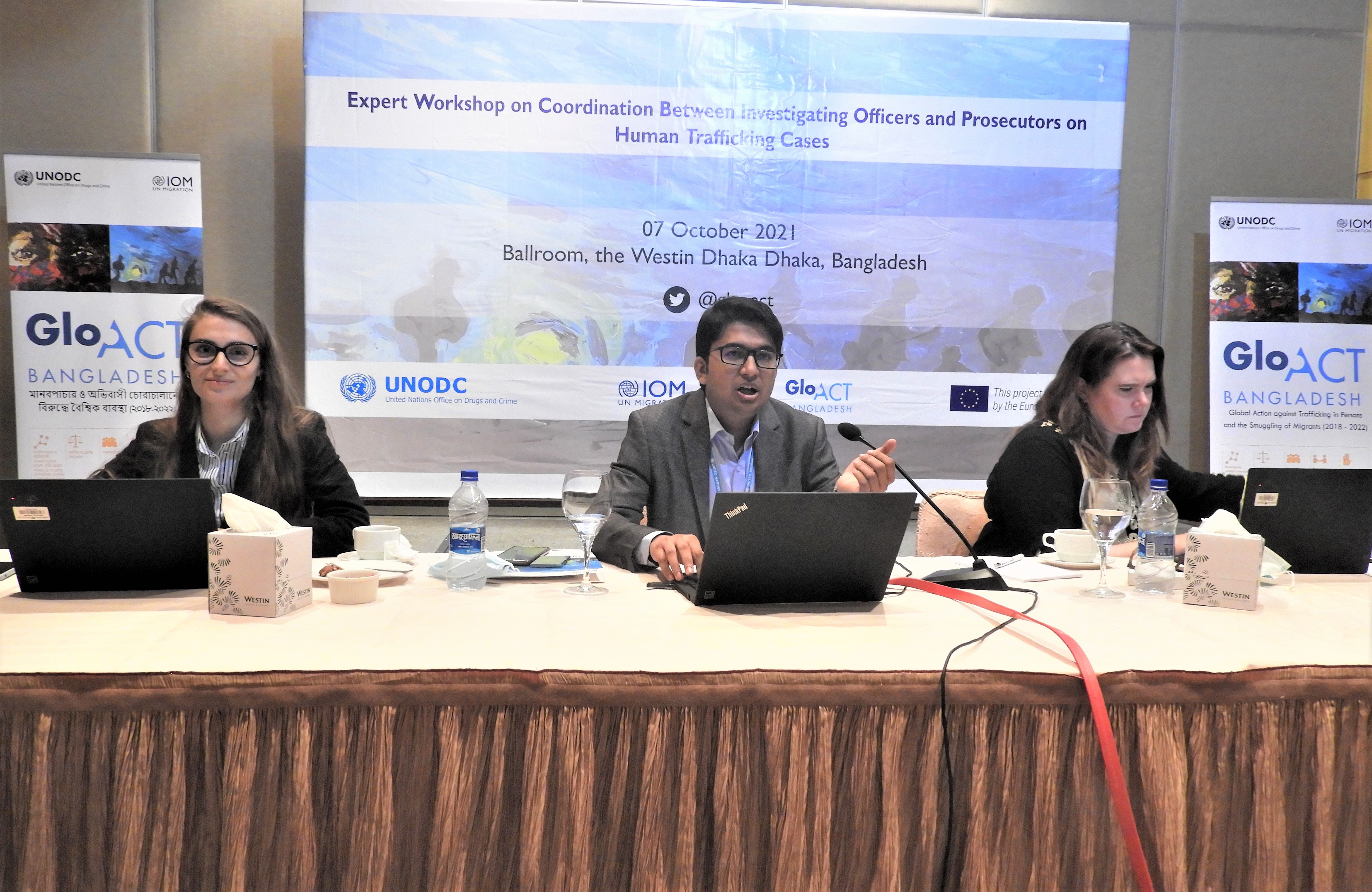 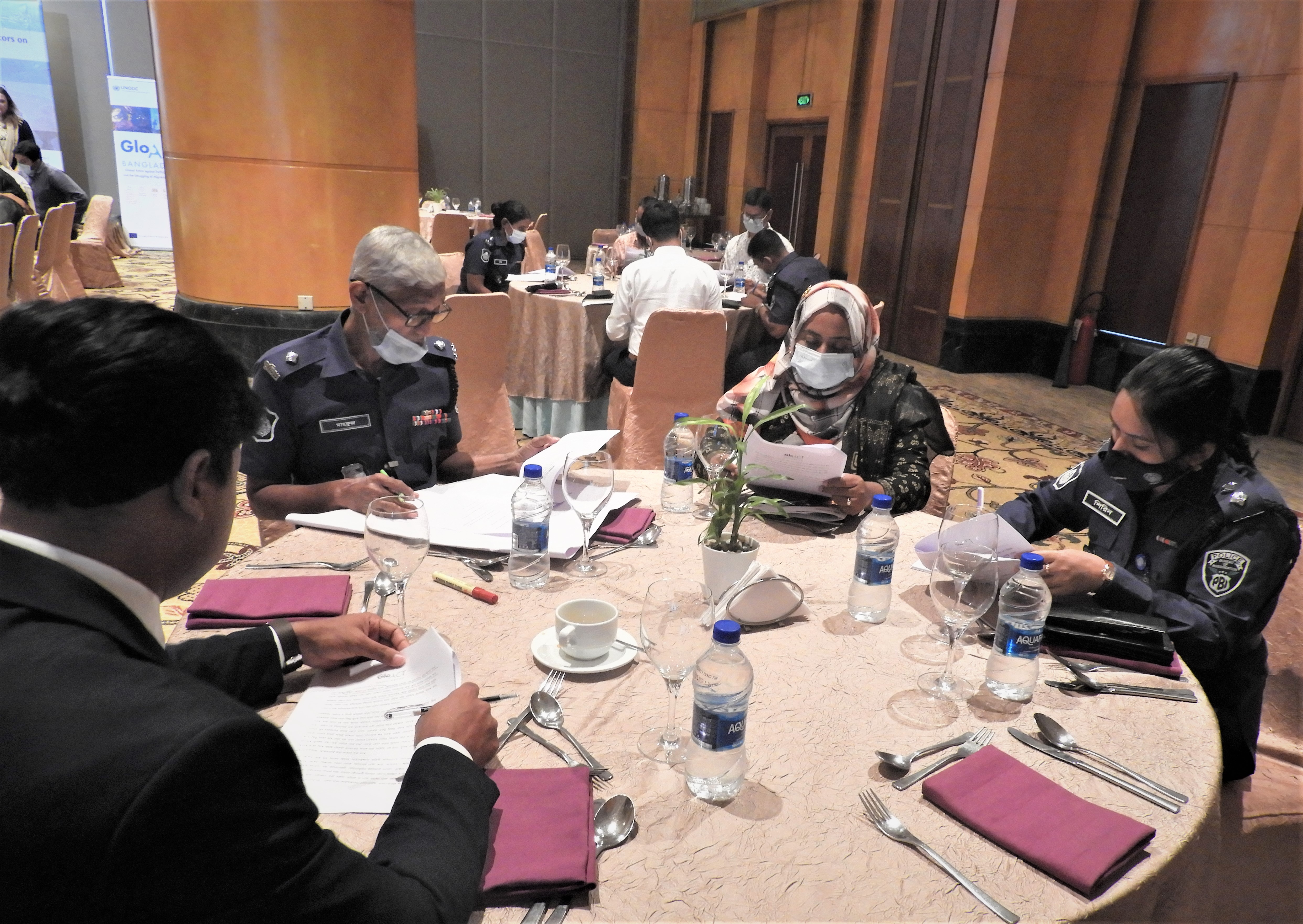 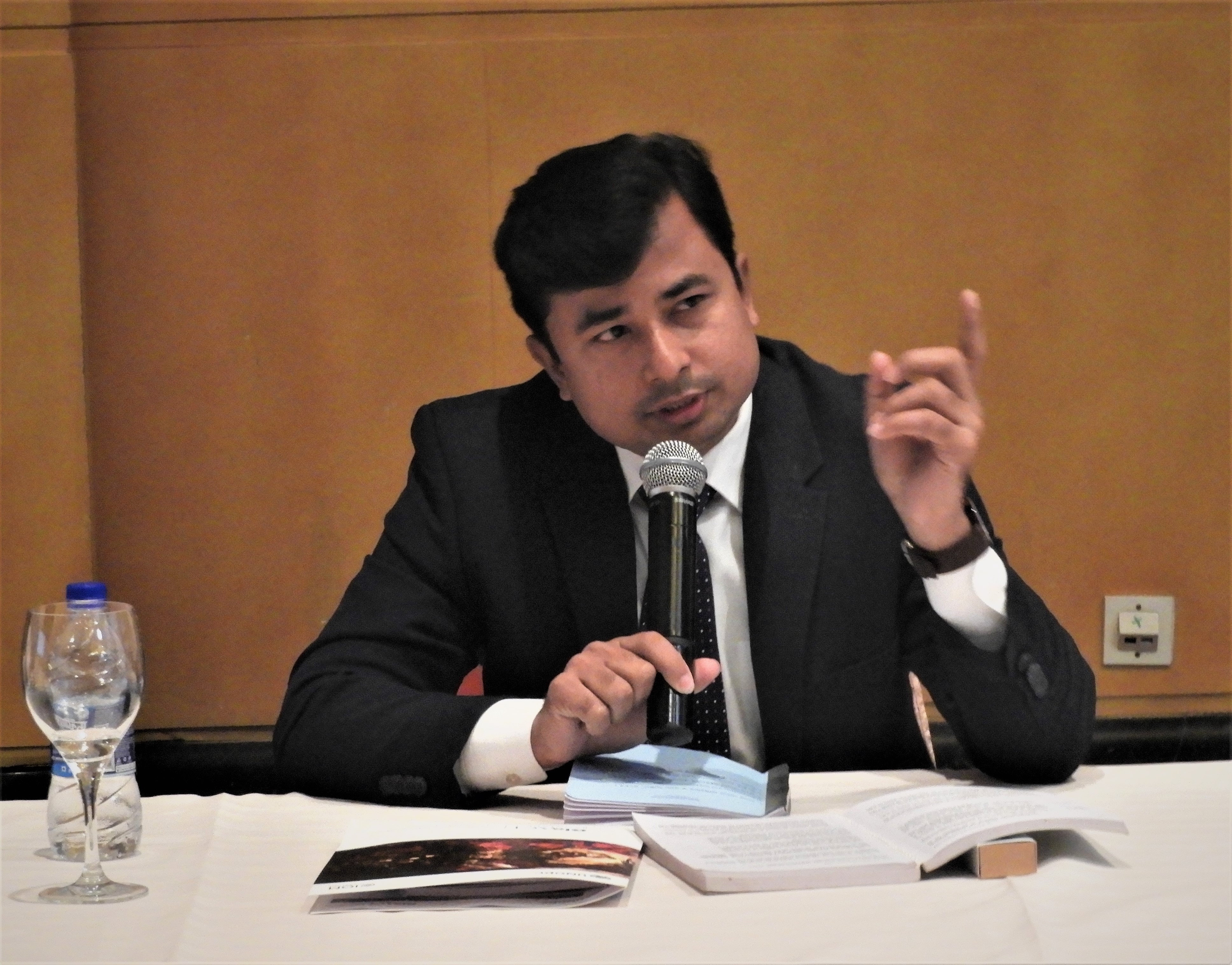 Dhaka, Bangladesh – 8 December 2021 – Bangladesh is a source country for human trafficking for labor and sexual exploitation. In an effort to address the issue, the Government of Bangladesh established seven anti-trafficking tribunals across the country. From prior consultation with the relevant actors, it emerged the need to deepen the collaboration between Investigating Officers (IOs) and prosecutors. Thus, UNODC, under the framework of the Global Action against Trafficking in Persons and the Smuggling of Migrants – Bangladesh (GLO.ACT-Bangladesh) organized an expert workshop on 7 October 2021 with IOs and Prosecutors to foster their collaboration and advocate for a victim-centered approach. . The event brought together 21 participants (4 female/17 male), including IOs from Police Bureau of Investigation (PBI) and Criminal Investigation Department (CID), and prosecutors from specialized tribunals and different judicial levels of Bangladesh.

In her opening remarks, Aimée Comrie, UNODC GLO.ACT Project Coordinator, outlined the work UNODC undertakes to tackle Trafficking in Persons (TIP) and Smuggling of Migrants (SOM) and discussed the challenges and benefits of a solid cooperation between IOs and prosecutors in human trafficking cases. She highlighted that by actively involving prosecutors, reliance on victim testimony could lightened, especially when victims are unwilling to continue litigation, fearing social stigma. Meanwhile, Mahdy Hassan, GLO.ACT-Bangladesh National Project Coordinator, introduced the work and key achievements of GLO.ACT in the country. He then presented the provisions on coordination between IOs and prosecution in the existing national legislations.

Participants were invited to analyze and discuss a case study, with the objective to come up with a coordinated victim-centered investigation and prosecution. The exercise gave the opportunity for IOs and prosecutors to share their experiences with each other and formulate recommendations to efficiently address their respective challenges, such as: