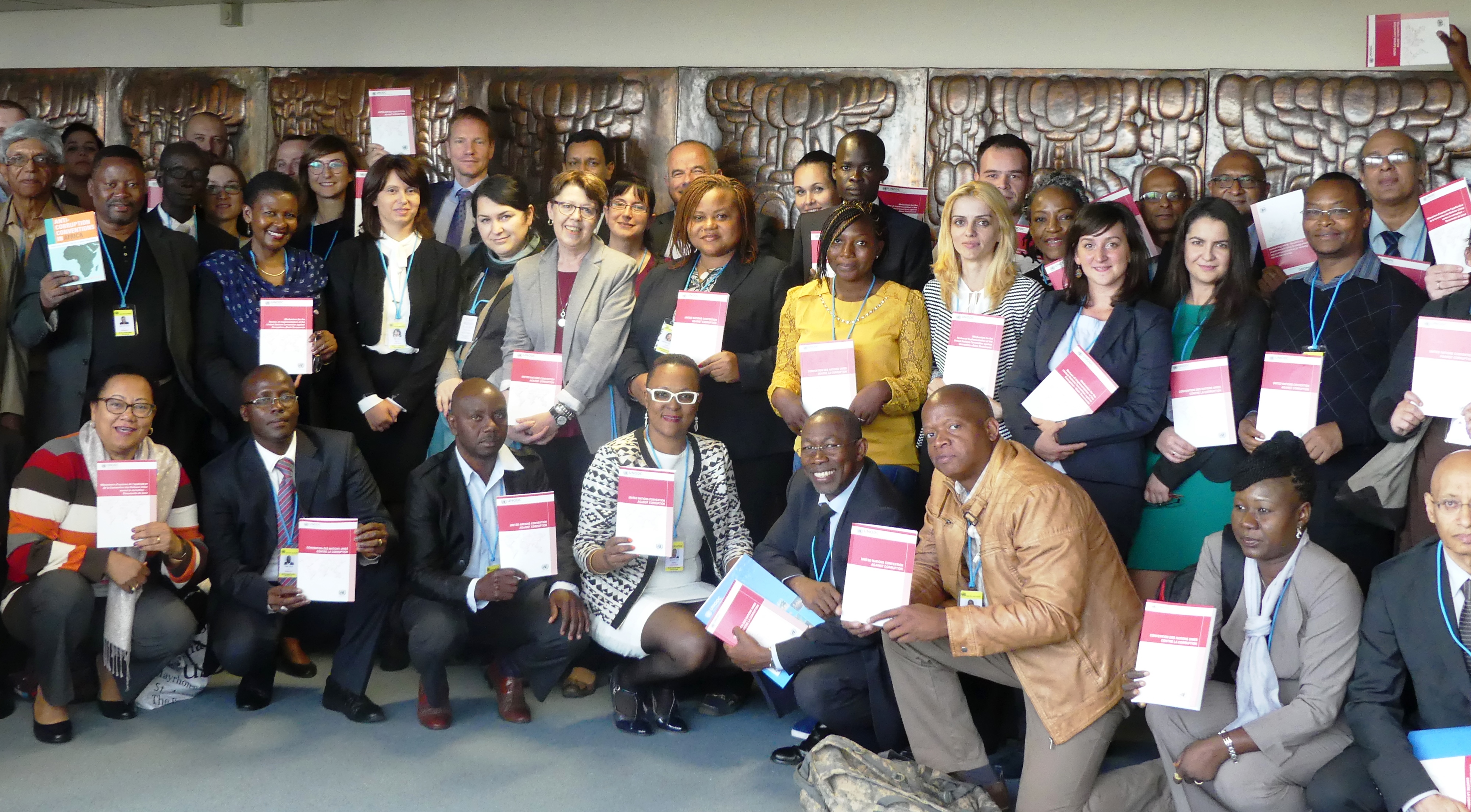 4 October 2016 - Cooperation between Governments and Civil Society Organizations (CSOs) in implementing the United Nations Convention Against Corruption (UNCAC) and its second review cycle to prevent and fight against corruption was the focus of a recent multi-stakeholder workshop held at the UN Headquarters in Vienna, Austria. Jointly organized by UNODC and the UNCAC Coalition, the workshop brought together 63 participants from 18 African and Southeast European countries to develop the participants' capacity to contribute to the implementation of UNCAC and its Review Mechanism, as well as specifically encourage them to work together effectively during the second cycle review.

The workshop - supported by the Austrian Development Agency (ADA) and opened by Ambassador Dr. Helmut Böck, Austrian Foreign Ministry - was the first multi-stakeholder workshop gathering representatives from two different regions: Africa and Southeast Europe. This transcontinental and multi-stakeholder approach led to successful sharing of experiences, good practices and allowed to build relationships and networks that will shape future work in the arena of anti-corruption. Hence, it was underscored many times that CSOs play a crucial role in the fight against corruption, acting as a bridge between governments and citizens. CSOs were further described as key partners in the development of a country and crucial allies to share information and raise awareness.

In addition to plenary sessions, the Workshop included structured discussions and practical group exercises based on country review simulation and role reversal. When representatives from governments had to play the role of CSOs, it was raised that political neutrality, independent funding, legitimacy, structure, expertise, ability to advocate, closeness to the public, commitment, and common interest were fundamental arguments to persuade governments to involve CSOs in the upcoming second review cycle of the UNCAC.

Good practices were further shared among participants to involve CSOs in the UNCAC review process. From the governments' perspective, some institutions indicated that they had signed Memoranda of Understanding (MoUs) with CSOs in order to advance the fight against corruption. A Government from Western Africa for example, gives quarterly update to CSOs regarding anti-corruption activities and monitoring strategies, while representatives from civil society, including education institutions and the media, have been appointed as Members to the Anti-Corruption Commission Advisory Board. From the civil society angle, many experiences were also presented. One Transparency International (TI) Chapter from Eastern Africa for example, drew the attention to their appointment, together with another CSO, in the national steering committee for the UNCAC review process. It mobilized civil society to complement the work of the committee, which compiled all inputs into an objective final review report, and from which a number of recommendations are currently under implementation. "[Our] experience in the last review was different in the sense that we did not have a governmental process and a civil society process, what we had was really a national process", said M. Samuel Kimeu, Executive Director of the TI Chapter.

The  UN Convention against Corruption is the only legally binding, universal, anti-corruption instrument, and its Article 13 calls on society, including non-governmental organizations, community-based organizations and civil society, to actively participate in combating corruption. To date, 286 civil society organizations have been trained worldwide under the UNODC Civil Society Programme with the aim of providing the necessary tools to work with governments and the private sector on implementing the Convention.