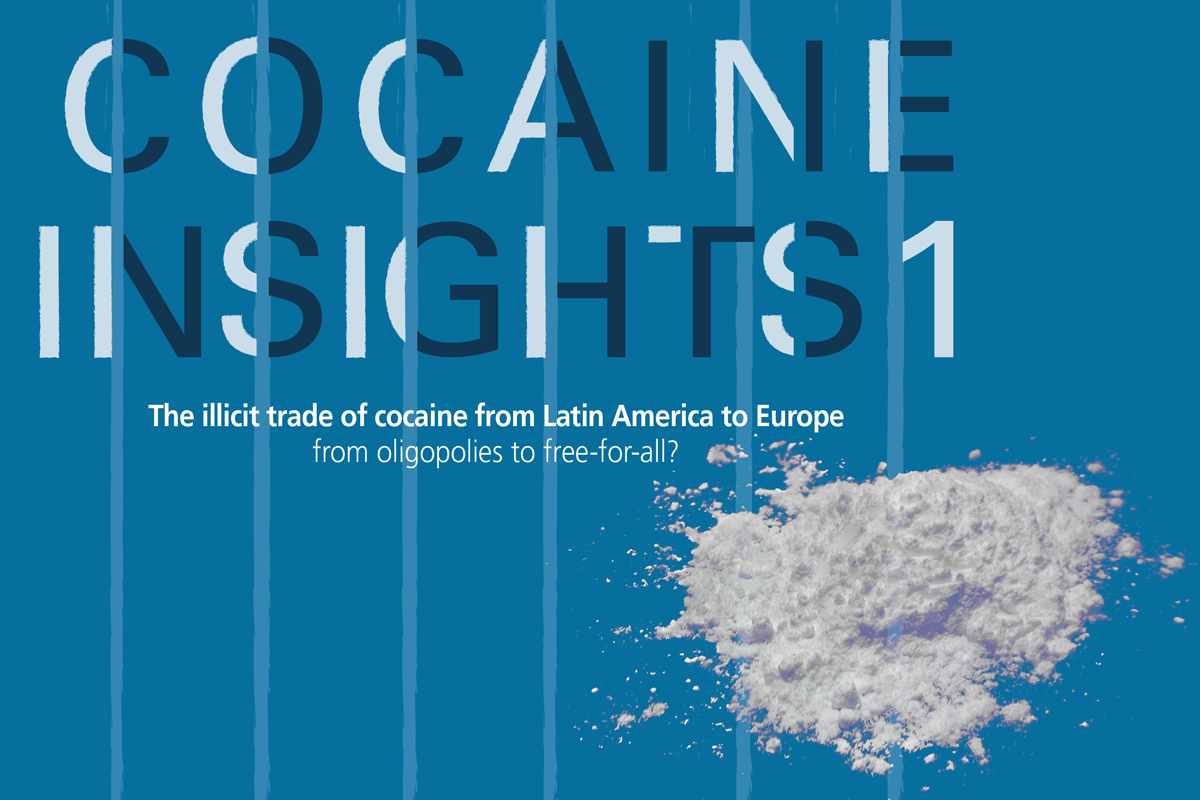 Vienna, 7 September 2021 - With well-defined locations of production in South America, and large consumer markets in both the Americas and Europe, the cocaine market and the global trafficking routes present a real transnational threat. Recent estimates suggest that in Western and Central Europe alone, some 4.4 million people used cocaine in the past year, making it the second most popular drug in the region after cannabis.

Against this background, UNODC and Europol have released the first report in a new series: ‘Cocaine Insights.’ Focusing on the cocaine trade from Latin America to Europe, the report highlights a significant increase in cocaine supply to Europe, a diversification of trafficking groups, and shifting points of entry into Europe.

At an event organized by UNODC Research and Trend Analysis Branch and held as part of the work programme of CRIMJUST - Strengthening criminal justice cooperation along drug trafficking routes within the framework of the Global Illicit Flows Programme of the European Union, experts from Europol and UNODC discussed the key findings and policy implications. Over 110 participants from around the world interacted with four experts and more than ten questions were answered.

Chloé Carpentier, Chief of the Drug Research Section at UNODC, highlighted how “the current dynamics of diversification and proliferation of cocaine supply channels, criminal actors and modalities are likely to continue, if left unchecked.”

Julia Viedma, Head of Department of the Operational and Analysis Centre at Europol said that “cocaine trafficking is one of the key security concerns we are facing in the EU right now. Nearly 40% of the criminal groups active in Europe are involved in drugs trafficking, and the cocaine trade generates multi-billion euro in criminal profits. Understanding better the challenges we face will help us to counter more effectively the violent threat that cocaine trafficking networks represent to our communities.”

The series ‘Cocaine Insights,’ developed by UNODC in the framework of the CRIMJUST programme and in cooperation with partners and stakeholders at national, regional, and international levels, delivers the latest knowledge and trends on issues related to cocaine markets in an accessible and informative format. This series of publications will cover topics and developments related to the illicit cocaine trade, its impact, and the outlook for the future.