FIFTIETH SESSION OF THE SUBCOMMISSION 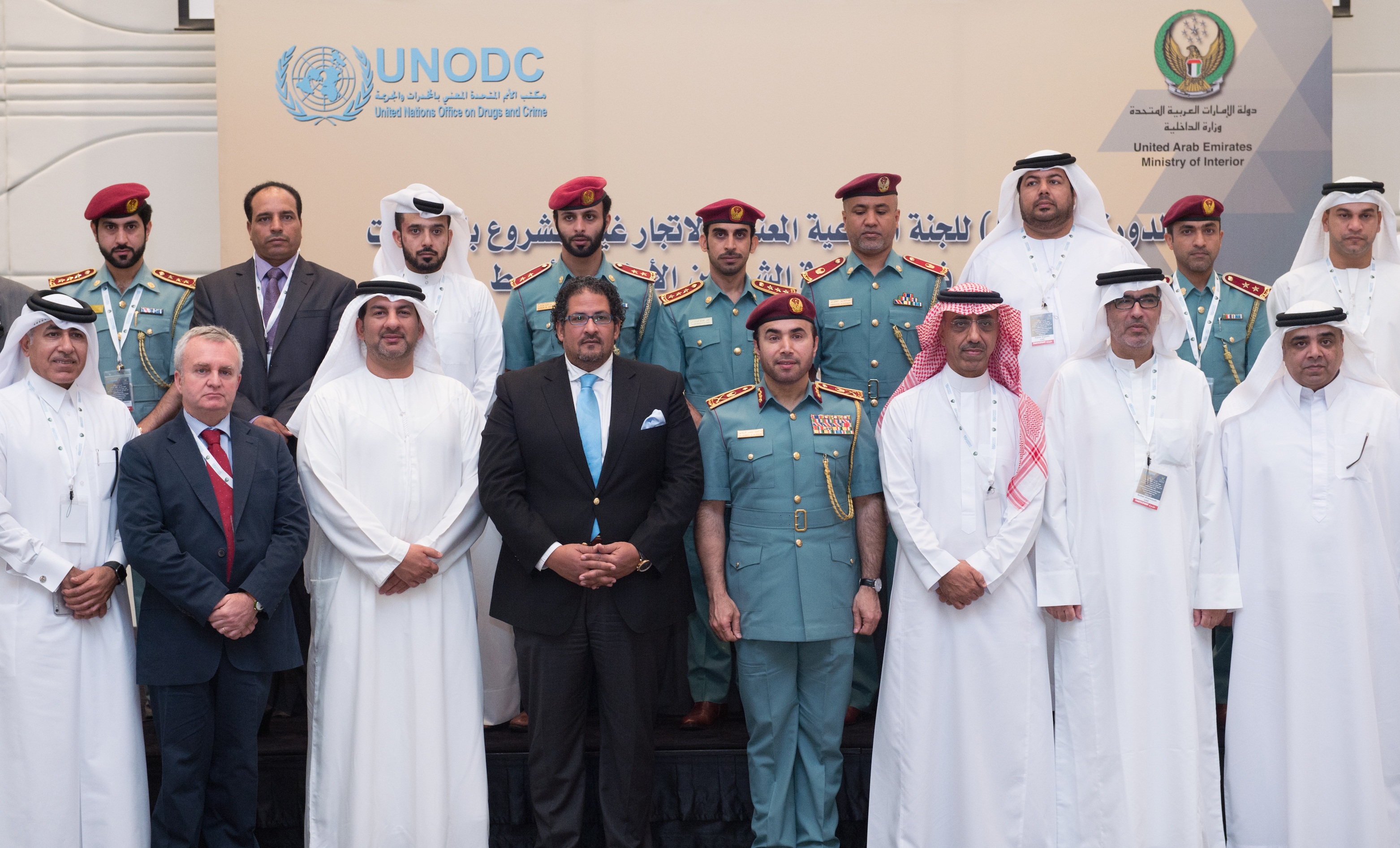 The Subcommission on Illicit Drug Traffic and Related Matters in the Near and Middle East convened for their 50th meeting in Abu Dhabi from 8 to 12 November 2015.

The meeting covered a wide range of issues, including: counteracting new trends in the use of technology by drug traffickers; the dynamics and current trends of the region's illicit drug markets; measures to counter money-laundering and illicit financial flows. Overall, participants reported significant increase in trafficking and abuse in the countries of the region of opiates of Afghan origin, ATS (particularly Captagon), NPS, cocaine and pharmaceutical preparations such as Tramadol, of various origins. The meeting was attended by representatives of 10  Near and Middle East States plus observers from Canada, Germany, the Russian Federation, UK and US  and by the Gulf Criminal Information Centre to Combat Drugs and the Arab Interior Ministers Council.

The recommendations of the meeting will be presented to the 59th session of the Commission for its consideration. Under the agenda item "Follow-up to the Political Declaration and Plan of Action on International Cooperation towards an Integrated and Balanced Strategy to Counter the World Drug Problem, in preparation for the special session of the General Assembly on the world drug problem to be held in 2016" delegations discussed how they could best contribute to the preparations for the 2016 special session, drawing on their regional experience, with a view to ensuring the implementation of the Political Declaration and Plan of Action by 2019. In this connection, the meeting adopted an "Abu Dhabi Declaration" that provides the required regional, Near and Middle East perspective to the UNGASS preparations and is meant to be adopted by the next session of CND in the form of a resolution.