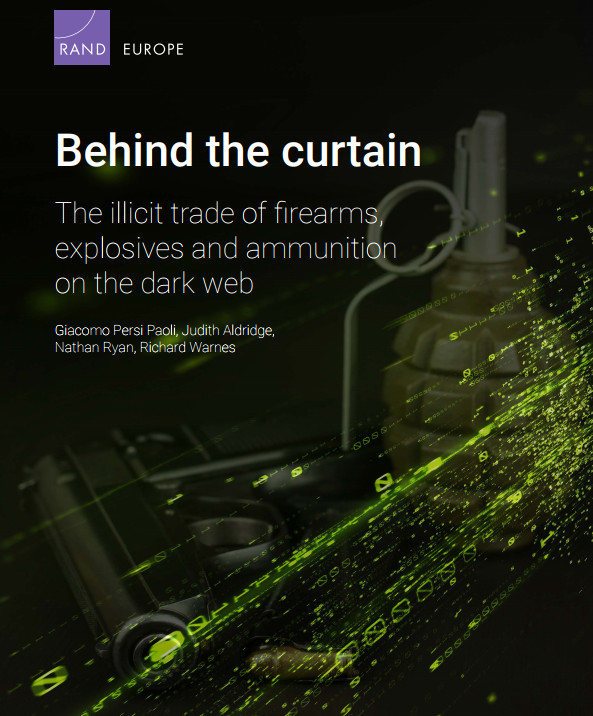 19 July 2017 - After several months of in depth research, analysis and expert consultations, on 20July 2017 Rand Europe launched its report "Behind the Curtain: The illicit trade of firearms, explosives and ammunition on the dark web" ( https://www.rand.org/randeurope/research/projects/international-arms-trade-on-the-hidden-web.html). It constitutes the first empirical investigation of firearms trafficking on crypto markets administered on the dark web.

The research shows that illicit arms trafficking on the dark web constitutes a reality that not only increasingly attracts public attention, but also has devastating consequences, as shown by recent armed attacks in Munich and Paris.

As part of its support to the Rand Europe research project, UNODC, through its Global Firearms Programme, undertook an initial effort to shed light on the fundamental question of whether and to which extent, the already existing international legal framework provides an adequate and effective response to this new phenomenon.

Looking at the Organized Crime Convention, its supplementing Firearms Protocol as well as the Arms Trade Treaty, the UNODC annex discusses the applicability of those instruments to cases of arms trafficking on the dark web, and describes measures that contribute to tackling the phenomenon from a legal and operational perspective. The findings of this initial analysis can be found on pages 95 to 105 of the above report.

UNODC will continue to creating platforms for discussing and identifying approaches to tackling firearms trafficking on the dark web.

The side event to the 26 th session of the CCPCJ on "Web-based Arms Trafficking: Investigating the illegal trade of firearms through the hidden web" [ http://www.unodc.org/unodc/en/firearms-protocol/news/the-government-of-the-united-kingdom--rand-europe-and-the-unodc-global-firearms-programme-and-global-programme-on-cybercrime-discuss-illicit-arms-trafficking-on-the-hidden-web.html]

The side event to the 8th session of COP on the illegal firearms trade through the hidden web [ http://www.unodc.org/unodc/en/firearms-protocol/news/unodc-organizes-with-the-uk-and-rand-a-side-event-to-the-8-th-cop-about-web-based-arms-trafficking.html]