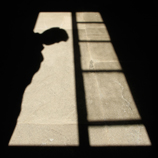 1 December 2015 - Recently, UNODC participated in the 8th session of the Forum on Minority Issues on behalf of the United Nations Network on Racial Discrimination and Protection of Minorities, which took place in Geneva, from 24 to 25 November. The Forum heard from experts and minority groups as they recounted the plight of their members. They also made a call to end the impunity for those infringing on the fundamental human rights of individuals belonging to minority groups.

The Forum provided a unique opportunity for States, minority communities, United Nations bodies and specialized agencies, academics and other experts to discuss the various challenges that minorities face globally in the administration of criminal justice. At the Forum's opening, Rita Izsák, United Nations Special Rapporteur on minority issues, said that globally, "persons belonging to national or ethnic, religious and linguistic minorities face recurrent violations of their rights when they come into contact with the criminal justice system."

From police stops through pre-trial detention to sentencing, individuals belonging to national or ethnic, religious and linguistic minority groups are at risk of discrimination, harassment or even violence. They are often underrepresented in law enforcement authorities and are vulnerable to human rights violations such as illegal and excessive use of force and firearms or racial profiling. Discriminatory treatment against minorities stemming from stereotypes and biases on the part of criminal justice officials-such as their statements being considered less credible or facing heavier burden of proof than non-minorities-continues to be pervasive around the world.

Minorities are also overrepresented in detention facilities. In the closed environment of detention, the discrimination and stigmatization that minorities may experience in the general society are harsher. Discrimination against minorities in judicial proceedings is also a widespread challenge in fair administration of justice in many countries.

At the Forum, UNODC represented the United Nations Network on Racial Discrimination and Protection of Minorities. This body, established by the Secretary-General in 2012, is a group of over 20 United Nations offices, funds and agencies which promotes dialogue and coordination within the UN system in the field of racial discrimination and protection of minorities. As the UN entity mandated with criminal justice reform and crime prevention, UNODC produced a set of good practices and practical measures in combating racial discrimination and protecting rights of minorities in the criminal justice system, with input from members of the Network. The good practices shared include: recruiting persons from minority backgrounds of all genders in law enforcement agencies; making specialized training available to criminal justice officers; and making the policy of non-discrimination an integral part of prison staff training.

At the Forum, to mark the International Day for the Elimination of Violence against Women on 25 November, UNODC also co-organized an expert panel on protection of minority women facing discrimination and violence in the criminal justice system.

The 8th session of the Forum on Minority Issues

United Nations Network on Racial Discrimination and Protection of Minorities

UNODC's work in access to justice and legal aid