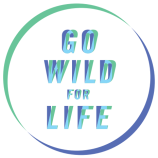 5 June 2016 - This year, World Environment Day, calls for each and every one of us to 'Go Wild For Life'. Driven by UNEP, UNDP, UNODC and CITES, the newly launched campaign aims to tackle the illegal trade in wildlife, and showcases how this crime erodes precious biodiversity and threatens the survival of a range of species.

In his statement for World Environment Day, UN Secretary-General Ban Ki-moon urges people and governments to “overcome indifference, combat greed and act to preserve our natural heritage for the benefit of this and future generations.” He noted that: “This year’s observance of World Environment Day shines a much-needed spotlight on the illegal trade in wildlife. There is grave cause for alarm.”

In his statement for the Day, UNODC Executive Director Yury Fedotov points to the devastating impact of wildlife crime: "Many of our planet's finest animal and plant species are being pushed to the edge of extinction due to the barbarous acts of organized crime. But wildlife crime is not simply about the disappearance forever of iconic species. This crime hinders economic and social development and negatively impacts security. Wildlife crime deprives people of a sustainable livelihood. These crimes are also closely connected to fraud, money laundering, human trafficking, corruption and brutal violence, among other crimes".

3 March is World Wildlife Day, reminding us that the future of wildlife is #InOurHands. Organized crime is impacting the world’s forests and animals. Criminal networks are generating massive illicit profits at the expense of these fauna and flora and harming the people who depend on them. Share this new video and help encourage people across the globe to get #SeriousAboutWildlifeCrime. Visit http://www.wildlifeday.org to find out more. #WWD2016

Posted by UNODC - United Nations Office on Drugs and Crime on Thursday, 25 February 2016

Meanwhile just last month, UNODC issued the inaugural World Wildlife Crime Report. As the first global wildlife crime assessment, the report highlights how the poaching and illegal trade of thousands of different species across the globe not only present real environmental dangers but ultimately undermine the rule of law by potentially fuelling conflict. The report also urges shared responsibility in tackling this crime given how products made from illegally sourced fauna and flora such as fashion items, furniture, food, and pets, may be hidden in plain sight. UNODC continues to combat these crimes through the ongoing Global Programme on Wildlife and Forest Crime.

At the May's Crime Commission, UNODC also launched an awareness raising campaign which aims at drawing attention from policy makers, Government officials and the general public to the nature of fisheries crime and the possible actions that can be taken.