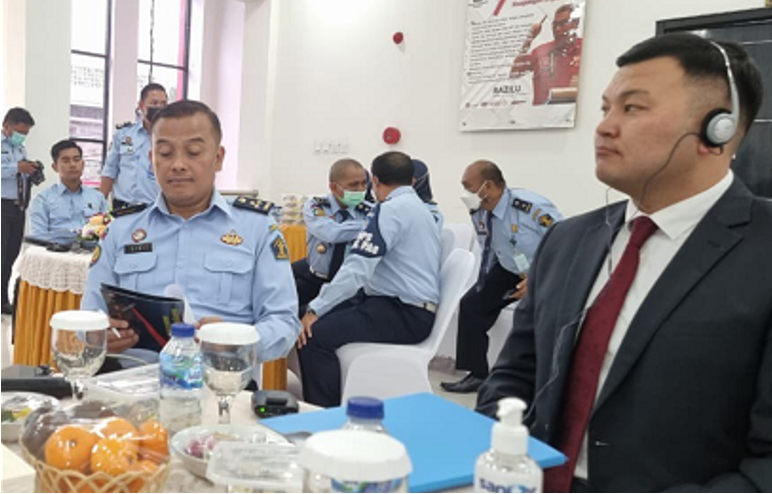 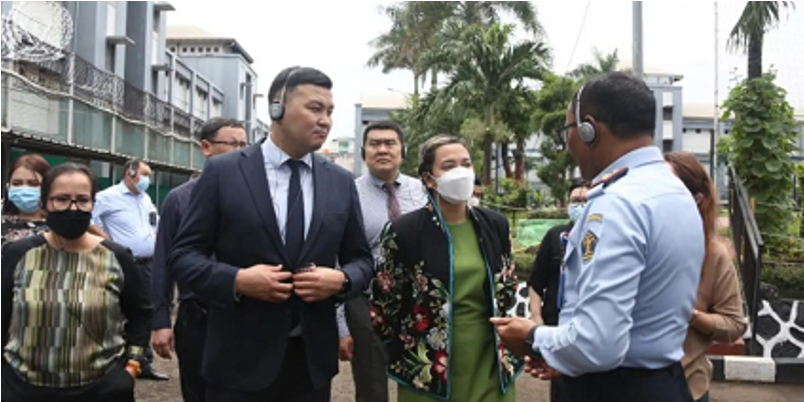 Jakarta, 5-9 December 2022 – In December 2022 UNODC organized a study visit for high-level officials of the Kyrgyz Republic to the Republic of Indonesia to learn from their experience on the supervision of violent extremist and terrorist offenders. Delegates included the Head of Situation Center; Minister of Justice; Deputy Minister of Labor, Social Support and Migration; Chair of the Prison Service; and the Director and other officials from the Probation Department.

During the mission the delegation visited the National Anti-Terrorism Agency, where they discussed the role of the agency in coordinating the efforts of different departments in the rehabilitation and reintegration of persons convicted of violent extremist offences.

At the General Directorate of Corrections Institutions (DGC) and the Bureau of Probation and Parole Liberation of North East Jakarta, the delegates learned about state policy towards those convicted of violent extremist offences, including the role of other ministries and institutions in ensuring an interdepartmental approach.

The Minister of Justice of the Kyrgyz Republic met with representatives of the Ministries of Law and Human Rights, Religious Affairs and Social Affairs, and the National Police of Indonesia. The parties discussed the overall outcomes, challenges and successes of the prison system in Indonesia, the social and religious situation in the country and its impact on prisoners’ rehabilitation and reintegration.

Learning on the ground

The delegates were keen to find out more about the implementation mechanism for mentoring terrorist offenders in the North East Jakarta Correctional Centre, and paid a visit to the Chipinang Prison where a tour was organized to prison facilities, including the block with terrorist offenders. The delegation learned about the security measures for managing violent extremist prisoners, and explored the Correctional Education system that was built in Indonesia, visiting educational facilities. They also visited facilities for cadets at the Correctional Science Polytechnic Institution.

This visit was a part of the ‘Post-release Supervision and Probation of Returning Foreign Terrorist Fighters and Violent Extremist Offenders’ project implemented by UNODC and funded by the U.S State Department’s Bureau of Counterterrorism.