Violent extremism and radicalization to violence in prisons is of increasing concern to the international community. It presents specific technical challenges to Member States, as prison administrations have to focus not only on ensuring the secure and safe custody of violent extremist prisoners, but also on preventing radicalisation to violence within prisons, disengaging prisoners from future violence, and preparing those being released for their reintegration into the community.

UNODC supports Member States in the management of violent extremist prisoners as part of a broader prison reform efforts and in full compliance with international human rights standards, including the United Nations Standard Minimum Rules for the Treatment of Prisoners (the Nelson Mandela Rules) with full attention on age and gender perspectives.

Coming together to prevent radicalization to violence in prisons

From Sportswear to Security: The Management of Violent Extremist Prisoners in Tunisia

Unveiling CRIMINO-TN: The First-Ever Center for Research on Violent Extremism in Tunisia

Prisons as Places of Vulnerability

The United Nations Office on Drugs and Crime (UNODC) and the Government of the Kurdistan Region of Iraq (KRG) address threats posed by foreign terrorist fighters (FTFs) through technical assistance to law enforcement, corrections, and justice sector 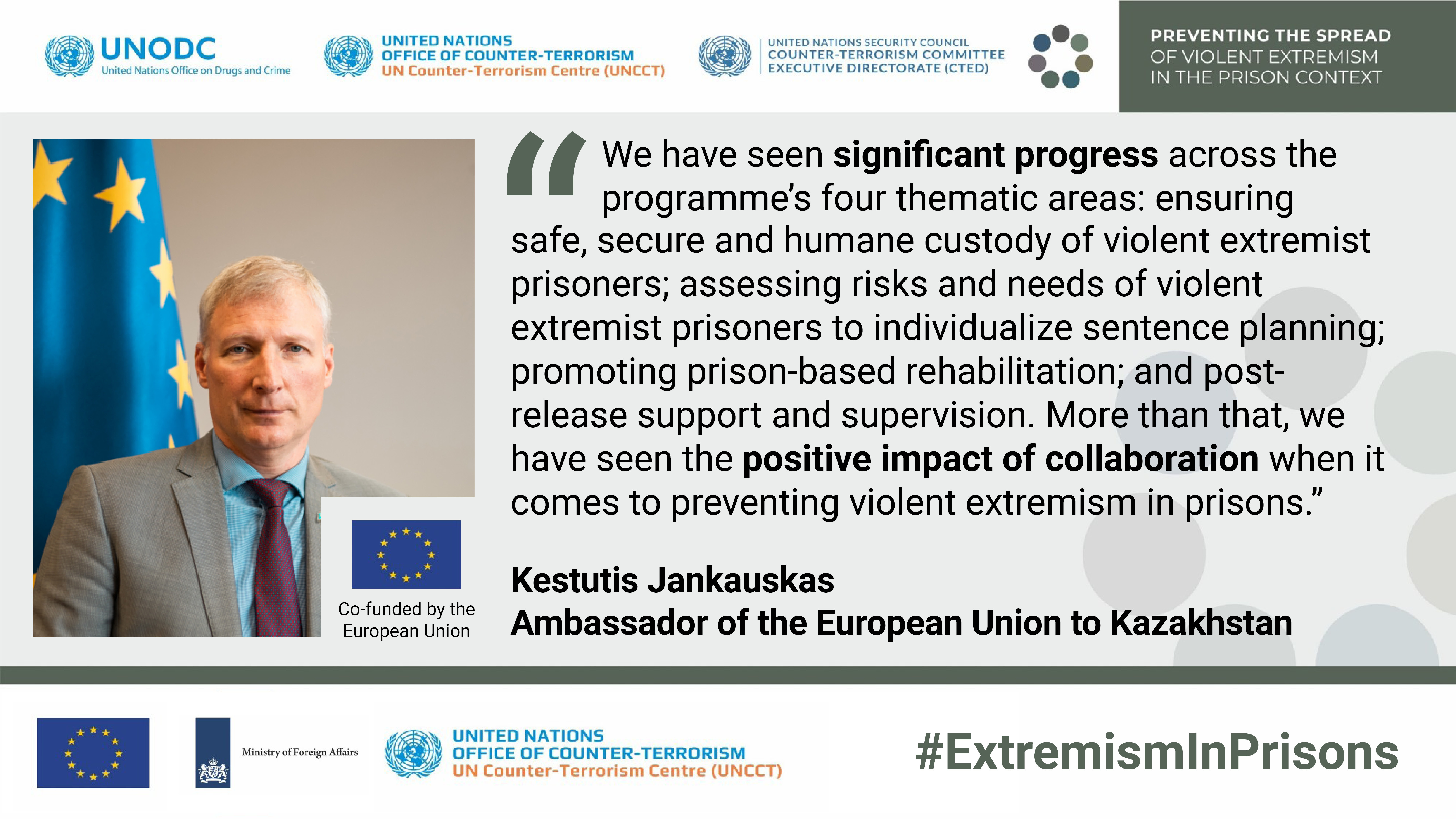 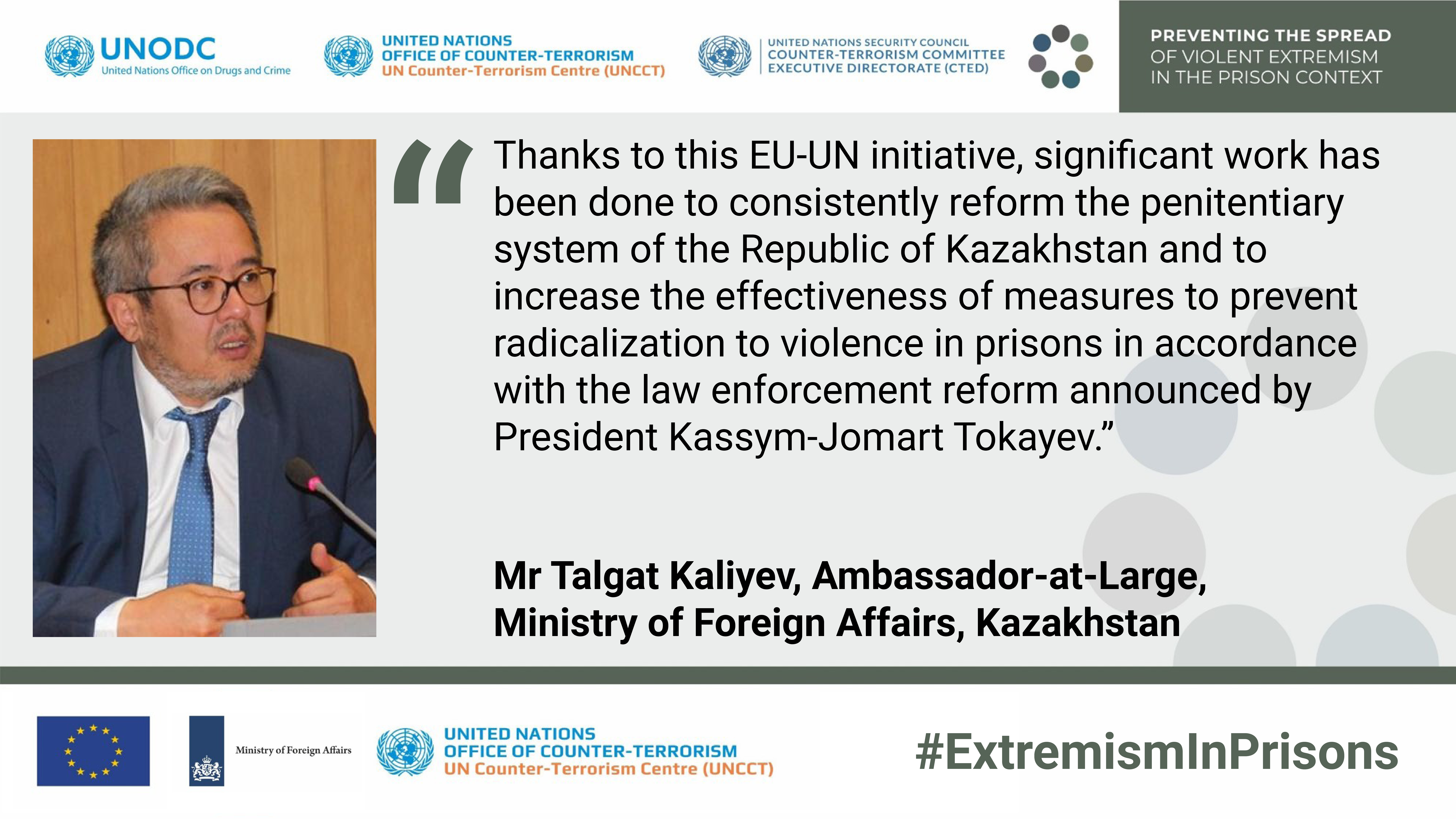 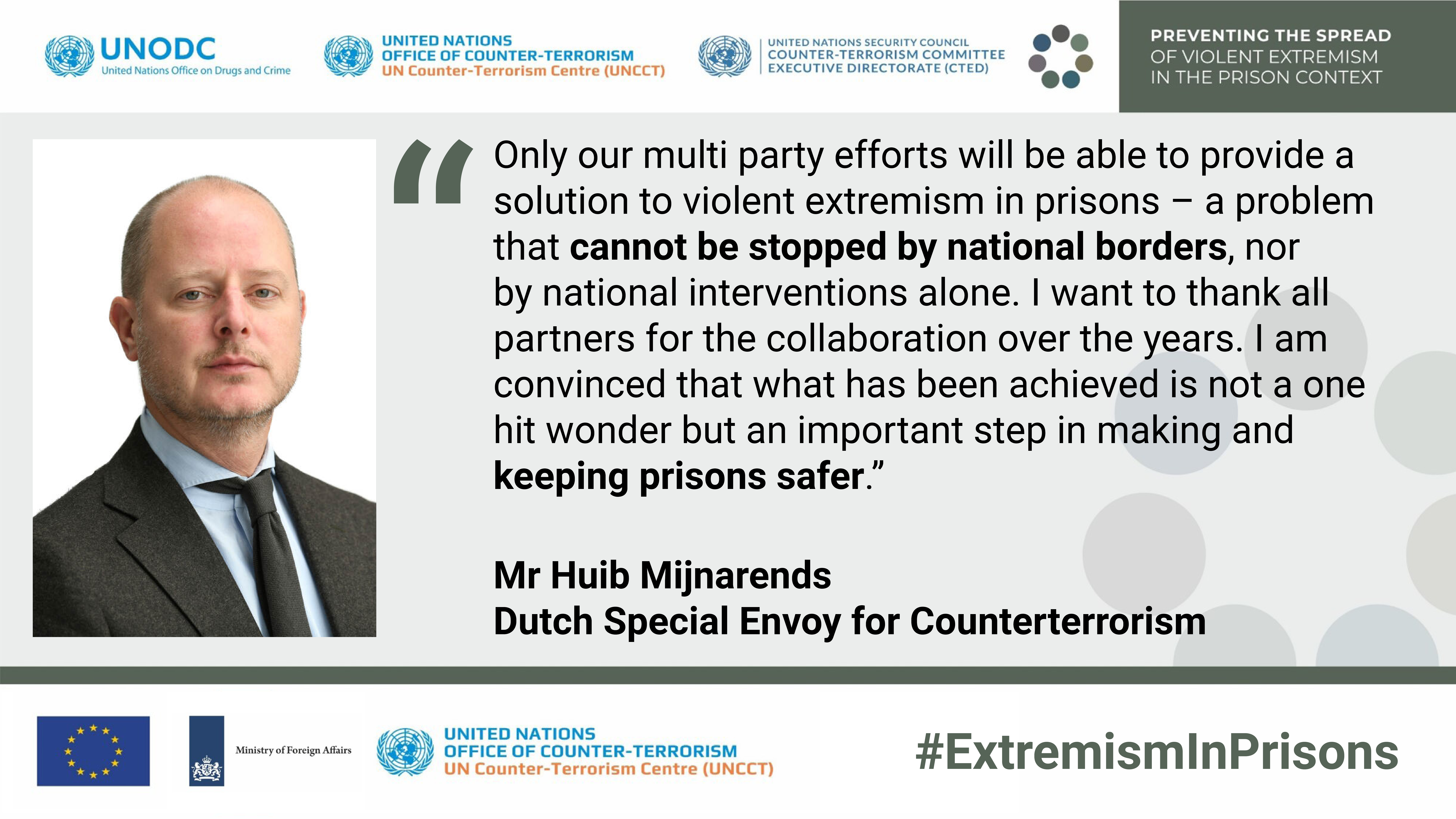 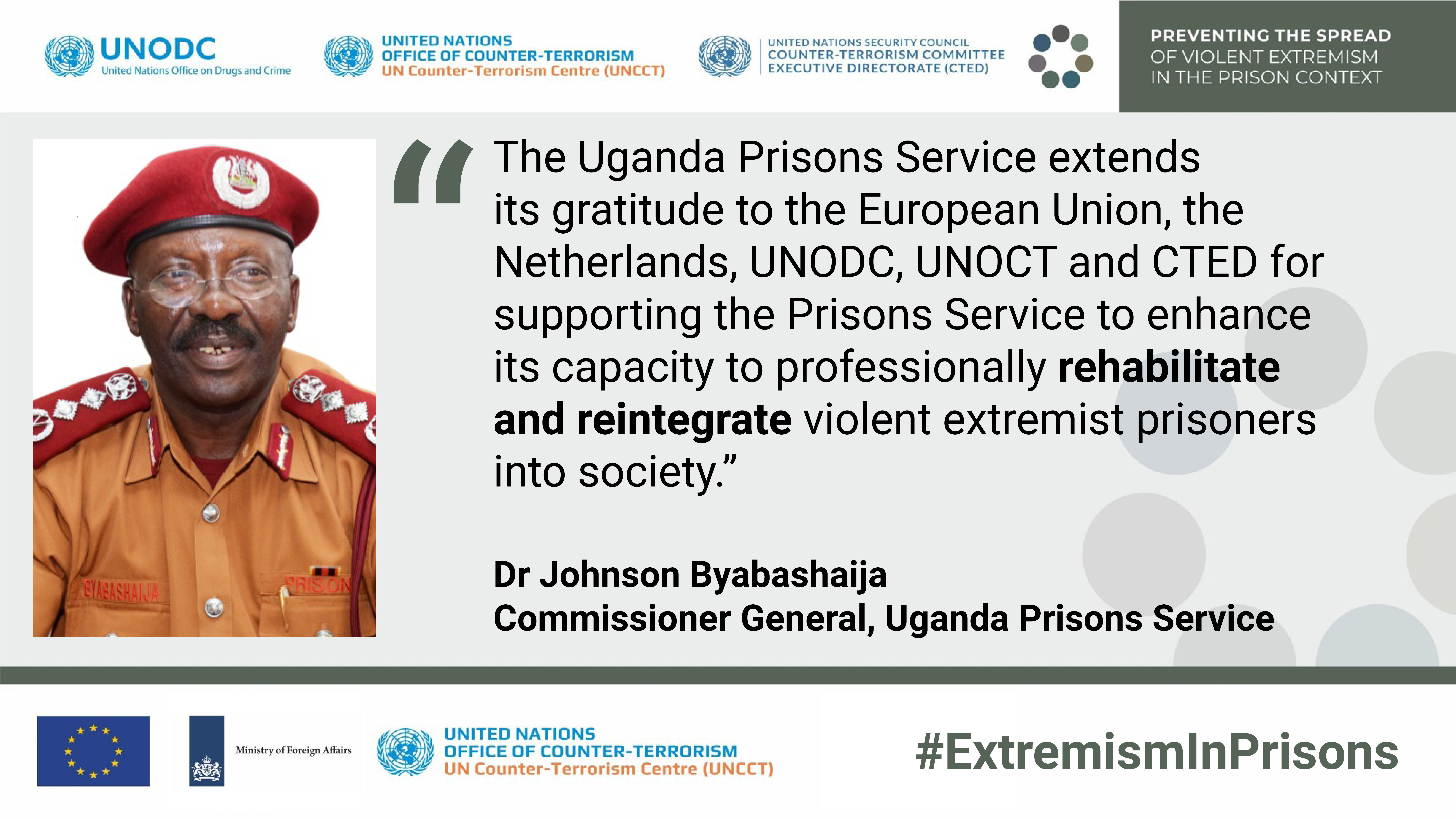 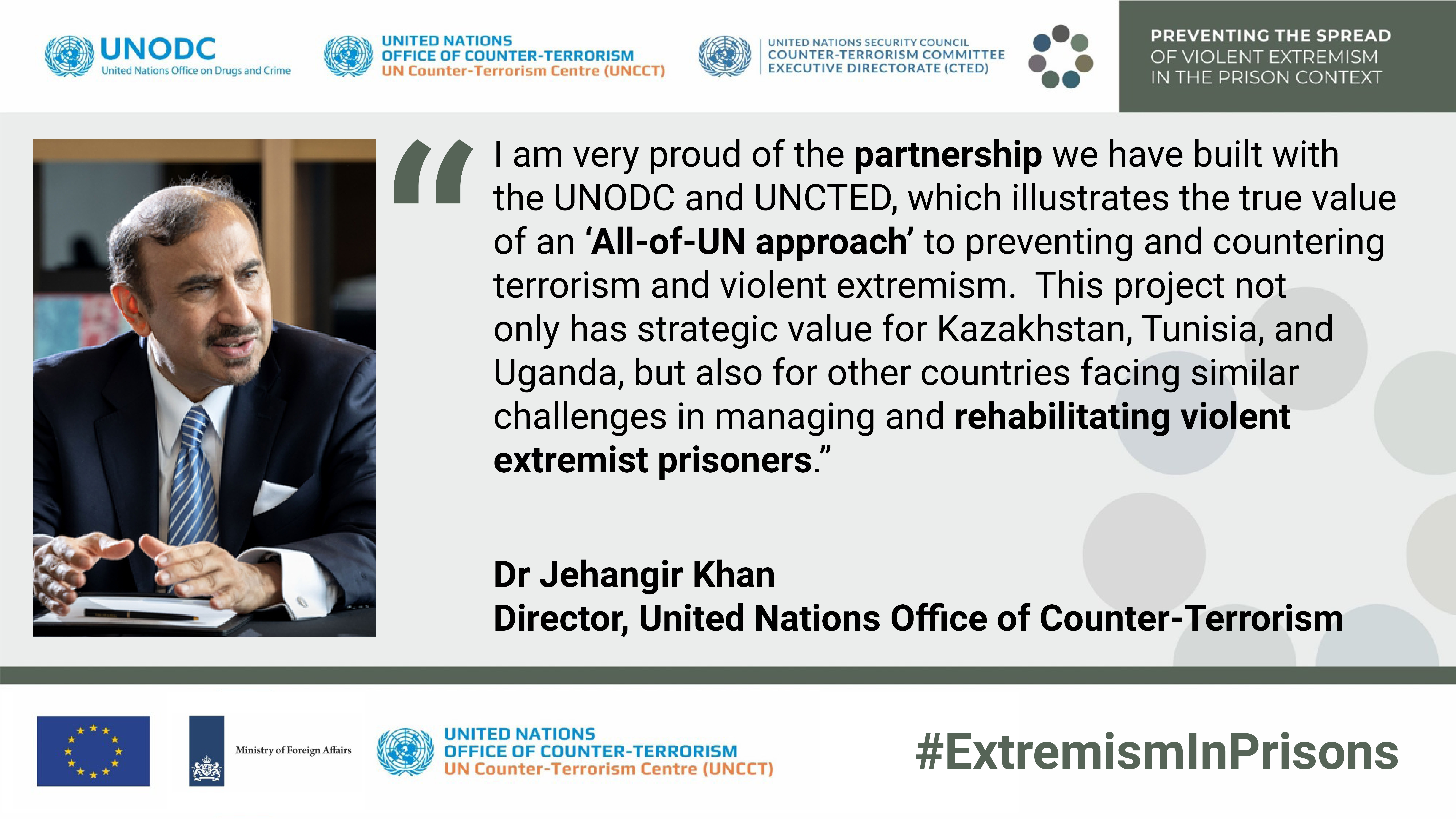 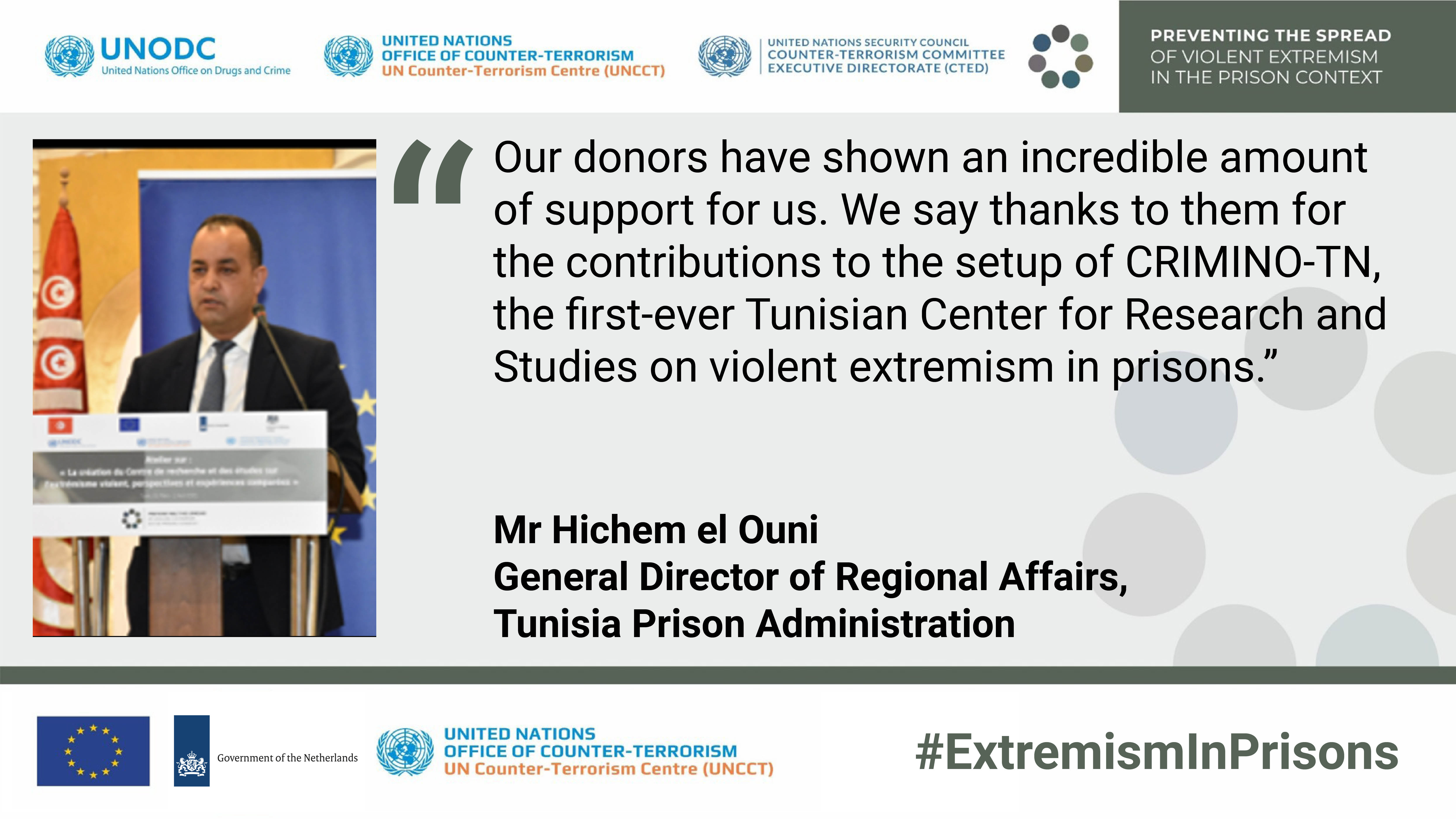 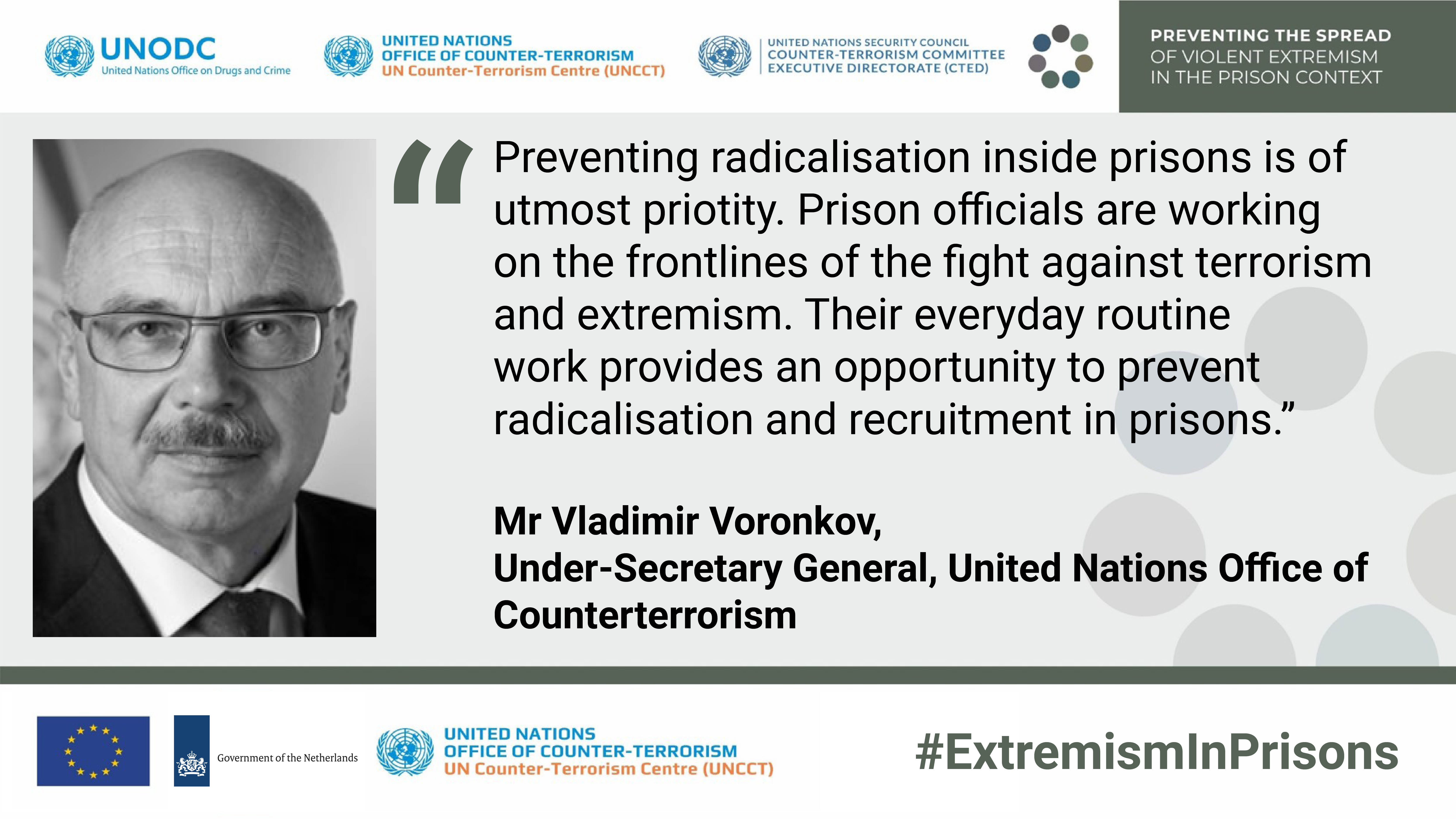 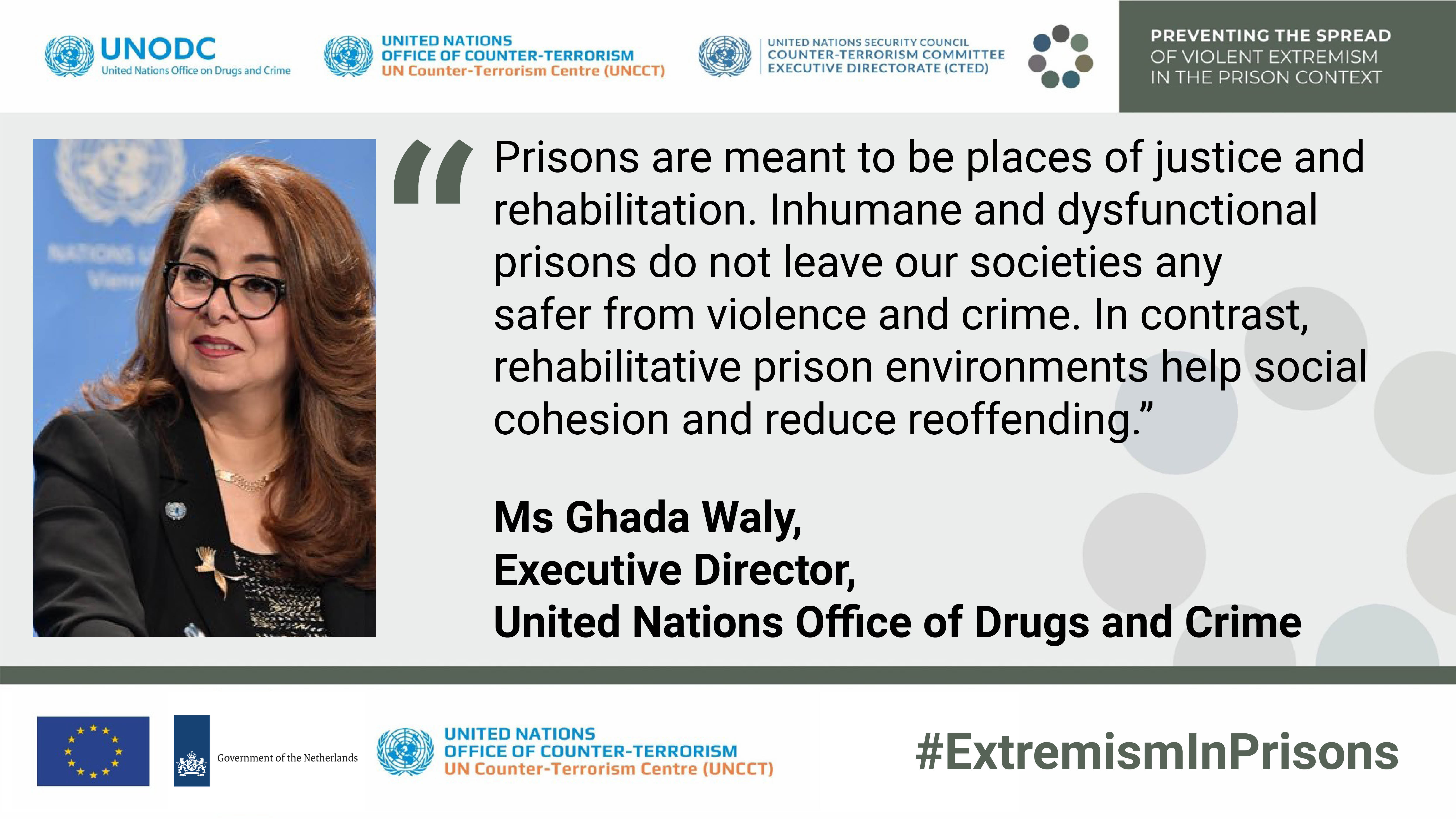 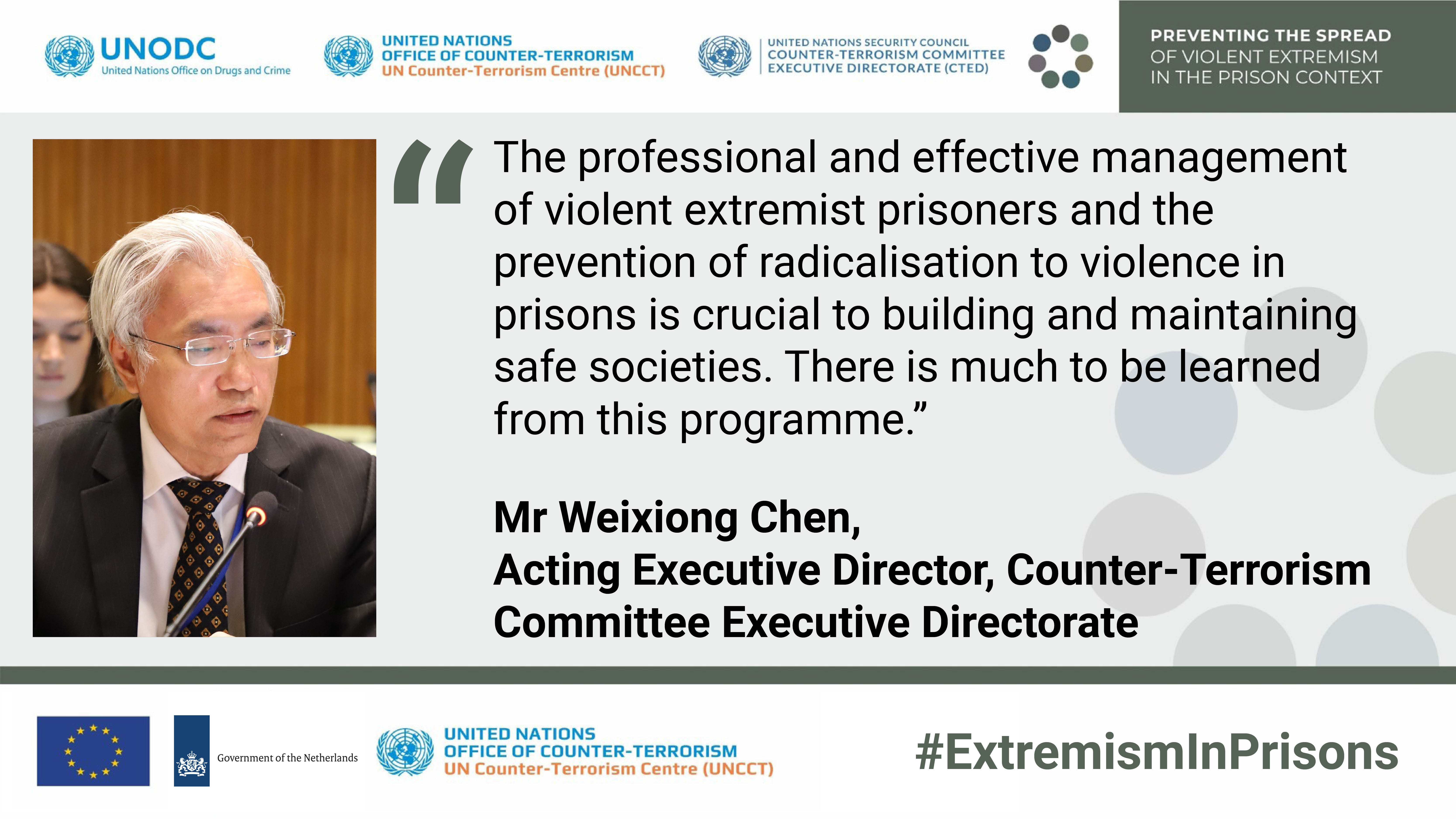 More than 20 Member States are currently benefiting from UNODC assistance dedicated to addressing violent extremism in prisons – in the Middle East and North Africa, Sub-Saharan Africa, Central Asia, and in South and South-East Asia. Across these initiatives, UNODC embeds interventions to prevent violent extremism in prisons into broader prison reform efforts, which is far more effective than promoting standalone interventions which target only violent extremist prisoners. UNODC works in partnership with the United Nations Counter –Terrorism Centre of the United Nations Office of Counter-Terrorism (UNCCT/UNOCT), United Nations Security Council Counter-Terrorism Committee Executive Directorate (UNCTED), UNESCO, UNICEF, UNDP, UNAFEI, international and regional development partners, civil society organisations, universities, and many others. These initiatives have been made possible through the generous support of the European Union, Japan, the Netherlands, the United Kingdom, and the United States of America. 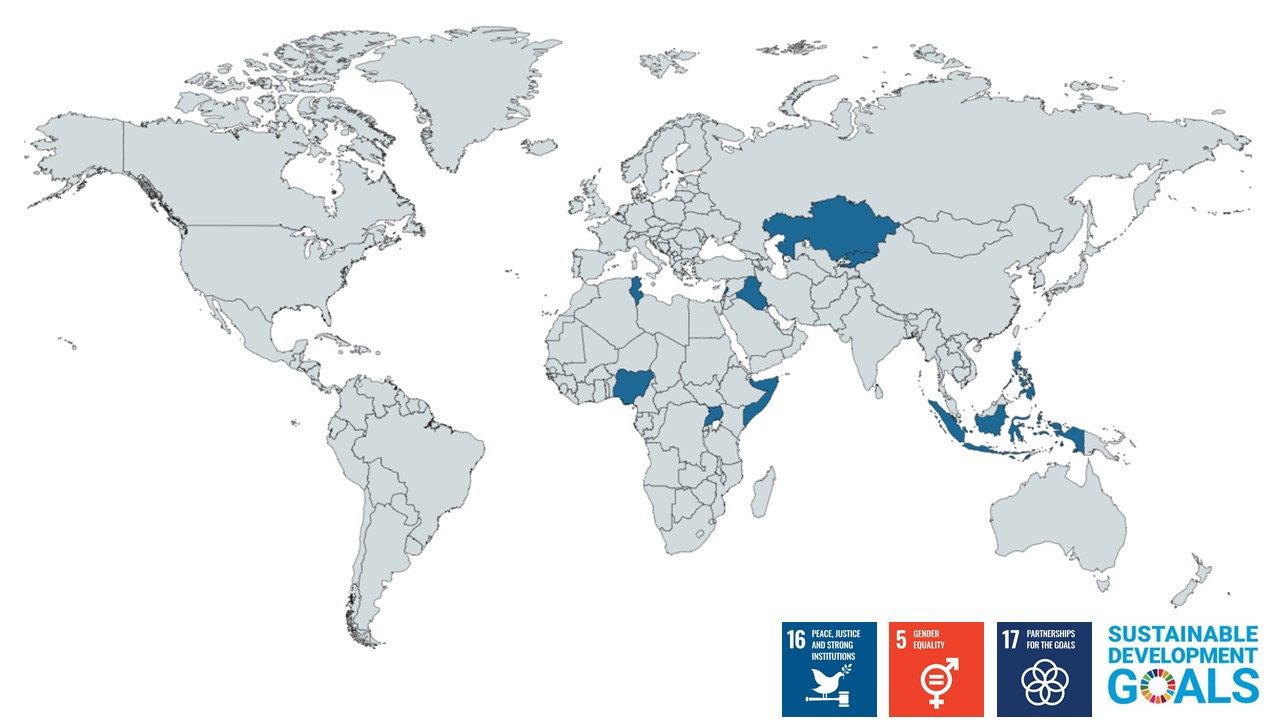 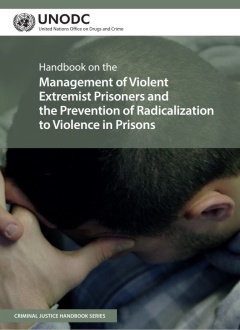 Handbook on the Management of High-Risk Prisoners

Handbook on the Classification  of Prisoners

UNODC expresses its gratitude for the donor contributions provided by the European Union, the United Nations Office of Counter-Terrorism and the Governments of Germany, the Netherlands, the United States of America and the United Kingdom to implement technical assistance activities on preventing violent extremism in prisons.