15 October 2018 - The ninth session of the Conference of the Parties to the UN Convention against Transnational Organized Crime and its Protocols thereto, which was held from 15 to 19 October 2018 at the UNODC Headquarters in Vienna, Austria, took place in the light of the 15th anniversary of the entry into force of the Convention.

This very fruitful and eventful Conference saw the issue of firearms featuring prominently at various levels. 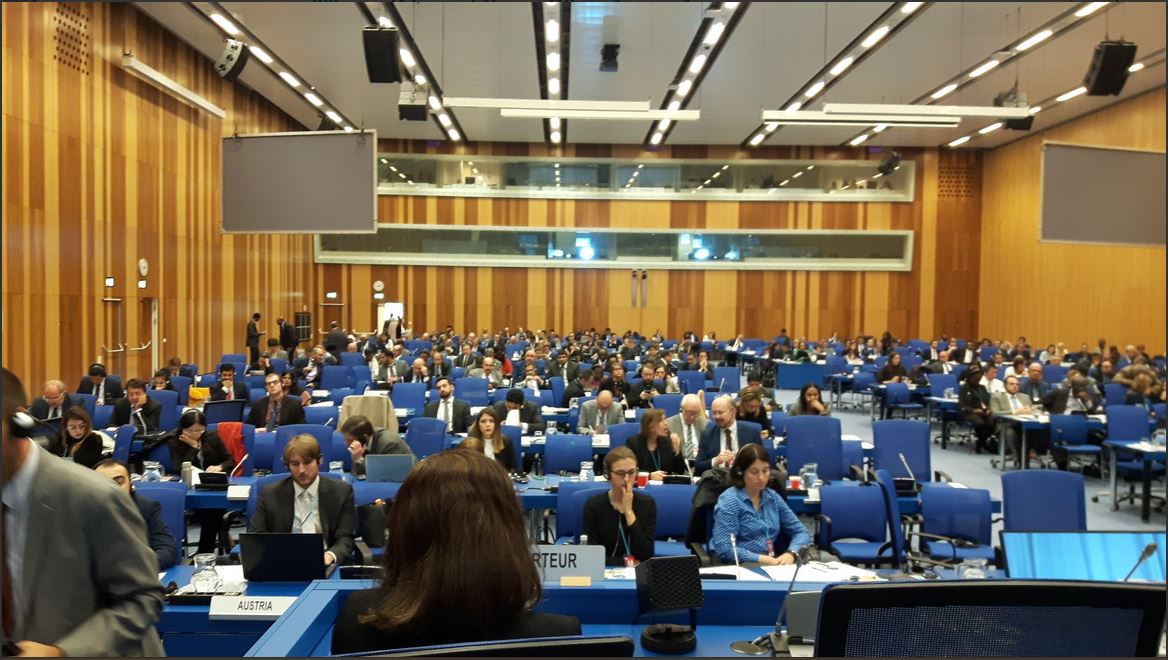 During the plenary discussions on the Firearms Protocol, Member States and parties to the Protocol seized the opportunity to present their respective implementation efforts and to point out key areas that would require further, concerted action by all stakeholders. During his intervention, the representative of France announced that the country has completed the internal process for the official accession to the Firearms Protocol, which, after deposit of the instrument of accession with the UN Secretary-General, brings the total number of Parties to 117.

In that same week and under the chairmanship of Mexico, the Conference negotiated and adopted resolution 9/2 entitled "Enhancing and ensuring the effective implementation of the Protocol against the Illicit Manufacturing of and Trafficking in Firearms, Their Parts and Components and Ammunition, supplementing the United Nations Convention against Transnational Organized Crime". The new resolution, which is co-sponsored by Brazil, Ecuador, El Salvador, Guatemala, Mexico, Peru and the EU, endorsed, for the first time, all recommendations adopted during the intersessional fifth and sixth meetings of the Working Group on Firearms, thereby formally requesting Member States to take very concrete action in preventing and combatting illicit firearms manufacture and trafficking and further mandating UNODC and its Global Firearms Programme to provide corresponding support. The recommendations address a wide range of firearms related areas such as promoting universal adherence to and implementation of the Firearms Protocol; preventive and security measures; transfers and border controls; investigation and prosecution; international cooperation and the international exchange of information; and firearms data collection and analysis, inter alia. Moreover, the resolution contains new language that encourages States parties and UNODC to mainstream gender perspectives into firearms policies and programmes. 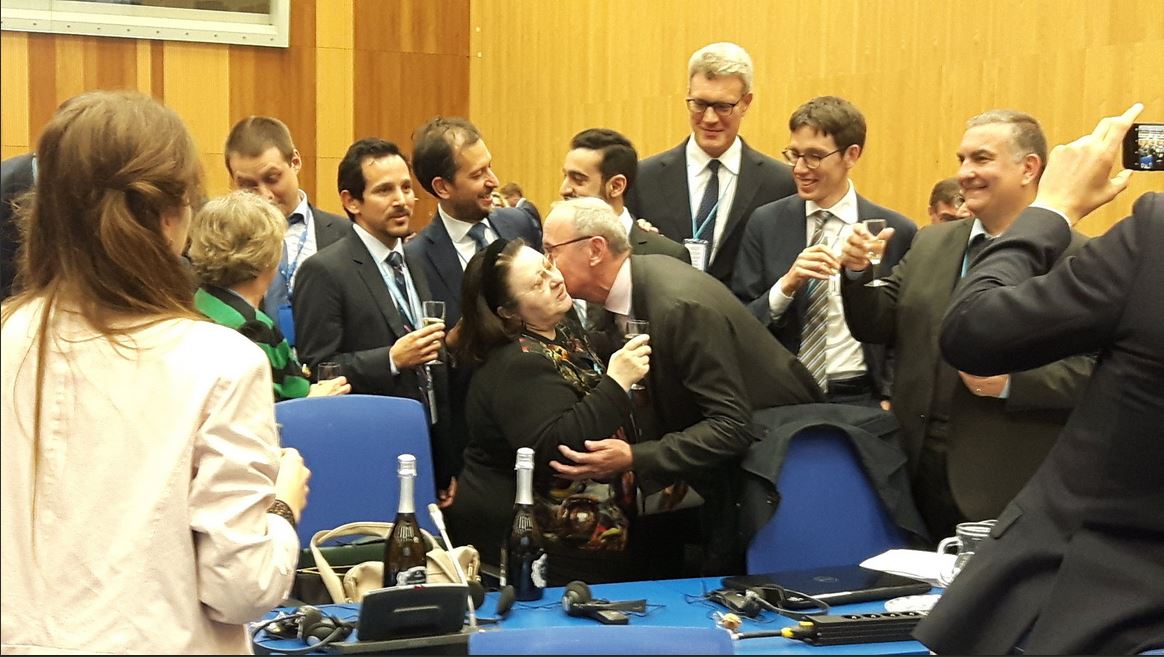 Another highlight of the Conference was the unanimous adoption, after ten years of negotiations, of the "Mechanism for the review of the implementation of the United Nations Convention against Transnational Organized Crime and the Protocols thereto". The mechanism is based on a mix of a self-assessment and peer review system, representing the first of its kind in the small arms world. The mechanism will contribute to strengthened cooperation and information exchange among States parties in preventing and fighting against transnational organized crime by sharing good practices and challenges in the implementation of the Convention and its Protocols, and will help in identifying existing technical assistance needs. With the adoption of the mechanism, a two-year preparatory phase was launched to set up and develop essential tools that facilitate the role out of the mechanism, such as the self-assessment questionnaires and a secure communication platform for State parties.

All Conference documents, including the adopted resolutions, a report on the activities of UNODC to implement the Firearms Protocol, and a non-paper to inform coordination efforts within the UN Secretariat on reporting, data collection and monitoring of SDG indicator 16.4.2, inter alia, are or will be available in the near future through the website of the Conference.

Moreover, the Global Firearms Programme cooperated with several Member States, regional organisations and civil society, as well as other UNODC branches and sections to raise awareness on the Firearms Protocol and efforts to support its effective implementation, through a series of side events and a dedicated section at the Conference's documents resource centre. These side events focused on:

-          The Roadmap for a sustainable solution to the illegal possession, misuse and trafficking in firearms and their ammunition in Western Balkans by 2024, co-organized by the Governments of Germany and France and the Global Firearms Programme;

-          Best practices in firearms data generation, collection and use in the framework of UNODC's Firearms Champion Country Initiative, co-organized by the European Union, the Global Firearms Programme and the UNODC Research and Trend Analysis Branch;

-          Gang criminality and firearms-related violence in Honduras, organized by the Government of Honduras, the Centre for Security, Development and the Rule of Law, Small Arms Survey, the Global Firearms Programme and the UNODC Justice Section; and

-          Silencing the Guns in Africa, organized by the Government of Germany together with the Global Firearms Programme.