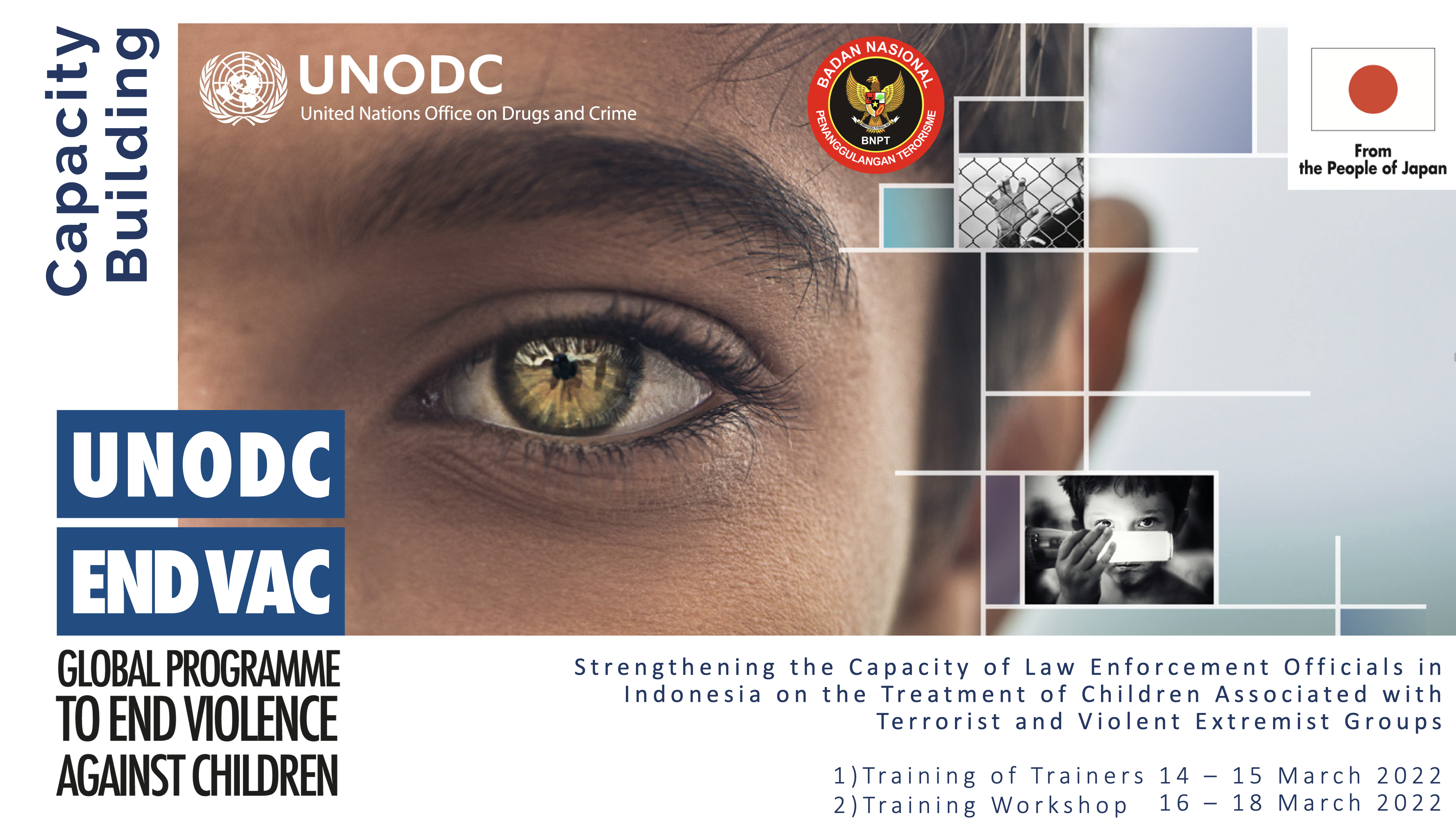 Strengthening the capacity of professionals: a key requirement for protecting children and society from terrorism and violent extremism

14-18 March 2022 Indonesia – UNODC, in partnership with the Government of Indonesia through its National Counter-Terrorism Agency (BNPT), and supported by the Government of Japan, organised a five-day capacity-building event: 'Strengthening the Capacity of Law Enforcement Officials in Indonesia on the Treatment of Children Associated with Terrorist and Violent Extremist Groups, including children linked with the FTF phenomenon'.

Combining a Training Workshop and a Training of Trainers, the event targeted 25 law enforcement officials from different provinces of Indonesia. The objective was to develop their knowledge, skills and attitudes on how to prevent and respond to the phenomenon of child association with terrorist and violent extremist groups. The Training Workshop covered a wide range of relevant topics including how to communicate in a child-sensitive manner, strategies for multi-sectoral cooperation, the application of alternatives to formal judicial proceedings and implementing the rights of the child during the pre-trial phase. Throughout, it focussed on the need to promote the rehabilitation and reintegration of children formerly associated with these groups.

For the past three years, UNODC has been supporting the efforts of the Indonesian Government in protecting children from terrorism and violent extremism through the provision of comprehensive and tailored technical assistance services, such as capacity-building activities and legal advisory services.

Most notably, in 2020, Indonesia contributed to an historical achievement regarding the protection of children from terrorism and violent extremism: it launched the “Bali Call for Action”, a political declaration that endorsed the UNODC Roadmap on the Treatment of Children Associated with Terrorist Groups, called upon Member States to join it, and committed to translating it into action at the national level. For the first time in the world, a country adopted the UNODC approach and took an important leading role as a global and regional player (within ASEAN) on defining the position and key principles for dealing with children associated with terrorist and violent extremist groups.

With a view to contributing to the implementation of RAN-PE and to the operationalization of the Bali Call for Action, as well as based on an in-depth situation analysis and training needs identified throughout the cooperation with UNODC, strengthening the capacity of law enforcement officials has been identified as a priority for Indonesia. This is due to the crucial role played by this category of professionals in protecting both children and society from the threats associated with terrorism and violent extremism, as well as in coordinating actions with other actors from different institutions and sectors.

Closing the successful training event, the Head of the Global Programme to End Violence Against Children highlighted : "Building the capacity of law enforcement officers on issues relating to children associated with violent extremist and terrorist groups is essential. They know their communities and can facilitate much needed multi-sectoral responses that serve to protect both children and society from the threats associated with terrorism and violent extremism." 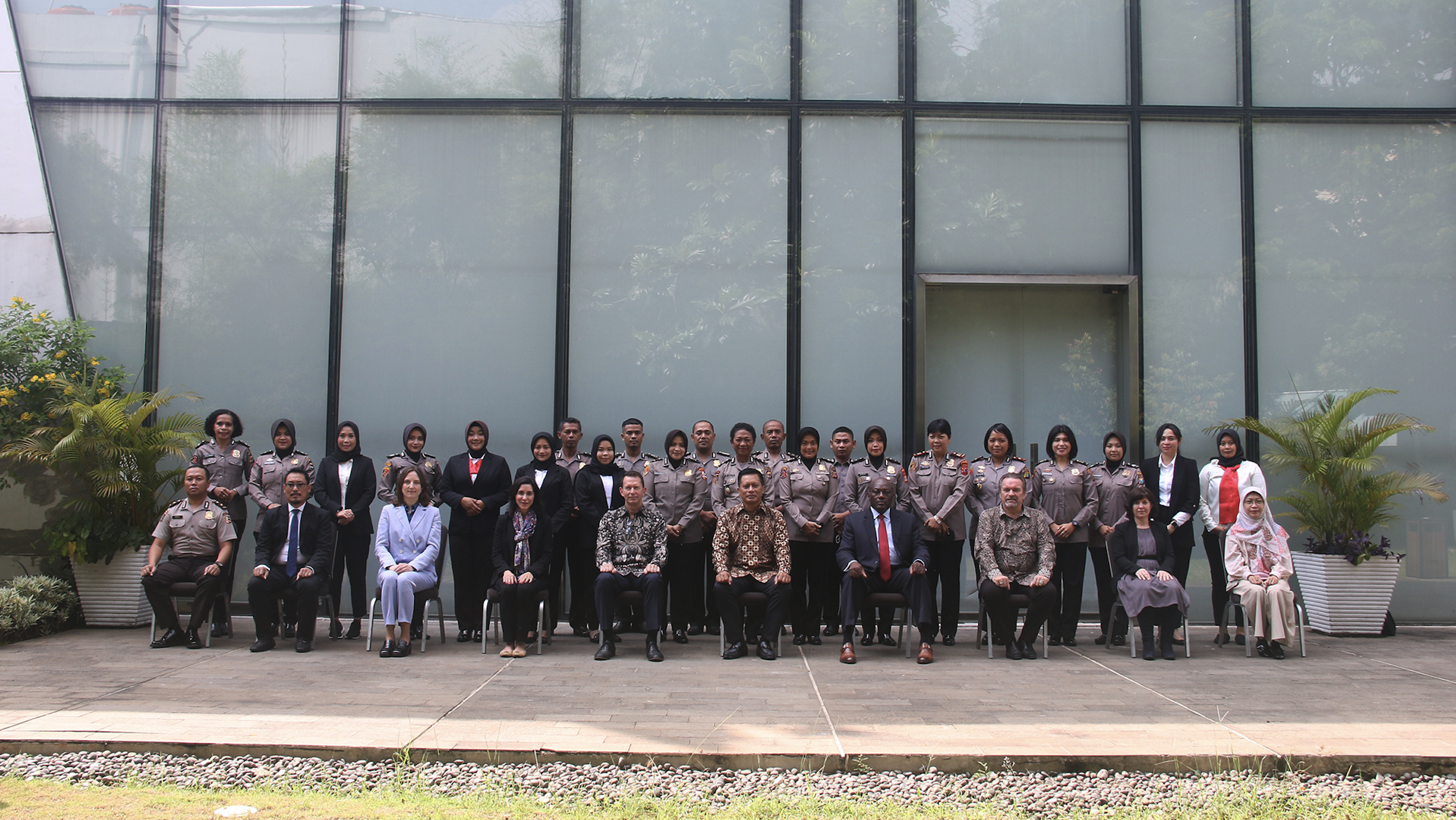 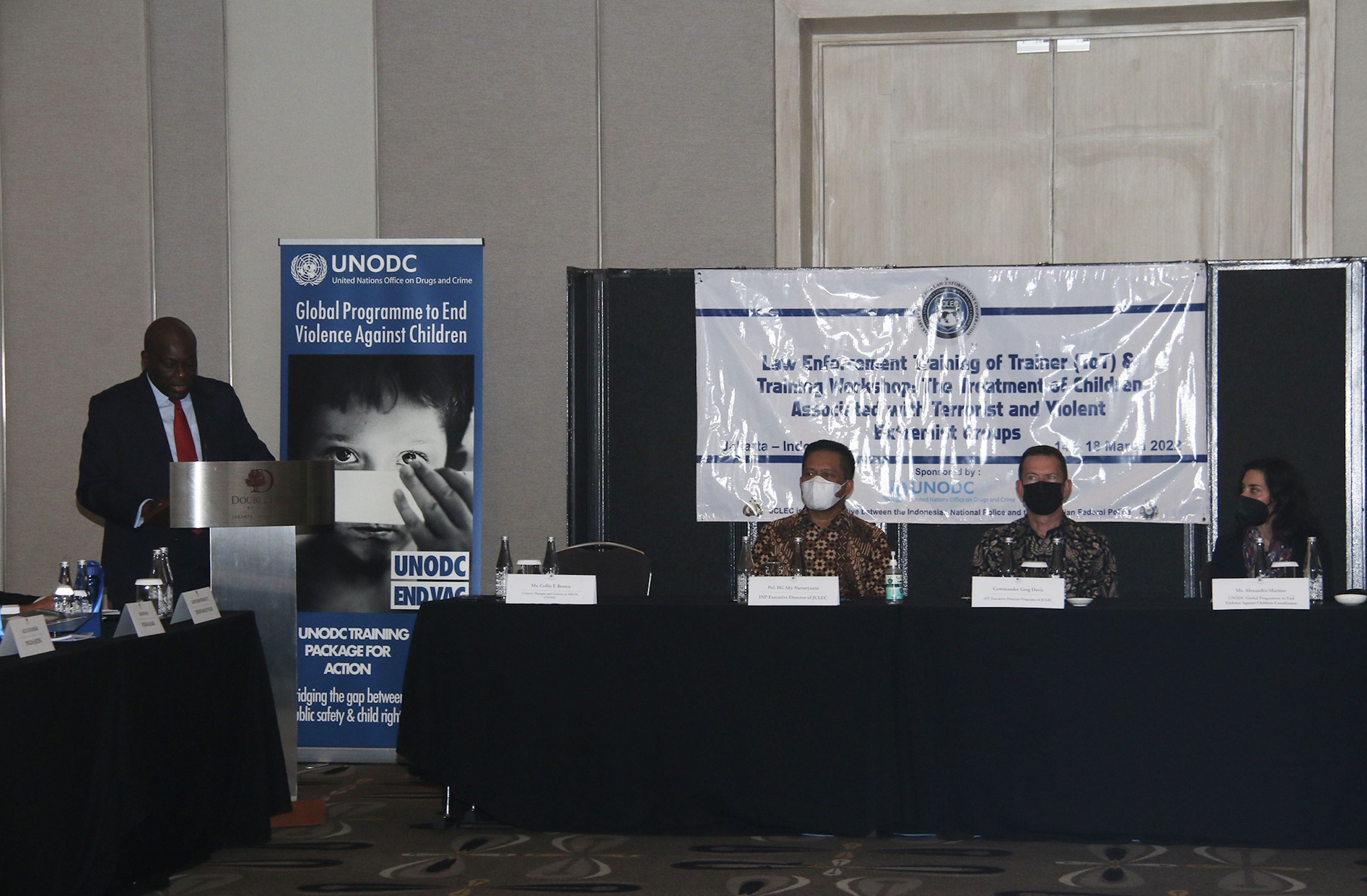 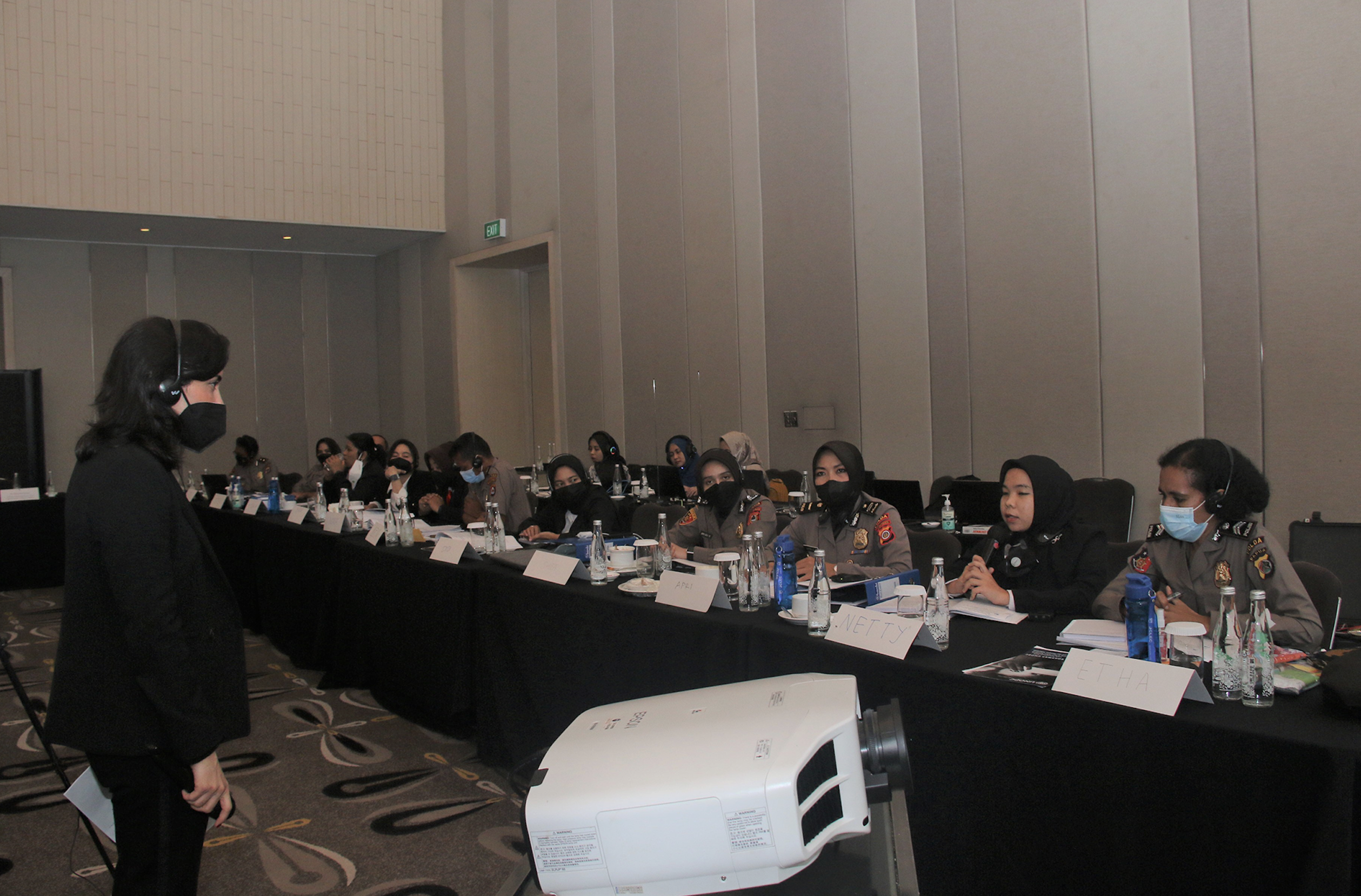 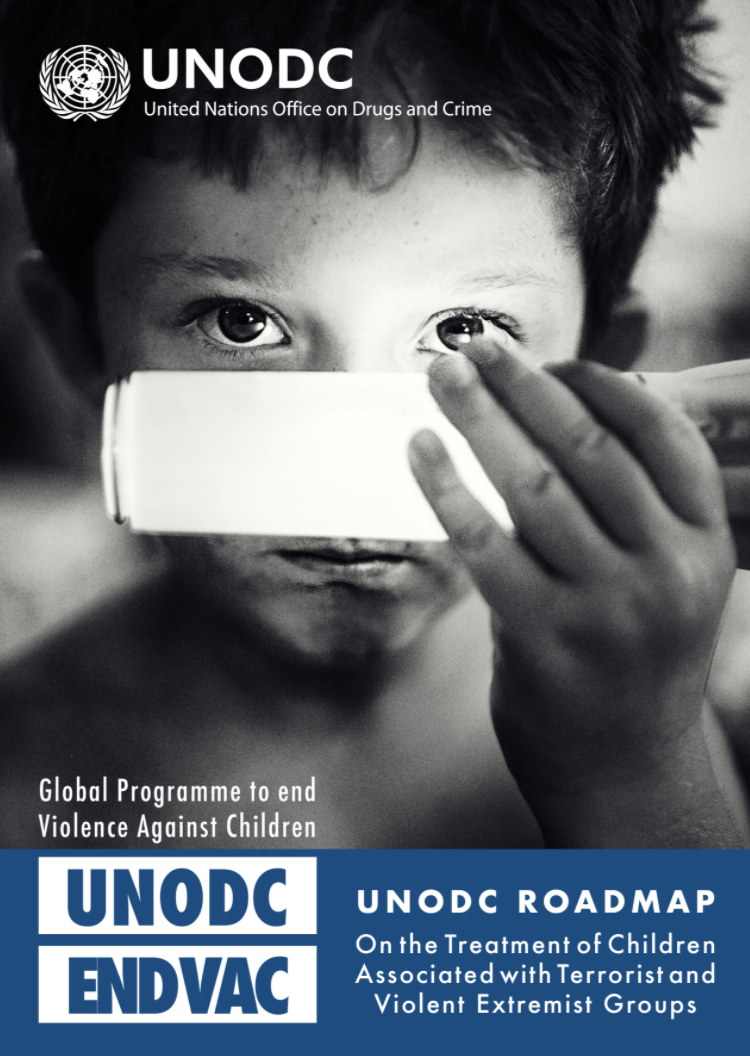 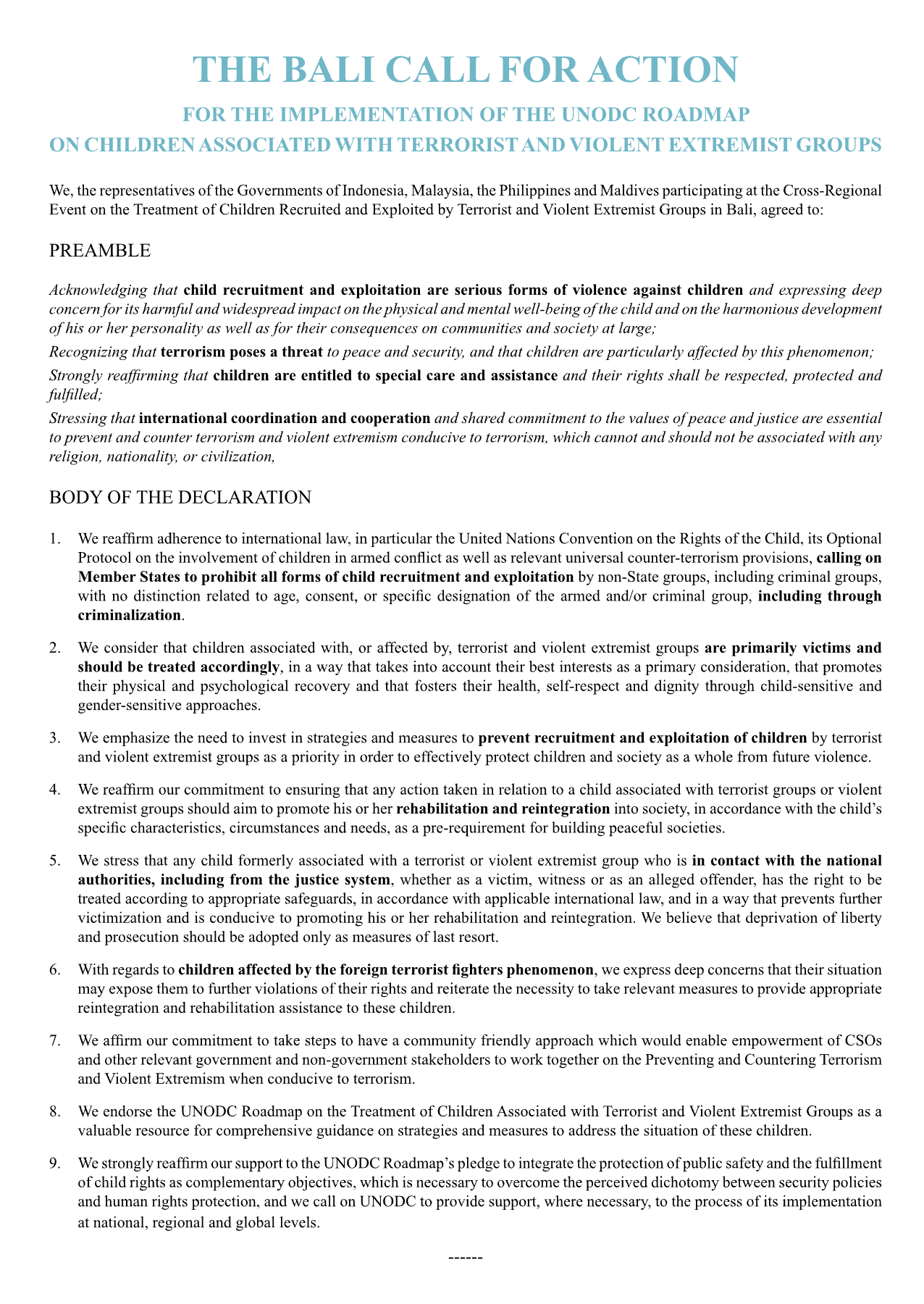 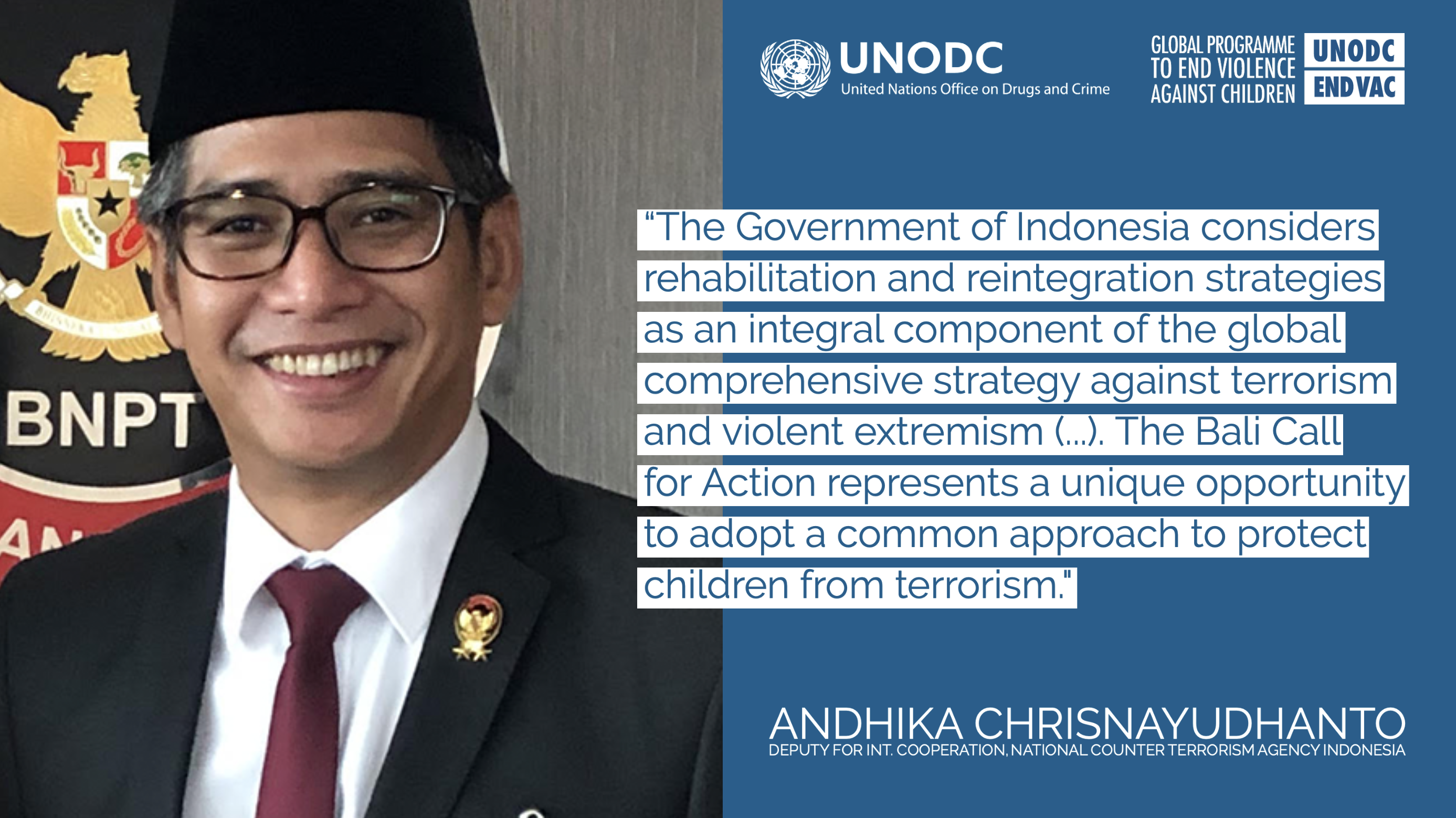 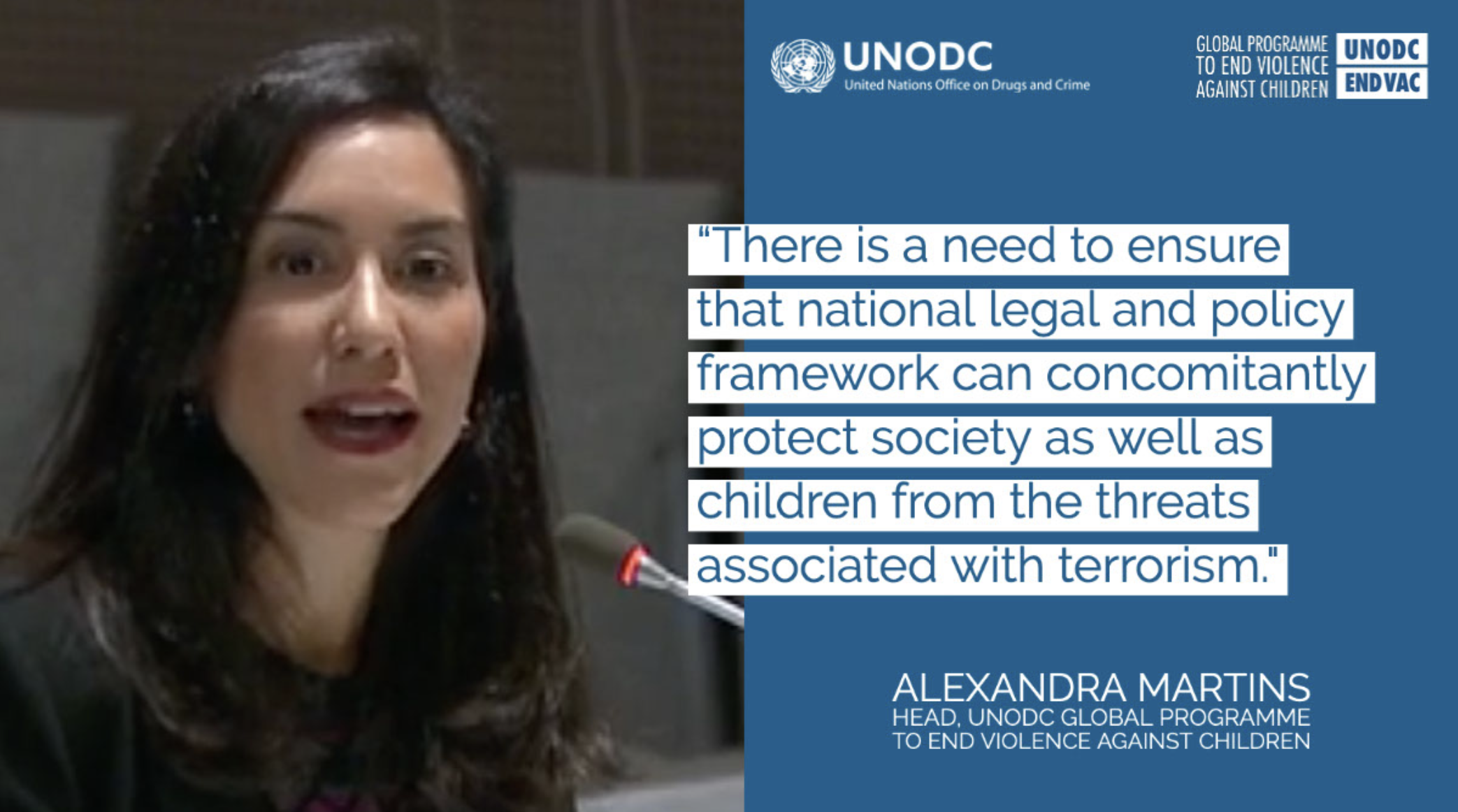 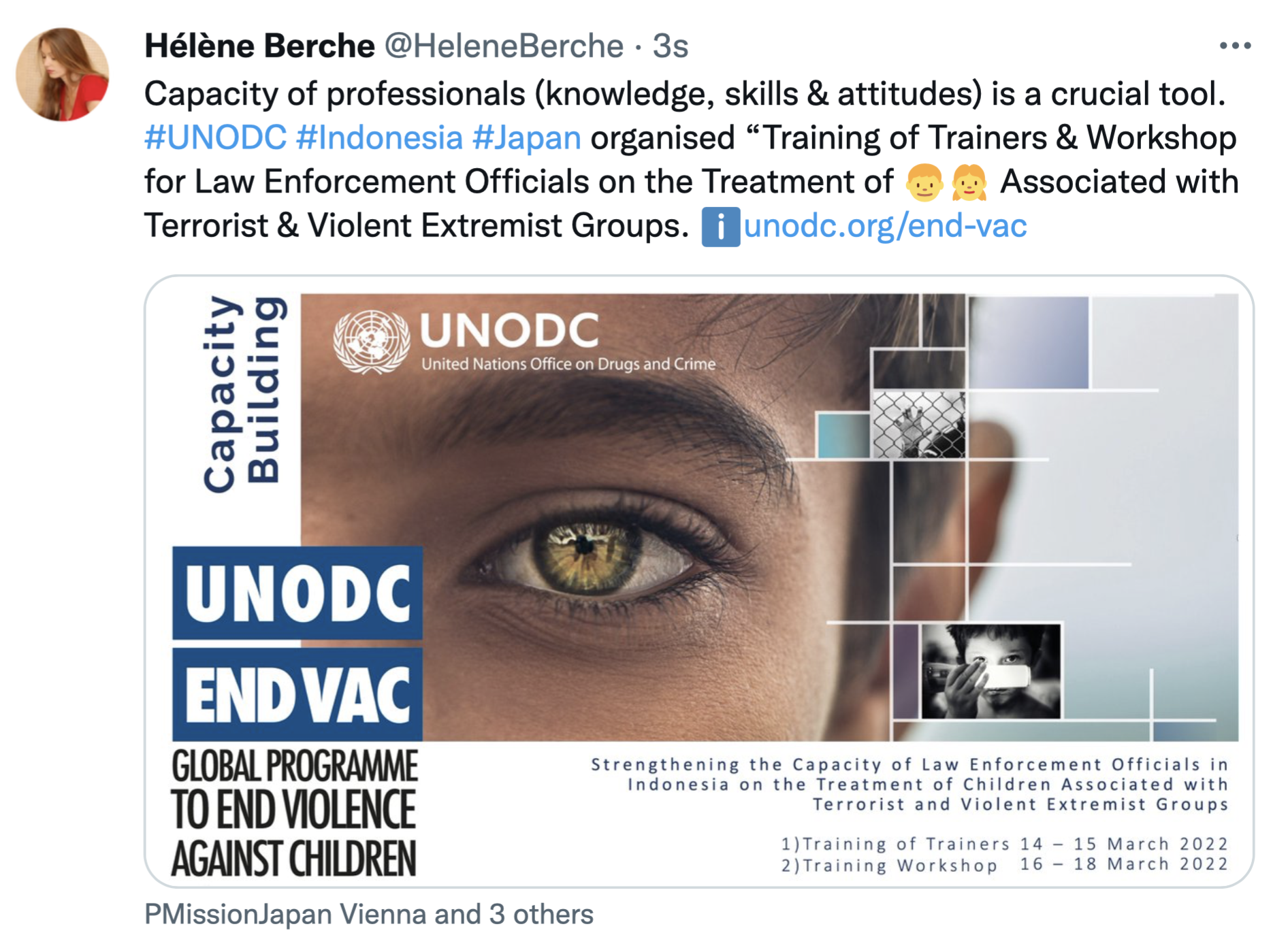 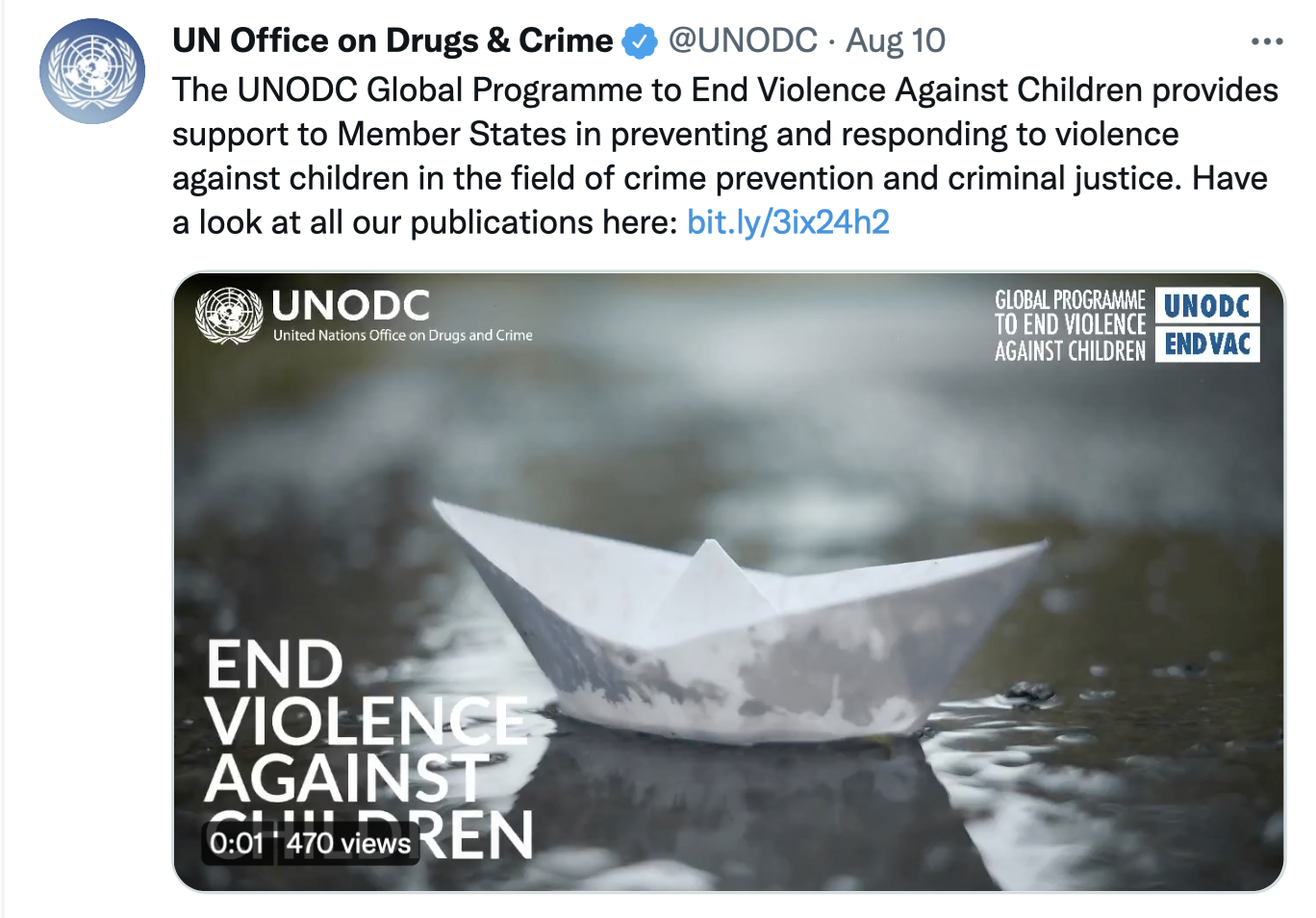 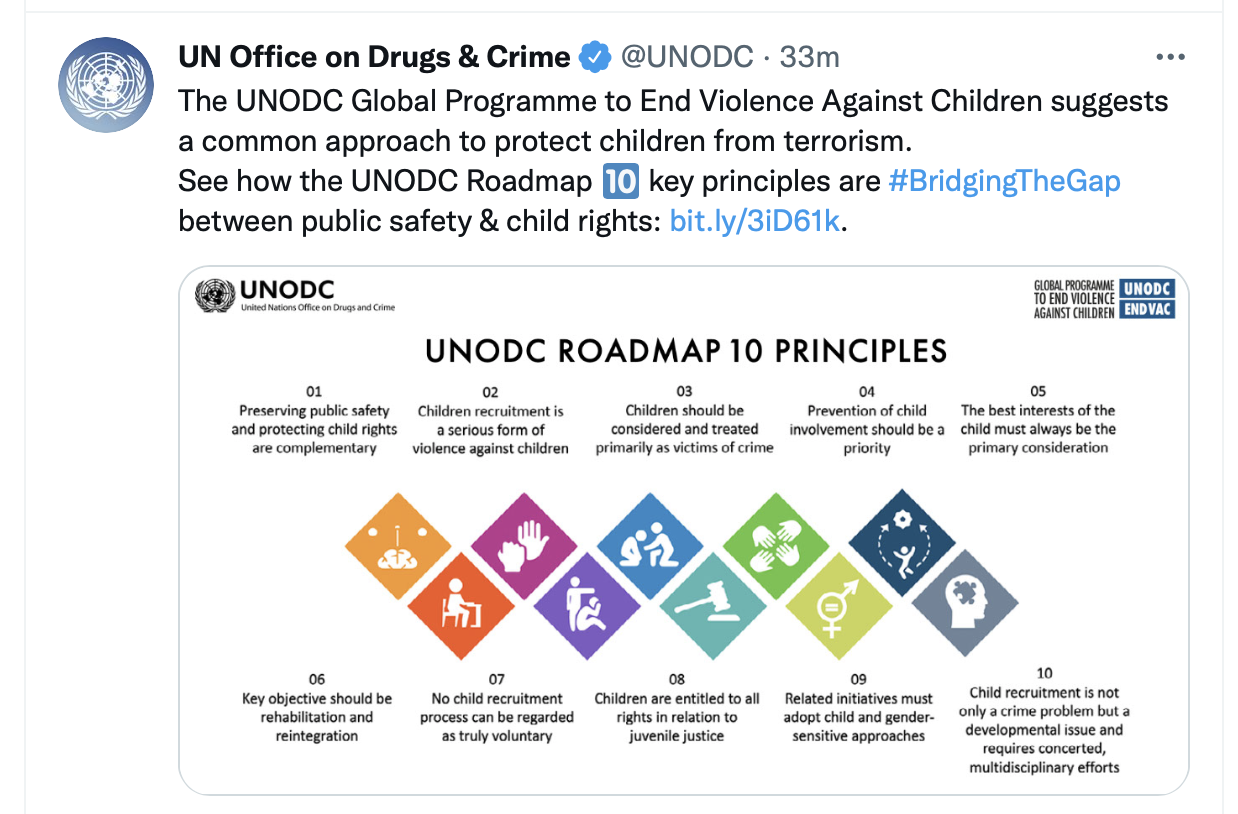 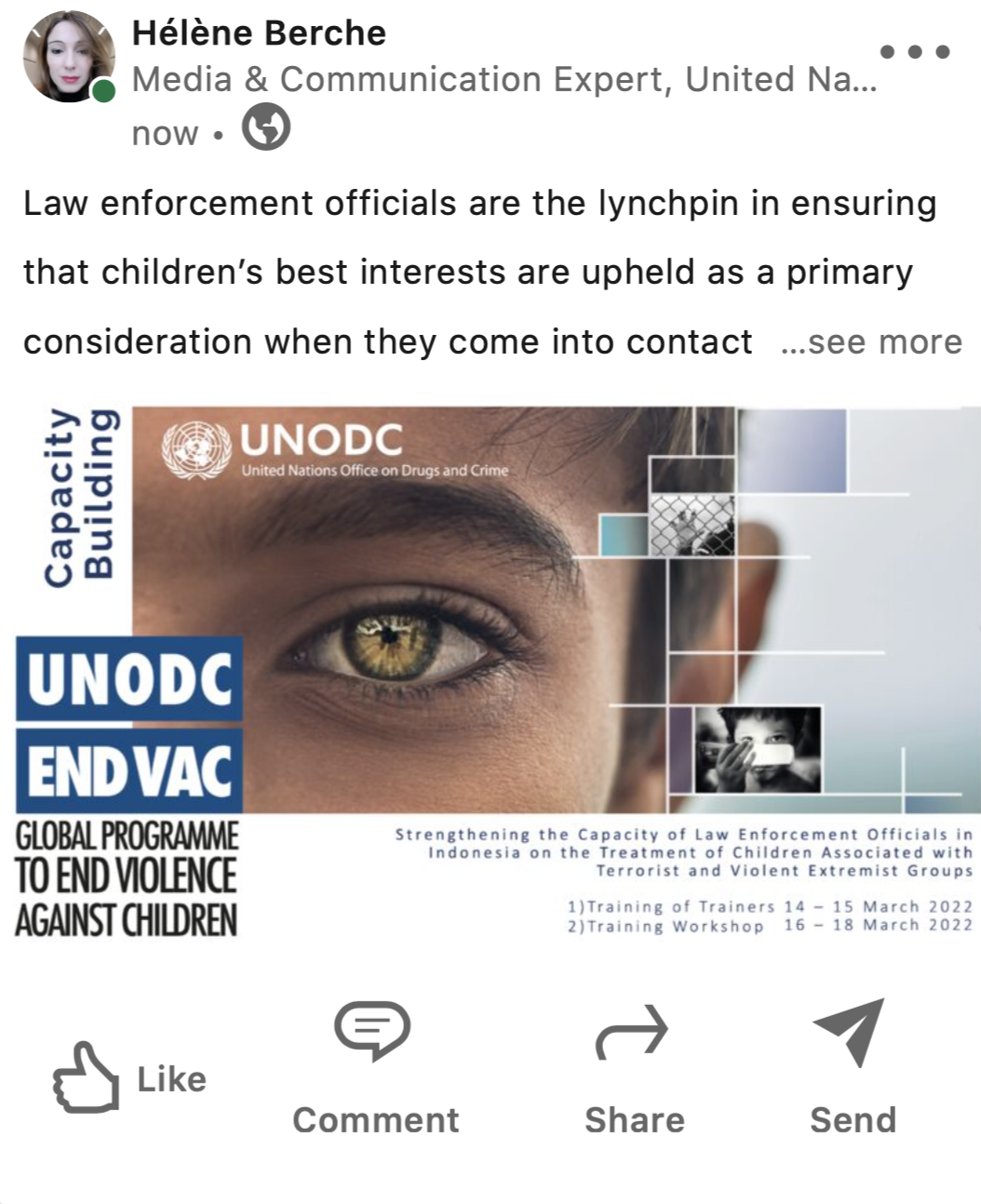 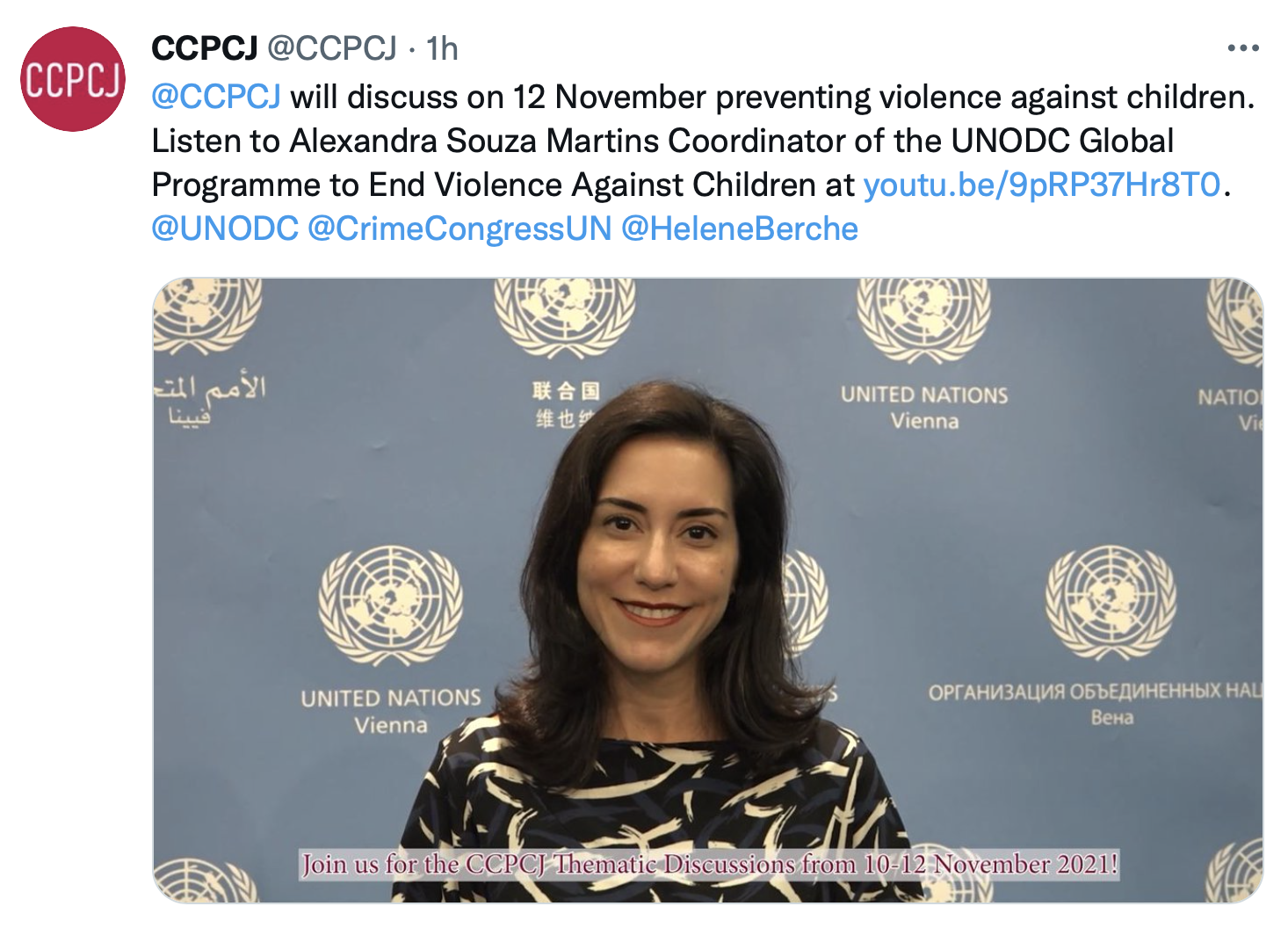 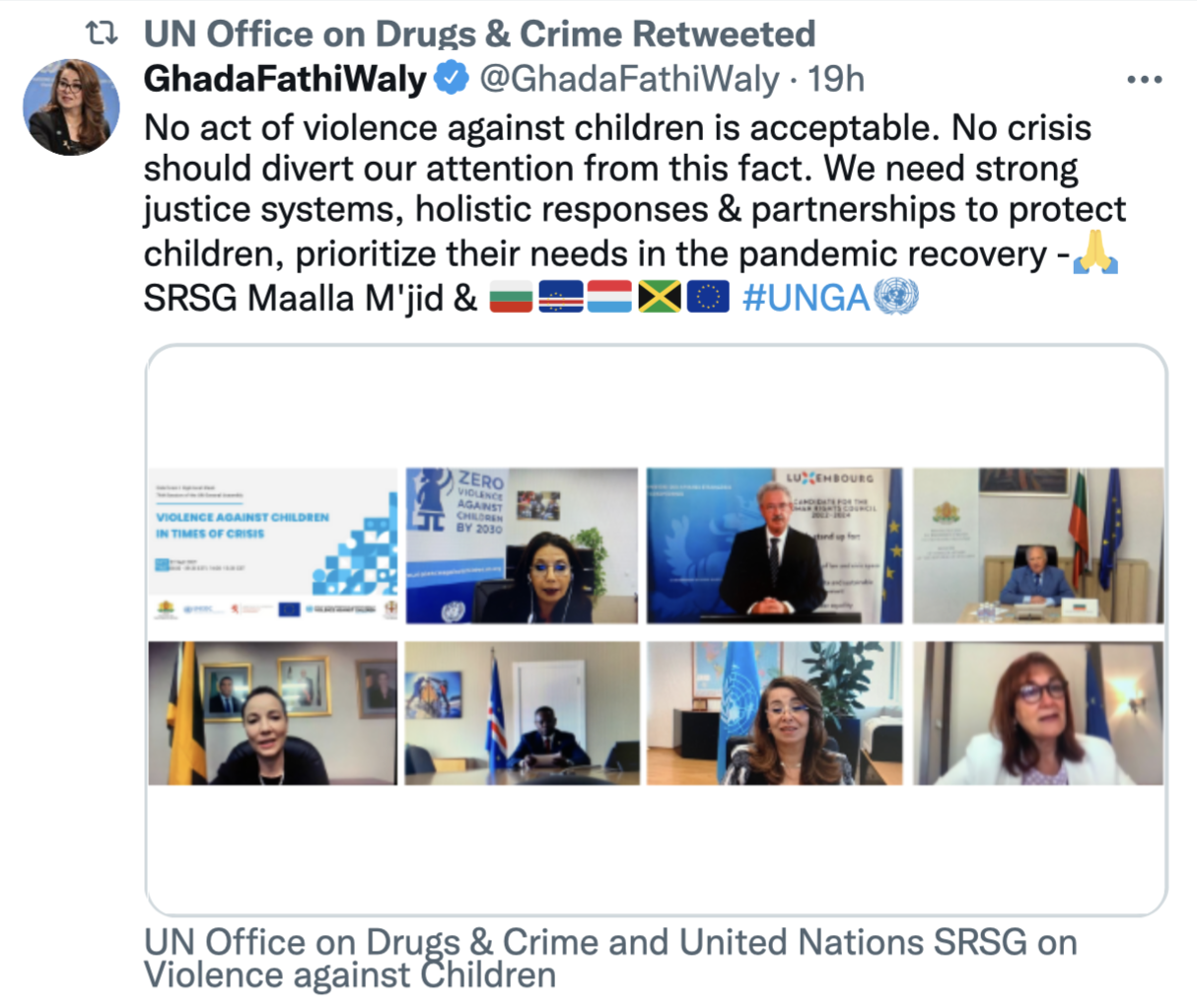 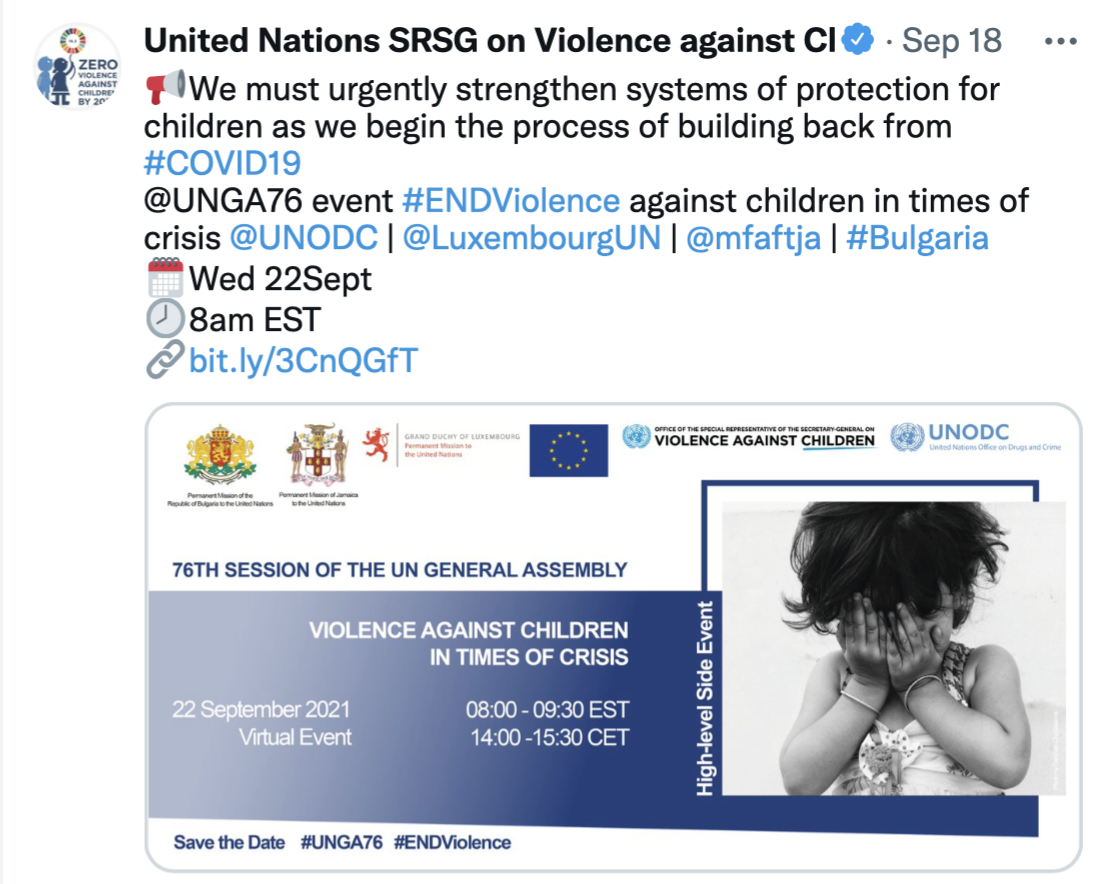 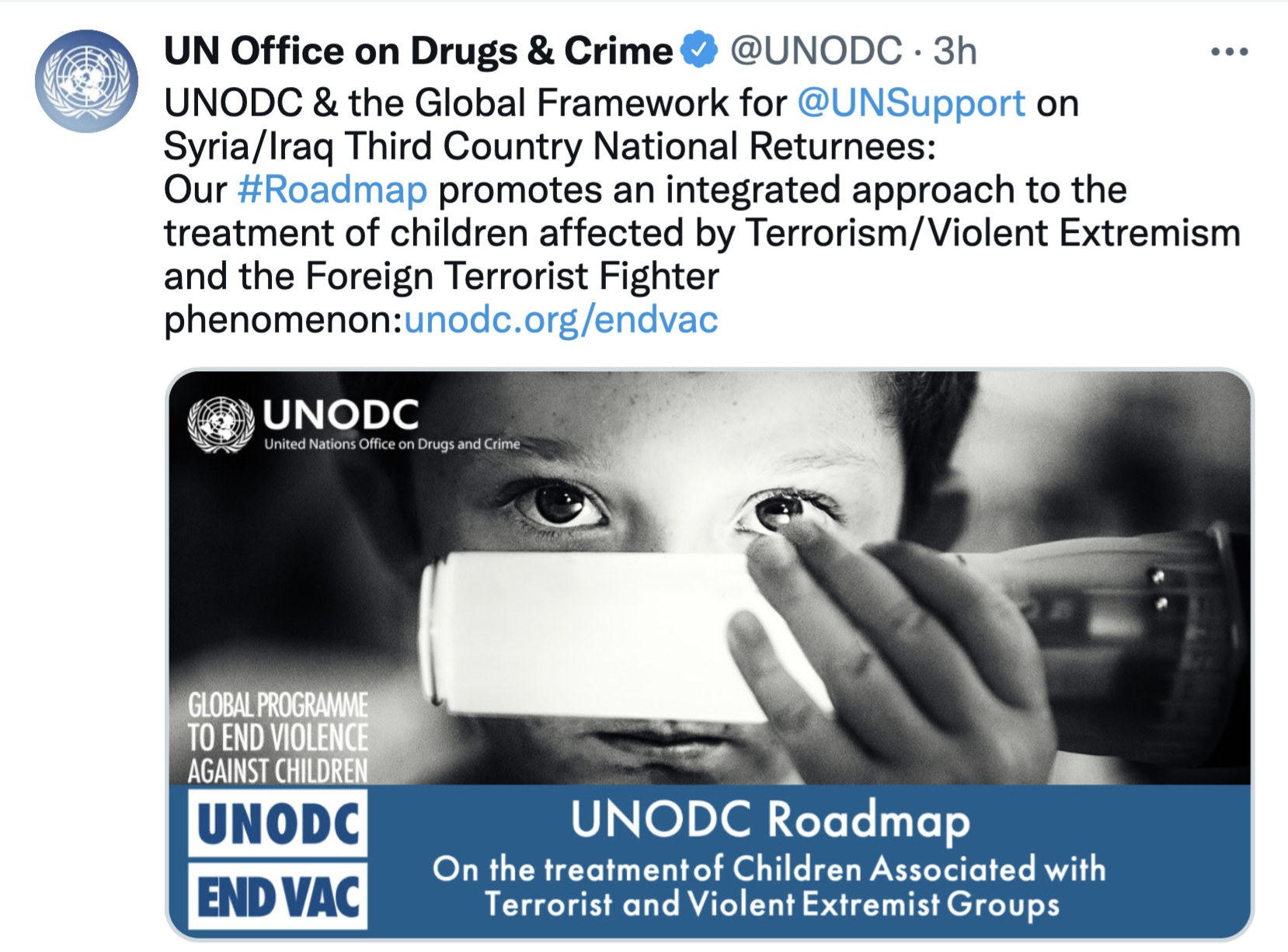 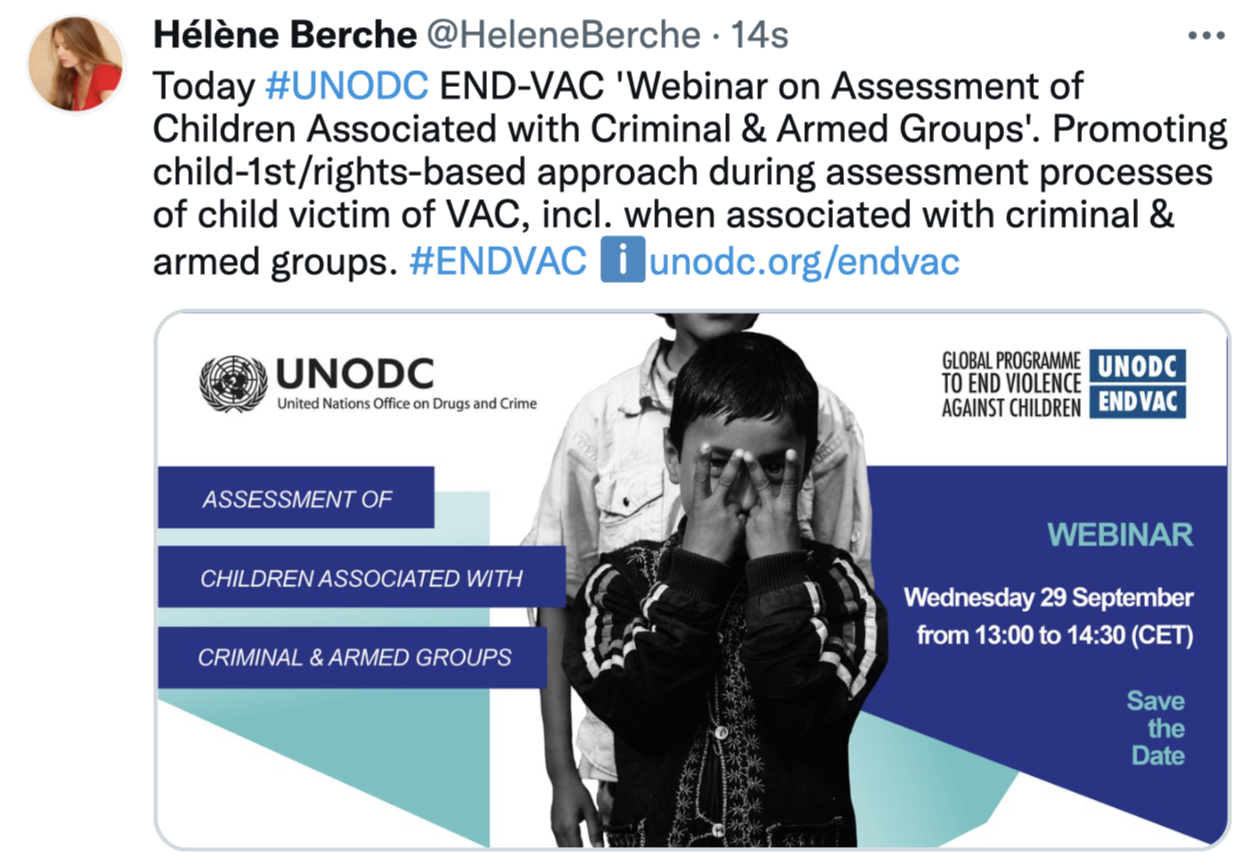 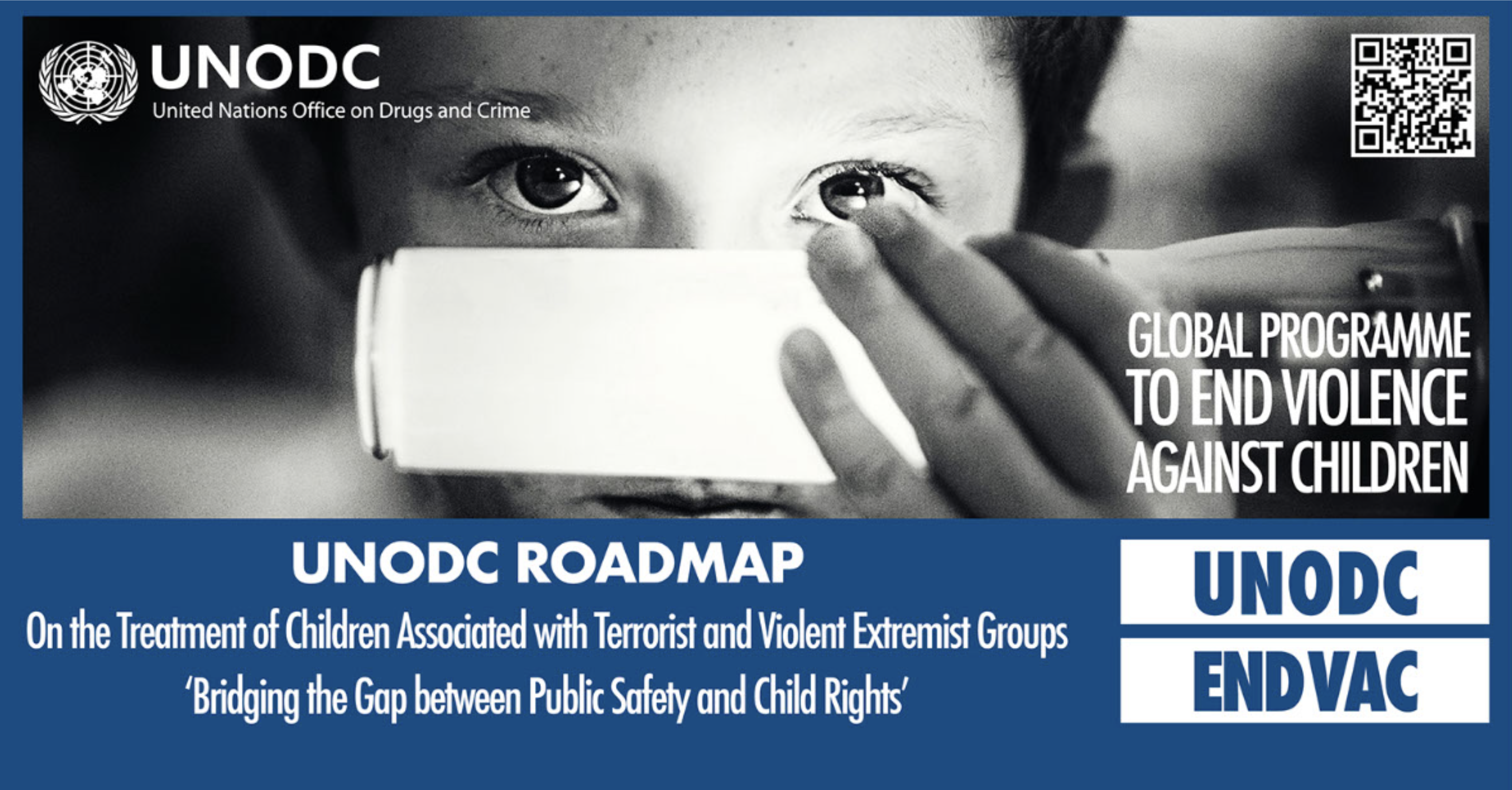 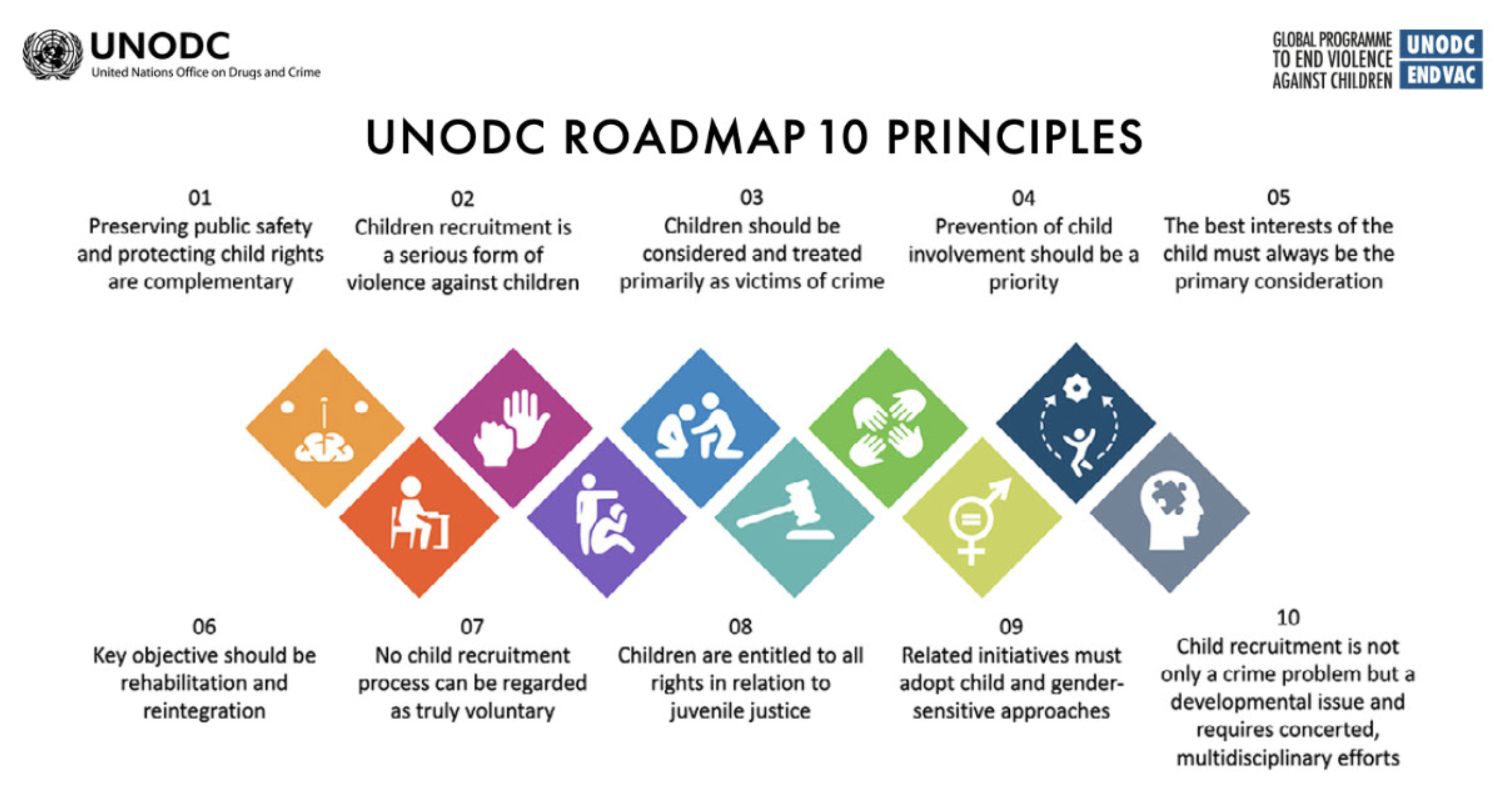 During the Special Event, the new project STRIVE Juvenile was presented. STRIVE Juvenile: Preventing and Responding to Violence against Children by Terrorist and Violent Extremist Groups is a three-year (2021-2024), EUR 5.5 million initiative by the European Union and UNODC. The project aims to partner with the selected countries, the Republic of Indonesia, the Republic of Iraq and the Federal Republic of Nigeria, for the development and implementation of comprehensive national responses to prevent and counter violent extremism affecting children, in full respect of human rights, gender equality and international law...  STRIVE Juvenile factsheet 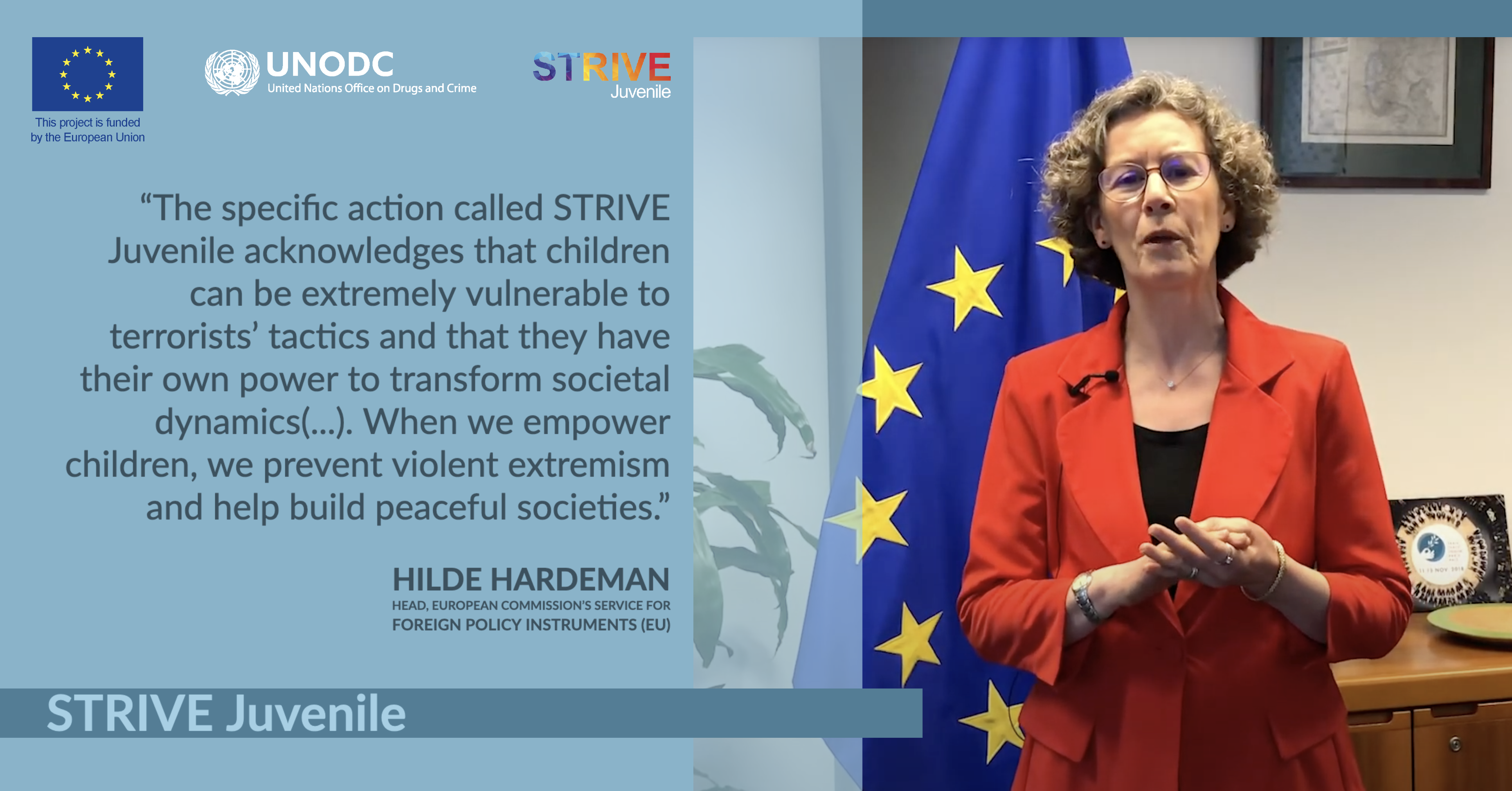 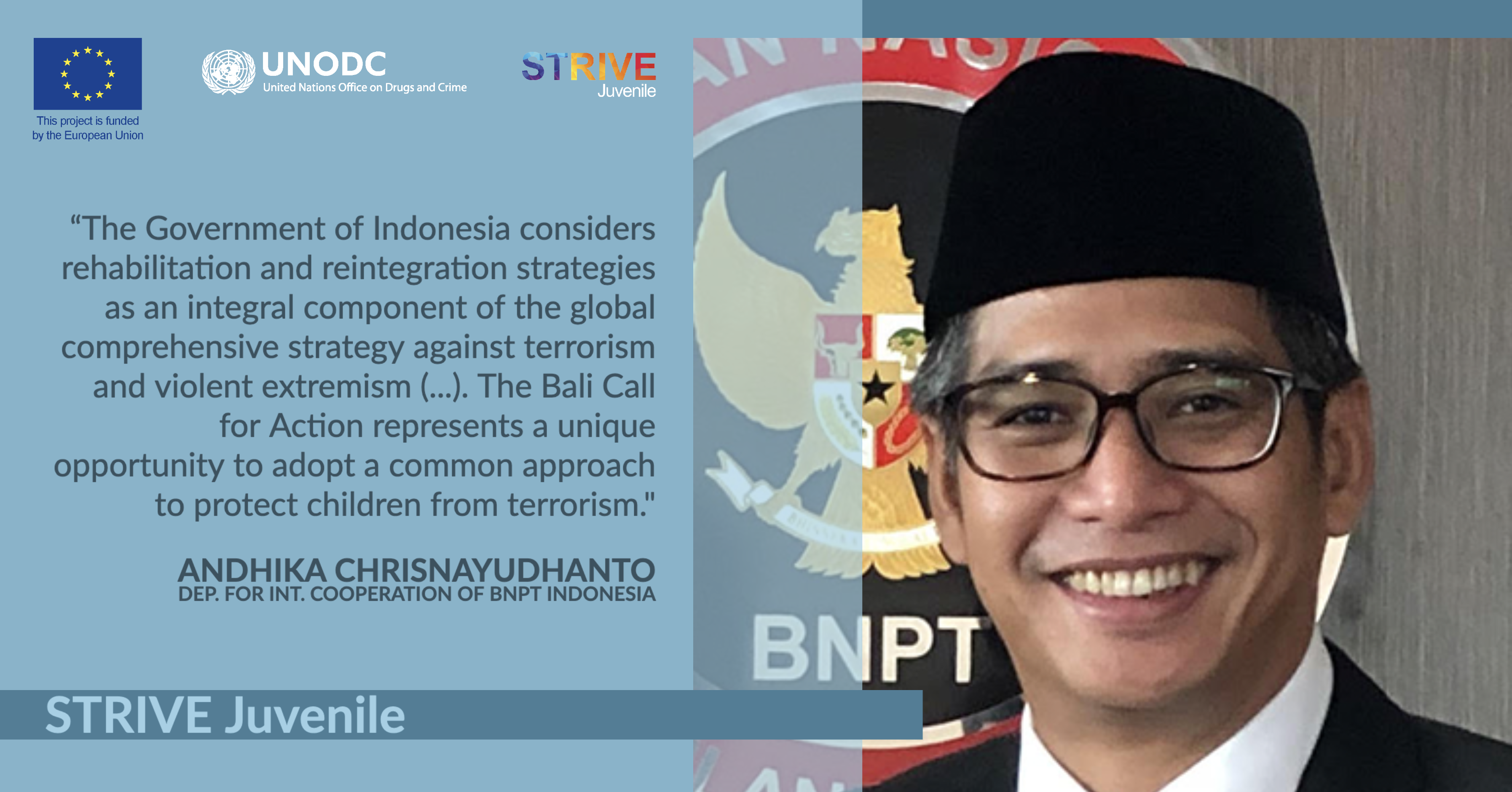 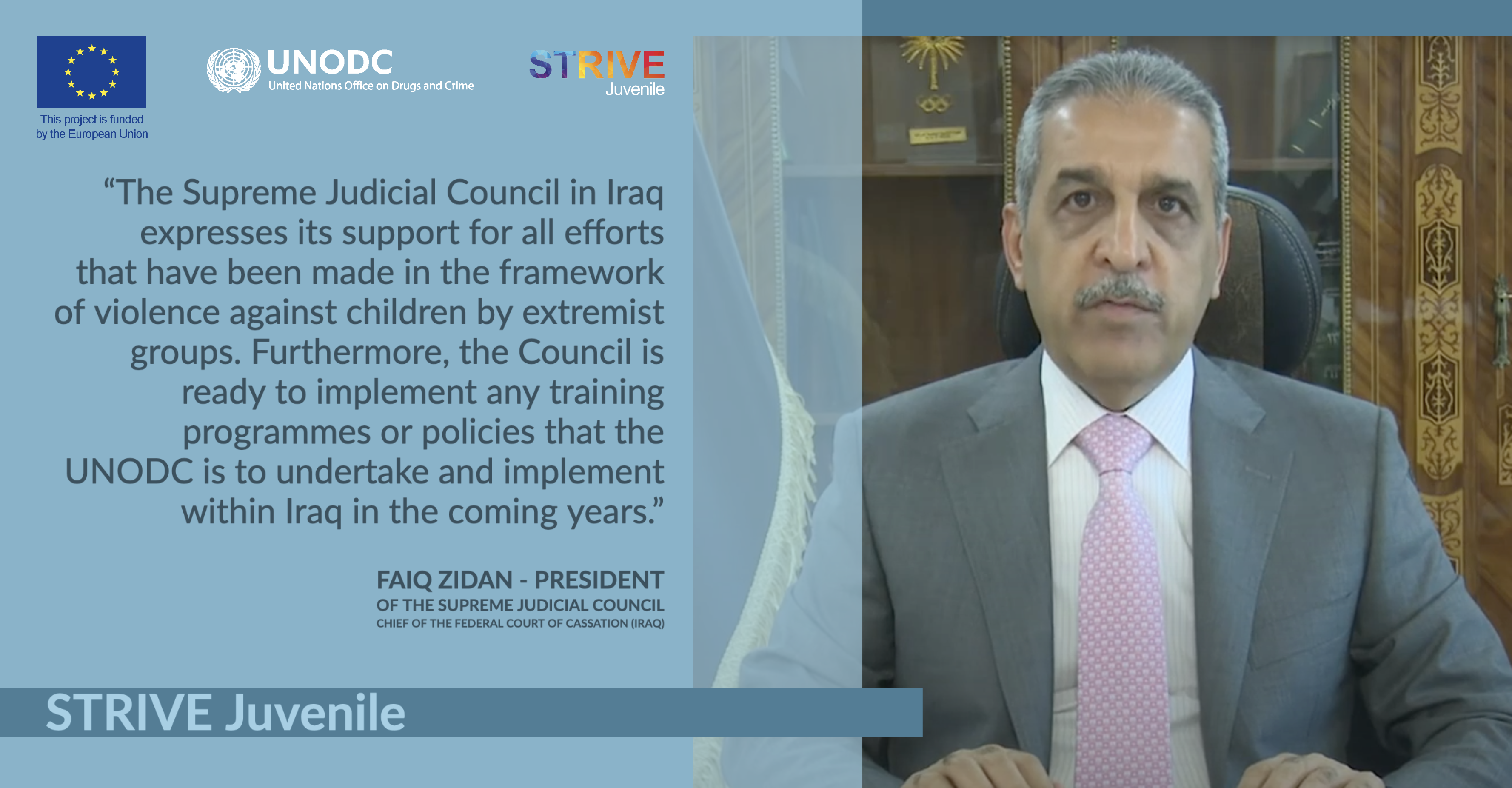 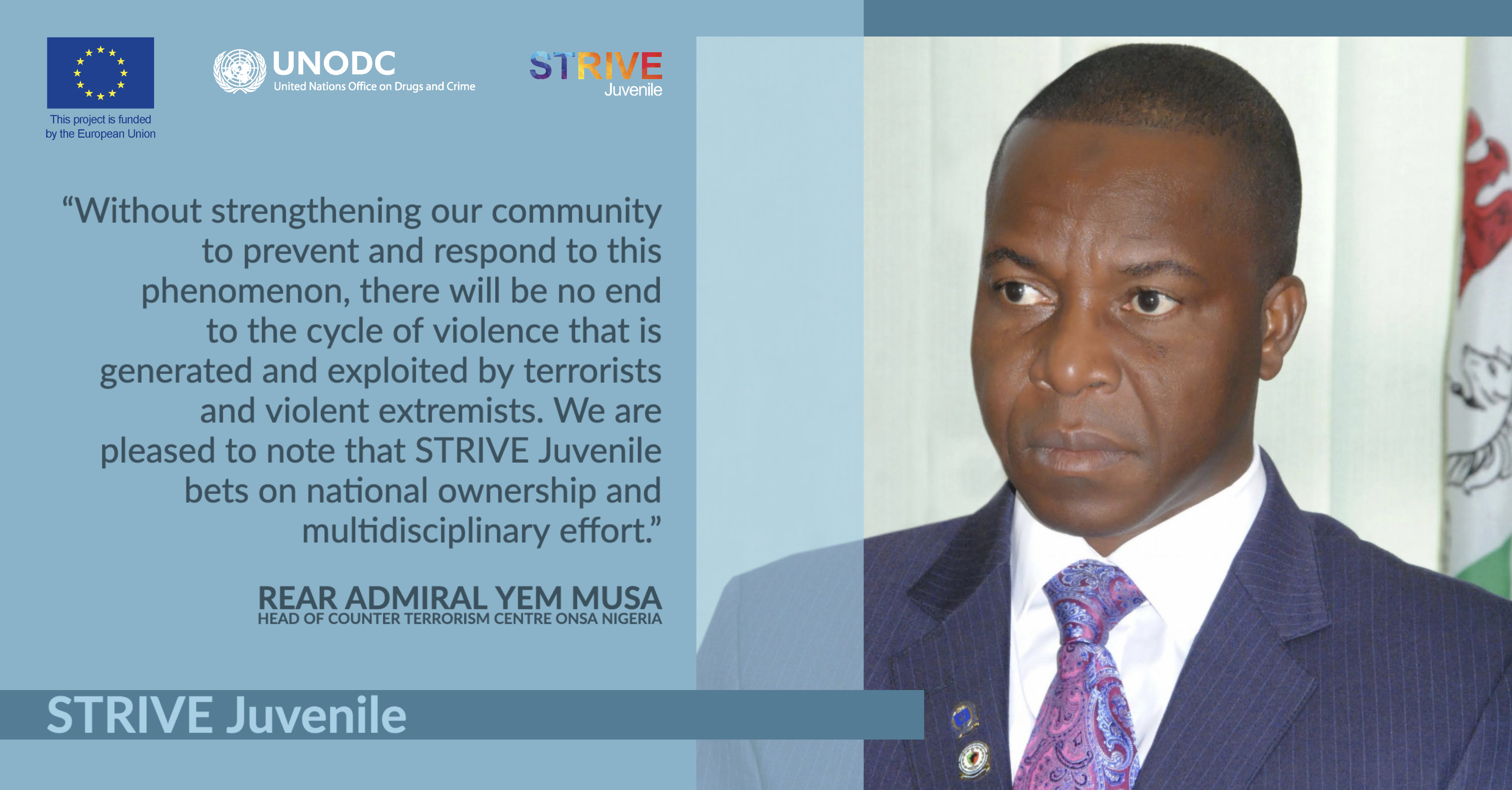