Established in 2015, the CCP Women's Network aims to actively promote women's roles in the Programme and foster an inclusive dialogue around female participation, leadership, empowerment, and freedom from discrimination in a sector often dominated by men. The CCP Women's Network encourages measures such as gender-sensitized recruitment criteria, flexible working hours, an inter-PCU support network and a training module on gender as a mandatory part of the core training. Members of the network can share information and discuss ideas via a WhatsApp messaging platform. In addition, the Women's Network Newsletter keeps PCU and ACCU officers, donors, private sector partners, civil society and other relevant stakeholders regularly updated on issues and recent developments regarding gender, workplace equality and professionalism. Finally, the CCP regularly evaluates the gender balance in all offices, PCUs, ACCUs and training events to assess the impact of interventions.

In October 2019, coinciding with CCP's 15th anniversary, a new initiative was launched within the framework of the Women's Network. The CCP Champions for Change (C4C) initiative takes lead from existing gender champion endeavors to establish a network of women and men affiliated with the CCP who commit to the ideals of gender equality and the betterment of women's working conditions. The women and men that become Champions will ideally be PCU and ACCU officers, CCP staff and trainers who volunteer to actively promote and encourage gender equality in their everyday work. Upon volunteering, a Champion will make a pledge committing to gender equality. As CCP celebrates its 15th anniversary, the Programme must be forward-thinking. Over the next 15 years, the Programme wants to see a culture of greater inclusivity and diversity. The Champions for Change can be one of many steps forward to achieve this endeavour.

For more information, sign up to the Women's Network Newsletter: ccp.womensnetwork@un.org 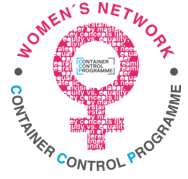