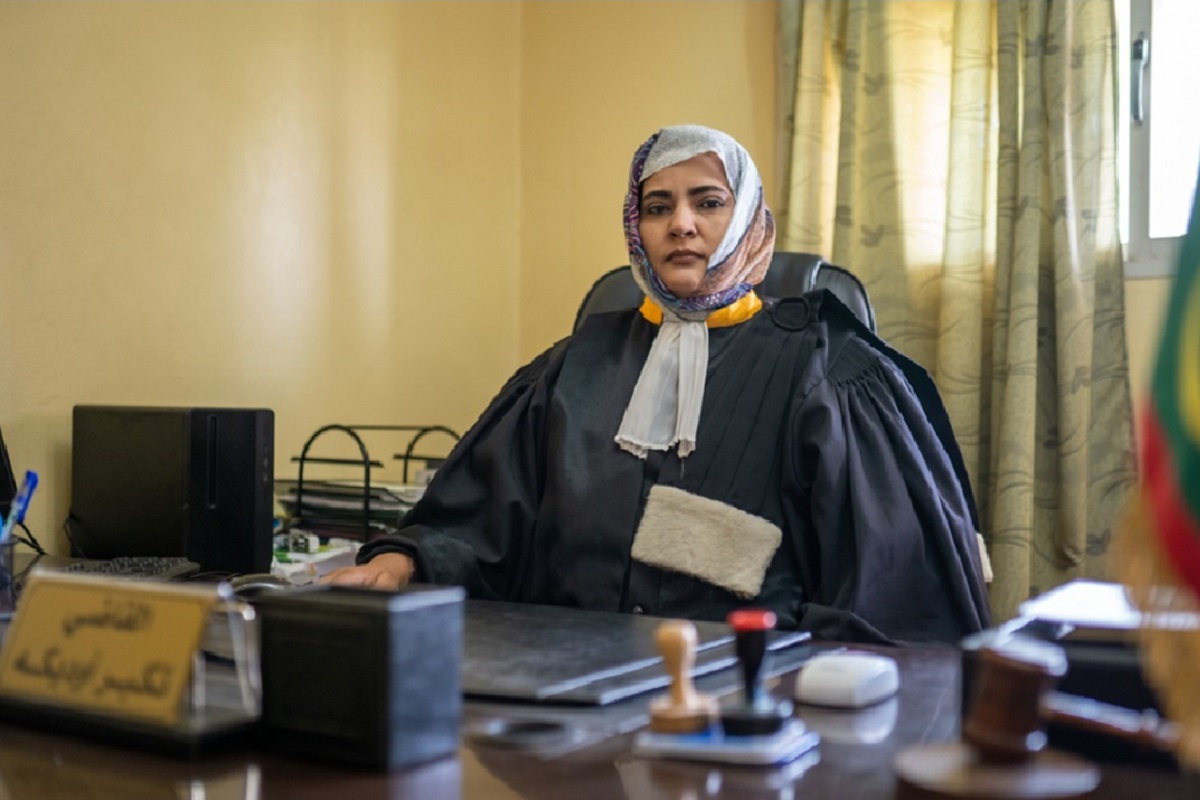 Tahiya Oudeyke, the only female magistrate in Mauritania. This photo was taken for the photo exhibition picturing around 38 Mauritanian and Sahelian women working in the security, defence, and justice sectors, organized by UNODC in Nouakchott in July 2021.

UNODC Field Offices, 8 March 2022 – As we commemorate International Women’s Day 2022, female practitioners are still underrepresented in the justice and security sector. Thus, for UNODC it is key to keep providing platforms that help to facilitate knowledge sharing among female professionals in these sectors, and support women to support each other in the workplace.

Despite international legal and normative frameworks, criminal justice institutions remain largely male-dominated. For instance, UNODC data from 2018 shows that between three and 37 per cent of police officers across all countries studied were women.

In Uzbekistan last year, UNODC convened 30 female leaders including MPs, judges and prosecutors in a round table discussion on the interrelationship between gender, transnational organized crime, corruption, drug-related policies and counterterrorism. Further understanding of this interrelationship can help formulate policies, programmes and activities that effectively mainstream gender perspectives in drug, crime and corruption policies.

Addressing the round table participants, UNODC Executive Director Ms. Ghada Waly said:
“Be it in border management, law enforcement, criminal justice, health, education or the fight against corruption, the full success of Uzbekistan’s significant reforms will rely upon the participation of women in their design and implementation, on an equal footing with men. Women’s rights and needs must be taken into account every step of the way, as women and men are impacted differently by drugs, crime, corruption, and terrorism,” she added.

Additionally, UNODC has provided equipment, digital platforms and eLearning to training centres in various locations worldwide – including in Tunisia, Uganda and in Pakistan, where women police officers constitute only around 1.5 percent of the entire police force.

In Balochistan, Pakistan in April 2021, 25 female officers-in-training completed a course to become the province’s first-ever female first responders for gender-based violence. Both research and experience has shown that empowering female police officers to take on these roles is one of the most effective ways to address gender-based violence crimes.

In January 2022, with the technical support/equipment provided by UNODC a cadre of 25 female police constables, recruited for patrolling the coastal highway of Gwadar, Balochistan, completed a three-day refresher course. In September 2021 25 female law enforcement officers in Pakistan were taught investigative techniques related to trafficking in persons and smuggling of migrants. The coaching session is part of a three part series of training organized by UNODC, under the EU-funded GLO.ACT initiative throughout 2021. One participant described being coached by the investigation and prosecution experts on how to handle cases and prepare for trials. "The session helped me understand rules that I struggled to understand before, clear up confusion, and enhance my capacity as an investigating officer. This will help me a lot when I deal with victims of internal trafficking," she explained. 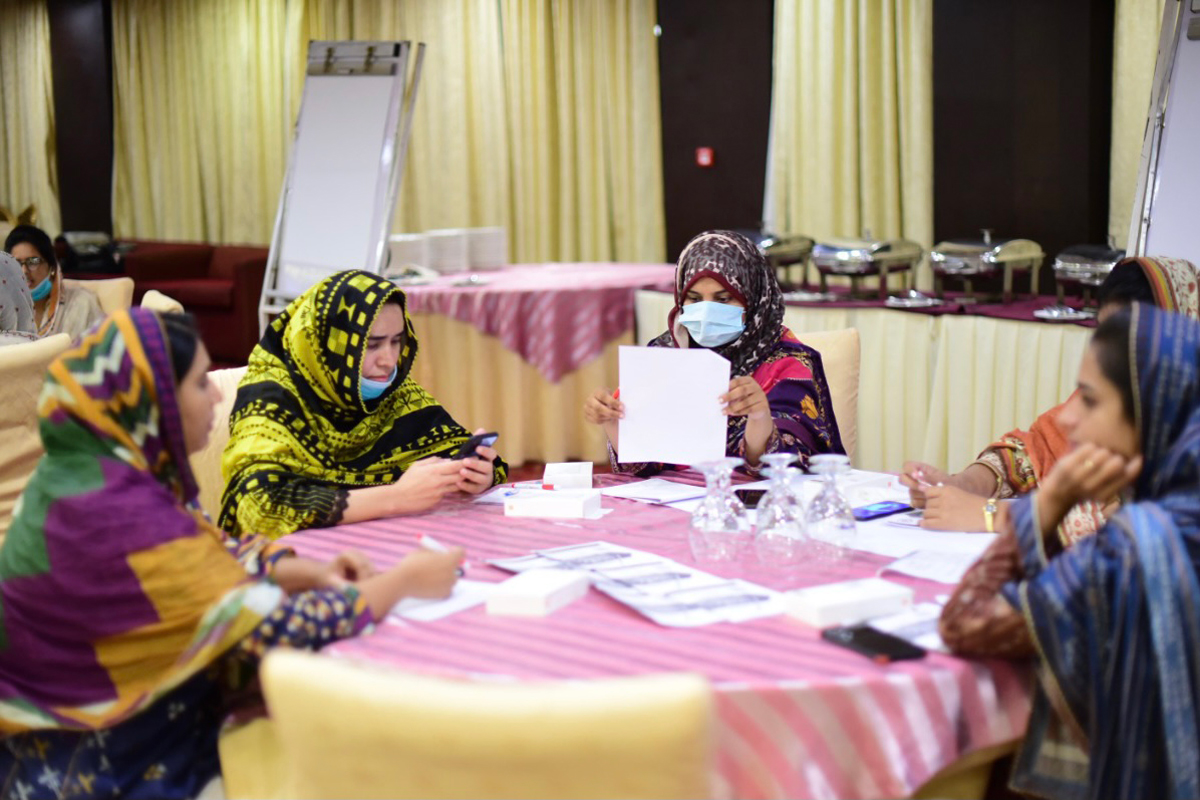 In other areas, UNODC has launched campaigns promoting women’s access to the defence, security and justice sectors. The 2021 Why Not Me campaign used TV spots, exhibitions and social media to portray women working in these sectors in Burkina Faso, Mauritania and Niger, inviting audiences to rethink perceptions of security and justice as male professions. For example, a photo exhibition in Nouakchott paid tribute to Mauritanian women who have distinguished themselves in the security or legal professions.

In July 2021, the third Women in Maritime Law Enforcement meeting saw over 50 female officers from agencies in Indonesia, Philippines, Viet Nam, and Thailand focus on practical initiatives to empower women in maritime law enforcement roles. This included a review of guidelines and practices used by regional coast guard services for women serving onboard vessels.

UNODC’s efforts across its field offices are driven by Sustainable Development Goal (SDG) 5 in the 2030 Agenda, which calls for progress towards gender equality and the empowerment of women and girls.

Why Not Me? Regional Campaign to Encourage Women's Participation in Security and Justice in the Sahel