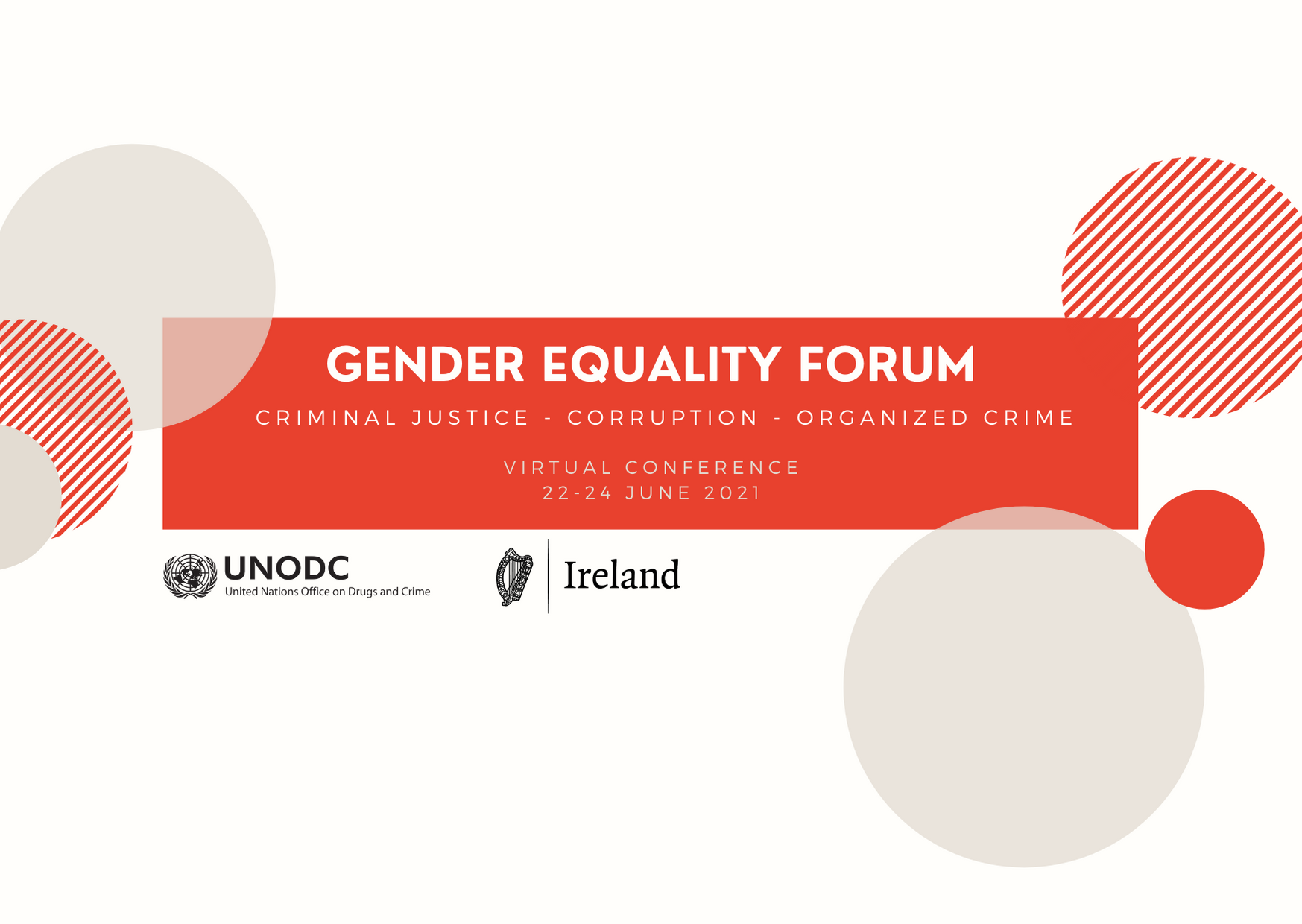 Vienna, 28 June 2021 – The UNODC Gender Team with the support of the Government of Ireland, hosted the first ever UNODC Gender Equality Forum, a virtual conference held from the 22nd to the 24th of June 2021. With the recent launch of the UNODC Strategy (2021-2025), the Forum was dedicated to discussing the future of gender equality and women’s empowerment in UNODC’s mandated areas, focusing on the gender dimensions of corruption, criminal justice responses to gender-based violence and combatting transnational organized crime with experts from UNODC, Member States, UN organisations, civil society organisations and academia.

The discussions during the UNODC Gender Equality Forum highlighted how aspects of gender need to be included in responses to corruption, gender-based violence and organized crime in order to have a holistic understanding of the reality faced by both women and men and to develop policies that match that reality. Lady Justice Hedwig Ongudi opened the discussion on the gender aspects in corruption with a question that was central to the discussion: “Are women less involved in corruption because they have not been empowered or is it because they are trustworthy and innocent?” Experts highlighted that there are a range of factors that impact the propensity of women’s engagement in corrupt practices. Dr. Lena Wängnerud stressed that the answer is not simple and that although women are traditionally more concerned about social risk and stigma associated with participation in corrupt activities, two important factors need to be taken into consideration: Firstly, context matters; in high corrupt settings it can be riskier for women to refrain from corruption. And secondly, women have more to lose from corrupt practices compared to men as they tend to receive harsher social condemnation. Corruption is a threat to the state’s ability to deliver social services. 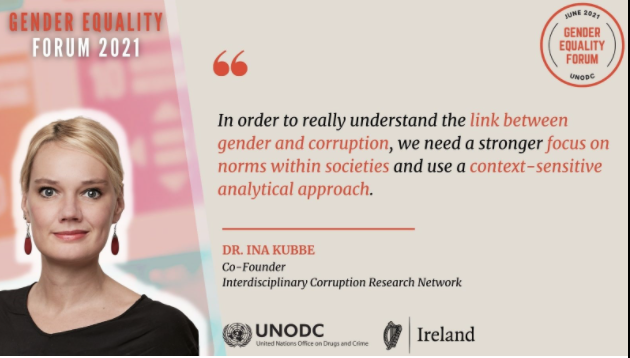 The experts agreed that data collection and the reporting of corrupt practices needs to be improved to truly understand the global gender-related trends in corruption. Only then, can effective anti-corruption policies be designed that address the needs of women and men, girls and boys.

In the fight to eliminate gender –based violence, the necessity of effective criminal justice responses was highlighted; particularly in the context of the COVID-19 pandemic. Alexandra Robinson from the United Nations Population Fund stressed the need to implement policies beyond the deterrence of violence and that a survivor-centred approach needs to permeate any action taken. For example, by increasing the number of women working in the criminal justice system and policing, increasing the number of women and girls’ safe spaces, providing mobile courts for women in remote areas and increasing digital forensic evidence capacities. 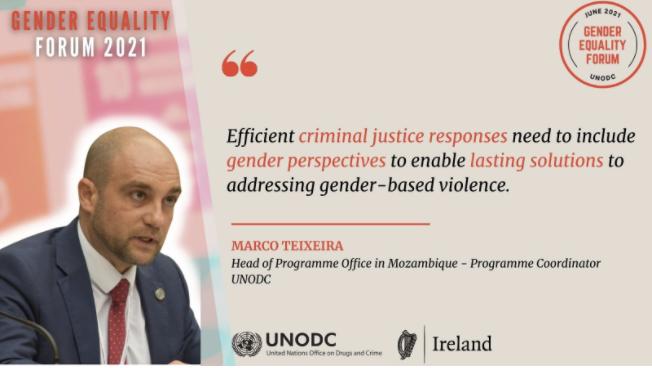 The discussion on gender aspects of combatting transnational organized crime was largely shaped by the question: “Who is perceived as criminal and who is a victim/survivor?” The answer is not as clear as it would first seem as men are seen predominantly as perpetrators and rarely as victims, but reality often proves to be more complex. The experts emphasised that to understand the complexity of being a criminal and a victim, the intersection of gender, race, religion and class needs to be addressed. Policies building on assumptions rooted in gender stereotypes need to be re-assessed and should be informed by research and data to understand the role of gender and behaviours that frame what is happening in these spaces. 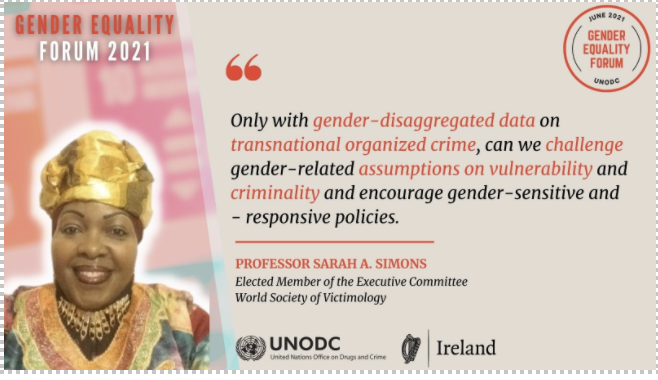 The goal of the UNODC Gender Equality Forum was not only to raise awareness about the gender dimensions in UNODC’s mandate areas of criminal justice, corruption and transnational organized crime, but also to develop applicable forward-looking recommendations on how to address persistent barriers for gender equality and the empowerment of women and girls in these areas. Thus, the recommendations provided during the UNODC Gender Equality Forum will be the foundation for an outcome document that will be presented during a high-level panel taking place at the end of Summer 2022.