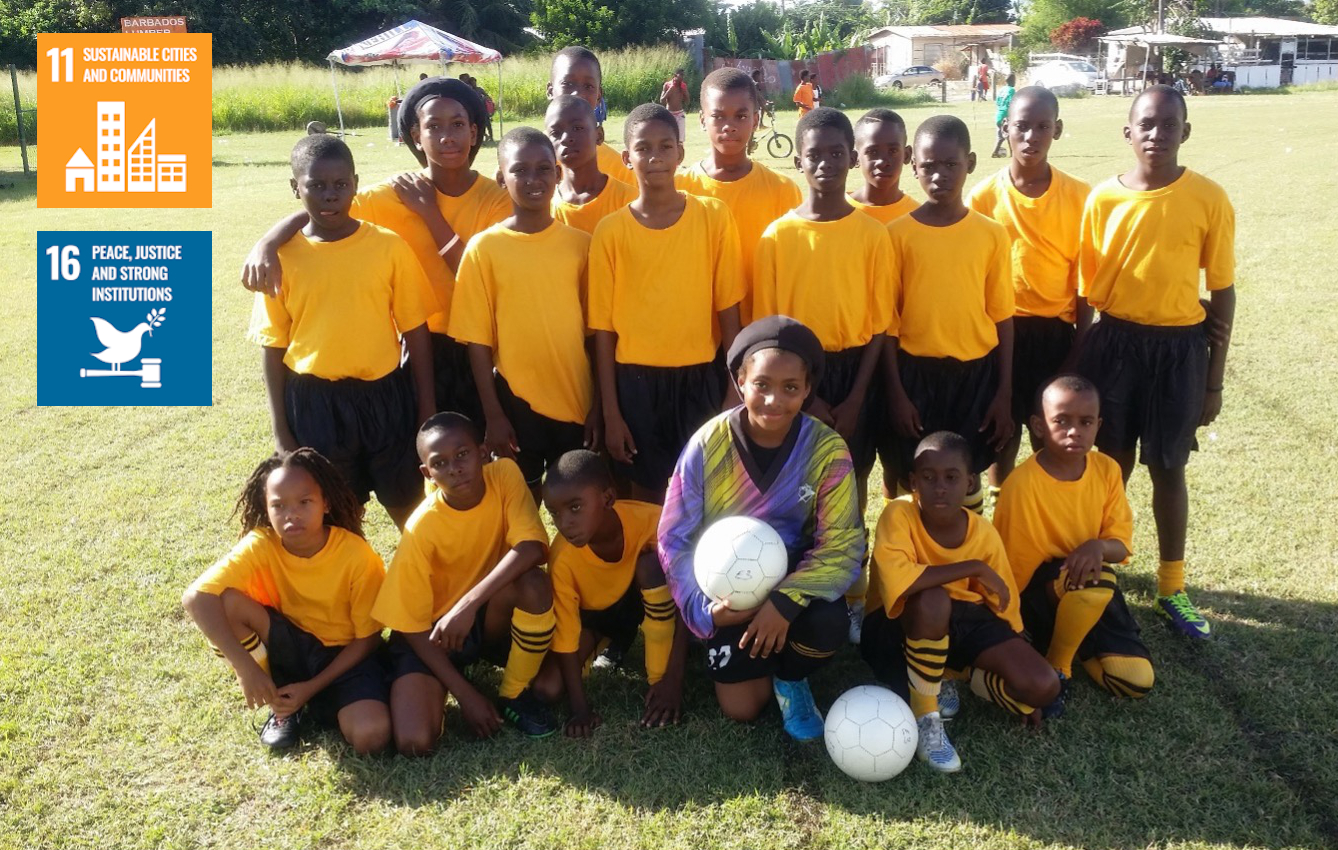 Deacon’s Farm, St. Michael, Barbados: Urbanization is closely linked with increases in economic and social development. Yet, alongside all the growth and advancement taking place in cities, urban communities are often undermined by increasing insecurity and violence resulting from crime. Security challenges – including the proliferation of firearms and ammunition – are a result of the increasing intersection of vulnerabilities within communities, local risk factors and illicit flows across national borders.

The community of Deacon’s Farm in St. Michael, Barbados has faced different threats over the years with crime and insecurity, that negatively impact community life and at-risk-youth. Despite the challenges faced, several community actors donate their time and resources to fulfil the developmental needs of children and young adults, catering not only to the Deacon’s Farm community, but also to other communities attracted to the positive reinforcement of these programmes.

Kevin Bishop is an example of a community leader in Deacon’s Farm. As a boy, he grew up participating in various community clubs and afterschool activities at the local community centre, which at the time, was a special project (the Deacon’s Development Project) initially funded by the United Nation’s Office on Drugs and Crime (UNODC) and implemented in collaboration with the Deacon’s Community and the National Council on Substance Abuse. This centre, unbeknownst to him at the time, provided the resources, mentors and tutors needed to propel his life as an at-risk youth to a scholarship winner, undergraduate degree recipient and young professional.

Following a successful academic trajectory, Kevin eventually emerged as a Community Liaison Coordinator for Deacon’s Farm, fashioning a multifaceted role in the community by planning, developing, implementing, and documenting community programming in line with a common vision and mission. He also helps to deliver proactive community involvement programs and activities with like-minded community programme coordinators, ensuring governmental awareness of community proposals, in pursuit of bringing positive and wholesome activities that are community-driven and led by community actors.

Initially involved in community development with the Deacon’s Development Project, Kevin is also supporting UNODC by assisting with a preliminary rapid assessment in his community in Barbados. The rapid assessment is based on UNODC’s Practical Guide for conducting Urban Safety Governance Assessments and its rapid response research methodology, that was executed in December 2020. Kevin has played an instrumental role in mobilizing his community to assist UNODC in collecting vital qualitative data for the rapid assessment, which is implemented as part of UNODC’s Urban Safety Governance Initiative, UNODCity.

Using a qualitative research paradigm, the work involved engaging with a wide range of stakeholders at both local and national levels to collect data using both primary and secondary data collection methods. This initiative seeks to support national and local stakeholders in realizing the full potential of urban communities in Barbados, through the provision of support to complement the grass-root community-led efforts to ensure effective and evidence-based interventions at the local and national level to strengthen resilience of the community to crime and violence, as well as to reduce vulnerabilities to transnational illicit flows like trafficking of drugs and firearms.

The 2030 Agenda for Sustainable Development recognizes that reducing conflict, crime, violence, discrimination, and ensuring the rule of law, inclusion, and good governance are key elements of people’s well-being and essential for securing sustainable development. The 2030 Agenda also explicitly highlights the promotion of safe, inclusive and resilient cities through SDG 11, with specific reference in SDG Target 11.7 to access to safe public spaces for all. This work also ties into SDG 16 on safe, just and inclusive societies through multiple targets such as Target 16.7 on responsive, inclusive, participatory and representative decision-making at all levels and SDG Target 16.a on strengthening institutions to prevent violence and combat crime.