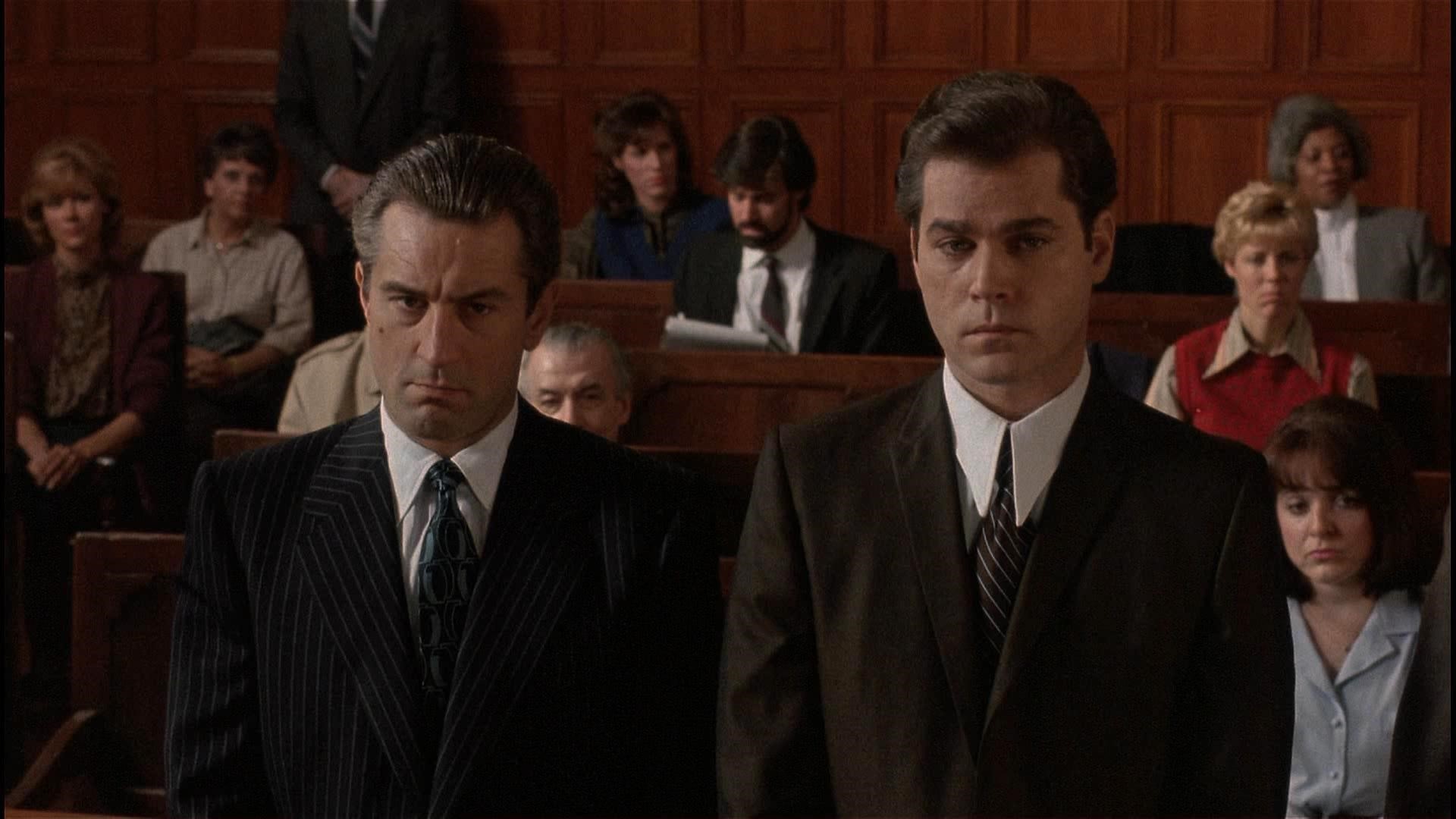 Based on the book "Wiseguy" by Nicholas Pileggi, Goodfellas tells the true story of Henry Hill (Ray Liotta), who grew up in Brooklyn and admired the Lucchese crime family members in his primarily Italian neighbourhood. "As far back as I could remember I've always wanted to be a gangster," said Hill, and he quit school and went to work for the local mob leaders Paul Cicero (Paul Sorvino - character based on the real-life mobster Paul Vario) and Jimmy Conway (Robert De Niro - character based on Jimmy Burke).

The movie recounts Henry Hill's introduction to and work for this New York mafia group and his ultimate capture and turn to informant. Because Henry Hill is half Irish, he cannot become a "made man" (full member) of the Italian-American crime family. The film portrays real-life events, such as a conspiracy to steal cargo from the airport, truck hijacking, and generally, the brutal violence of this group.

Henry falls in love and marries Karen (Lorraine Bracco), a Jewish woman, and accompanies her to the Copacabana nightclub several times a week. Karen is not entirely happy with Henry's work, but she enjoys the lifestyle. The marriage suffers when Henry takes a mistress and, in a famous scene, Karen confronts Henry with a gun while he is sleeping.

Henry and Jimmy Conway are sent to prison for four years after dangling a gambler over a lion's cage at the zoo in order to convince him to pay his debts. Henry then turns to drugs to support his family, although Cicero warns him about long prison sentences for drugs and the risk it poses to the crime bosses. Henry ignores Cicero and involves Karen, Tommy De Vito (Joe Pesci), Jimmy, and a new mistress in a large drug smuggling operation. Simultaneously, Jimmy Conway plans a major heist from the Lufthansa cargo terminal at the airport. After being promised to be inducted as a "made member" of the crime family, Tommy is killed in retaliation for an earlier murder he committed with Henry and Jimmy.

The many threads of Henry Hill's life come together in a disastrous way as he attempts to balance cocaine shipments, satisfy his mistress, avoid the police and keep his drug customers happy, while snorting cocaine himself. Henry is arrested as he drives to the airport. Karen bails him out of jail and destroys all the cocaine in the house, leaving him without money.

After his arrest, Henry feels abandoned by his associates and is marked for death for dealing in cocaine, so he decides to become an informant for the FBI. He enters the witness protection programme, after he testifies against his former associates, observing, "I get to live the rest of my life like a schnook." His marriage to Karen ends, and she gets custody of their children. 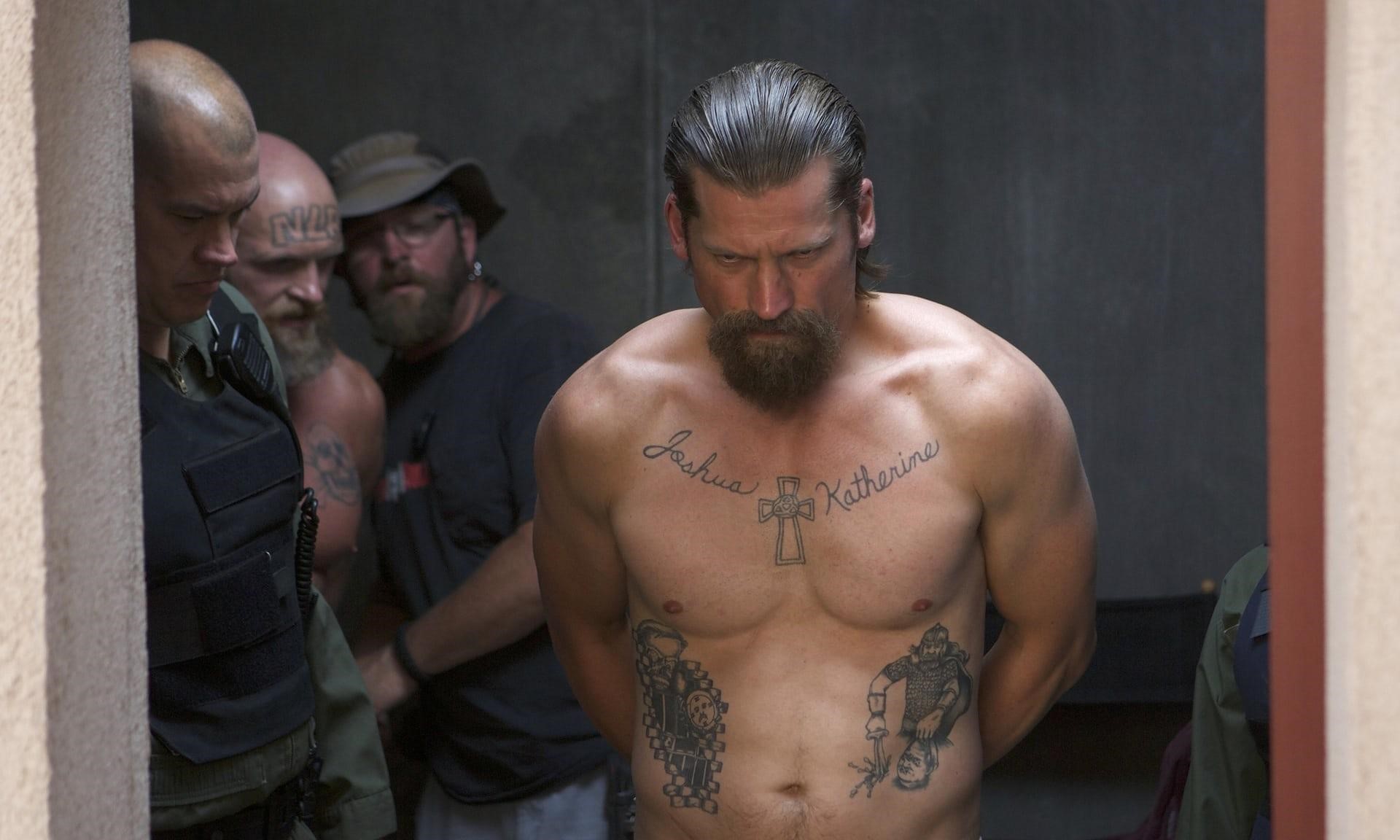 A successful stock broker, happily married and father of a small son, Jacob Harlon (Nikolaj Coster-Waldau) unintentionally runs a red light while drunk, causing a traffic accident that results in the death of his friend and business partner Tom (Max Greenfield). Sentenced to a short prison time, he must adjust and learn the ways of prison life. Throughout this, he struggles to do what's best for his family on the outside of the perimeter. The choices he makes in prison, however, have lifelong repercussions for Jacob.

While serving his first sentences, Jacob enters the prison yard his first time and accidentally stumbles into an African-American prisoner who responds aggressively. He attacks the man, having been told by his lawyer that he was going to be housed with "the big boys," and that he may need to fight back. After the incident, Jacob is approached by Shotgun (Jon Bernthal), a lieutenant for the PEN1 gang - also known as Public Enemy No. 1 - a violent white supremacist gang, and is brought to see Bottles (Jeffrey Donovan), the shot caller for PEN1 in the prison. Jacob joins the gang and agrees to perform various tasks for them, from smuggling heroin into the yard to eventually even aiding in a murder with another PEN1 gang member. Jacob is given the nickname Money, in connection to his past in the stock market. He makes gang-related tattoos as his personality begins to change.

Having demonstrated dedication and commitment to the gang, Jacob is introduced to the Beast (Holt McCallany), the head shot caller for the Aryan Brotherhood who had been in solitary confinement for the past seven years, yet still managing the gang's activities from inside prison thanks to corrupt correctional officers. Before being released, Jacob receives a special assignment from the Beast, who puts him in charge of a large firearms deal with Herman Gomez-the leader of the Sureños, groups of loosely affiliated gangs that pay tribute to Mexican organized crime. After definitely pushing his family away and finding out that Shotgun has been blackmailed by the police into cooperation, Jacob kills him and decides to fail the arms deal and allow the cops to arrest him.

Jacob is imprisoned for life with no possibility of parole. He refuses to cooperate with law enforcement and is placed back in his old cell.  Beast threatens him and promises to hurt his family. Anticipating the threats, Jacobs kills Beast with a razor blade that he had smuggled in. Covered in Beast's blood, Jacobs acknowledges to the corrupt guard that he would be in charge of the gang's operations. The film ends with Jacob serving his life sentence, content with his family living a safe life far from prison.