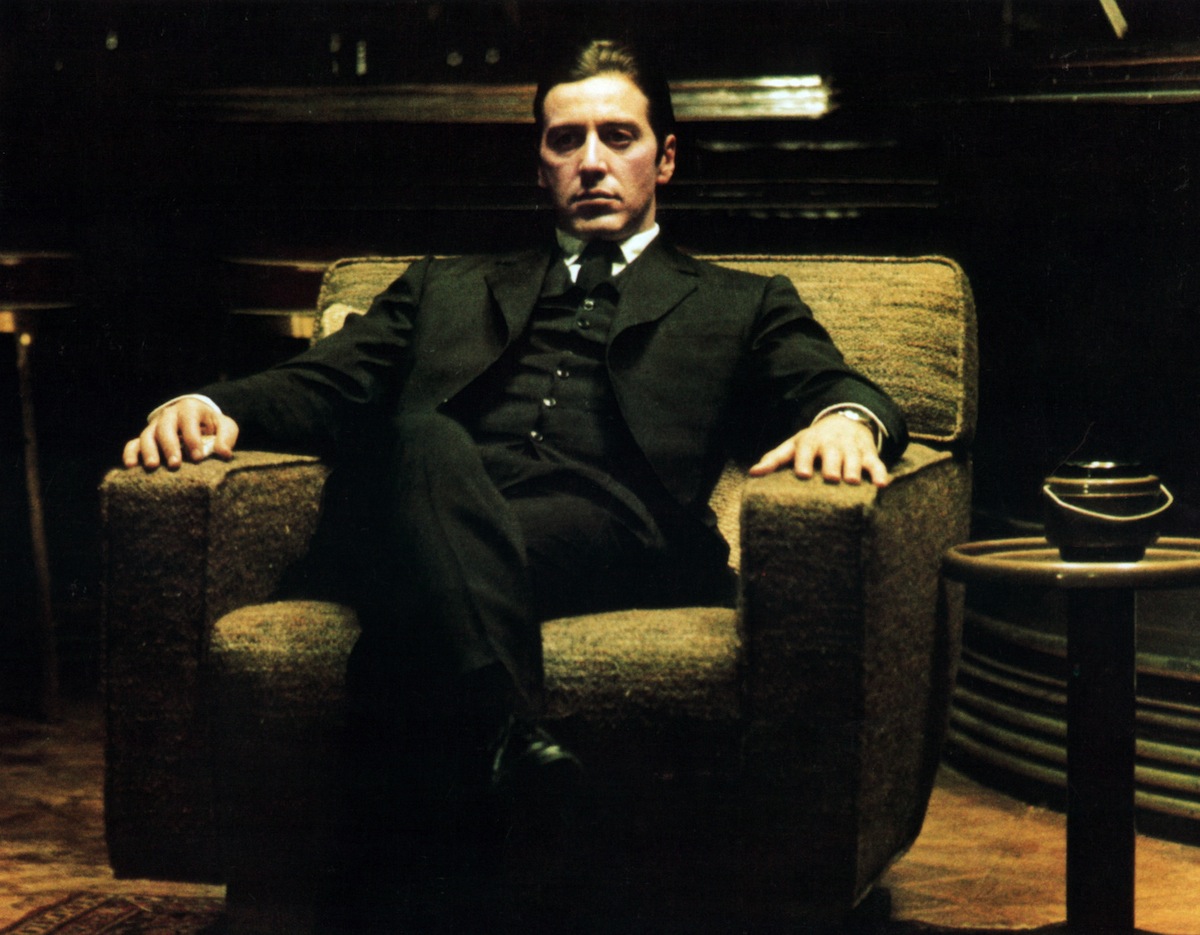 The Godfather is one of the most successful movies ever made. The film is based on a novel by Mario Puzo, and it chronicles a decade (1945-1955) in the life of a Mafia family, the Corleones. The film stars Marlon Brando, Al Pacino, Robert Duvall, Diane Keaton, and James Caan. Marlon Brando is Vito Corleone, the head ("Don" and "Godfather") of the family. Al Pacino is Michael Corleone, Vito's youngest son, who has returned from military service and does not want to be involved in the family business. His girlfriend is played by Diane Keaton. James Caan is Sonny Corleone, Vito's quick-tempered oldest son, groomed to be successor to Vito as head of the family. Robert Duvall is Tom Hagen, who is treated like a son by Vito and is the family lawyer.

The film's enduring popularity stems from its interesting depiction of the Sicilian lifestyle as much as the story itself. It opens at the wedding of Vito Corleone's daughter, and "no Sicilian can refuse a request on his daughter's wedding day," so Vito and Tom Hagen are hearing many requests from family and friends. Among the guests at the wedding is singer Johnny Fontane, Vito's godson, who asks for his help in getting a movie role to help his now struggling career. The head of the movie studio, Jack Woltz, will not give Fontane the part, but Vito Corleone says to Johnny (in what becomes one of the most recognized lines in the history of film): "I'm gonna make him an offer he can't refuse." Tom Hagen is sent to Hollywood to fix the problem, but Woltz will not budge. The next morning Woltz finds the bloody severed head of his prize stud horse lying in bed with him.

The film continues with a "war" over involvement in heroin trafficking among the five families that comprise the Mafia in the New York City area. Vito Corleone is seriously wounded, and Michael finds himself pulled into the family business in order to protect his father, engaging in murder and having to hide in Sicily. The film continues with conflict, violence, betrayal, and Sonny's murder. In the end, Michael, the reluctant youngest son, becomes head of the Corleone family.

The cast of The Godfather brings to life the characters, their personalities, and contradictions and, even though the movie and book on which it is based are both works of fiction, many people continue to believe they portray actual events. The Godfather won the Academy Awards for Best Picture, Best Actor (Marlon Brando), and Best Screenplay (Francis Coppola, Mario Puzo). The film was nominated for eight additional Academy Awards.

The Godfather Part II was released two years later as both a sequel and a prequel. One storyline involves Michael Corleone as head of the family after the events of the first movie. A second storyline is told in the form of a series of flashbacks of his father's (Vito's) youth and rise to power as the original head of the Corleone family. The Godfather Part II has been ranked as perhaps the best sequel of all time, earning 11 Academy Award nominations and winning 6 (including Best Picture, Best Director [Coppola], and Best Supporting Actor [Robert De Niro]).

The Godfather Part III was released in 1990 and tells the story of Michael Corleone's efforts to make the family business legitimate. As "Michael's story," it is a departure from the other films, but Part III deals with the family's internal conflicts and tensions in a gripping way, like the earlier films. It received nominations for Best Picture, Best Director, and Best Supporting Actor (Andy Garcia).