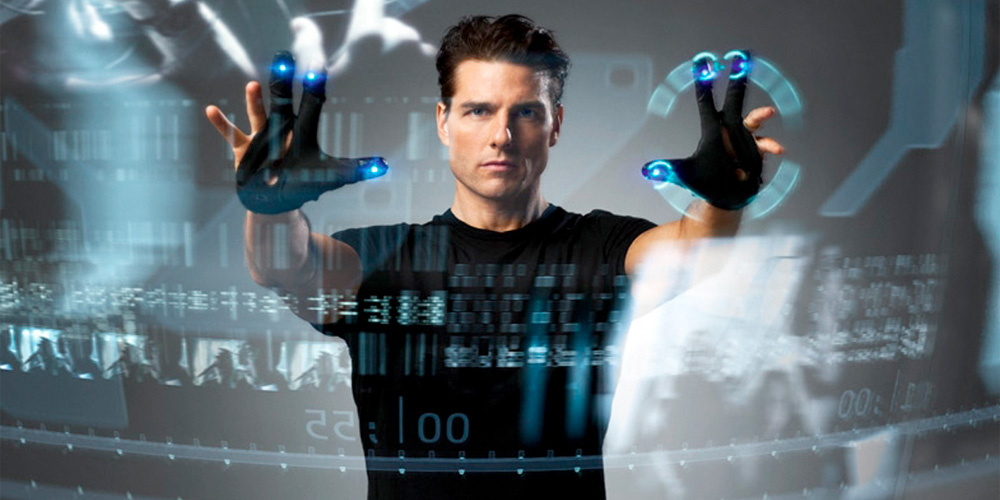 Minority Report is set in the year 2054, and John Anderton (Tom Cruise) is chief of the Department of Pre-Crime in Washington, DC. There has not been a murder there in 6 years, because of an operation Anderton supervises where three pre-cognitive humans ("pre-cogs") drift in a flotation tank and have their brain waves tapped by computers. These brain waves can pick up thoughts of premeditated murders, so the police can be warned and arrest the would-be perpetrators before they can kill (hence the "Department of Pre-Crime"). Of course, it is not as easy as this, because the pre-cogs can provide only the time and date of the murder, the murderer's name, and the victim's name - the other facts can be learned only by clues derived from the various images generated by the pre-cogs around the time of murder. The film is based on a short story by Philip K. Dick.

The pre-crime police strategy is going to expand nationwide, and there is personal and bureaucratic jealousy toward Anderton and the pre-crime unit. The movie focuses on a rare disagreement among the "pre-cogs" over a pending murder, and one of the pre-cogs apparently files a minority report disagreeing with the others. Normally, the minority report is disregarded, but the twist is that Anderton himself becomes a target for arrest as a predicted killer, and he is apparently warned of this by one of the pre-cogs.

Anderton then is chased by police, assisted by one of the "pre-cogs" named Agatha (Samatha Morton), and the futuristic police pursuit and search is interesting and compelling. For example, everyone is subject to retina scans, so Anderton has to get an eye transplant to hide his identity while being pursued. The story has several twists, and it raises important issues about the certainty of knowledge and how knowledge should be used.