Please note that the film involves disturbing subject matter. A disclosure of the content may cause uncomfortable feeling or emotional distress. Viewer discretion is advised. 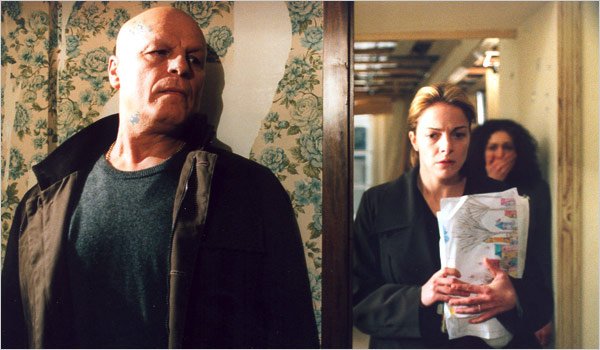 In this psychological thriller, director Giuseppe Tornatore depicts a Ukrainian woman, Irena (Xenia Rappoport), as a prostitute on the run in Italy. She finds a job in an elegant apartment in northern Italy, where she is hired by an affluent family as a maid and nanny of the family's child, Thea (Clara Dossena). Irena calculatedly insinuates herself into the life of this family, stopping at nothing to earn their trust. Through flashbacks of Irena's past which she carefully hides, viewers learn piece by piece that Irena was physically and emotionally abused, and forced to bear nine children, all of which were taken away at birth to be sold for illegal adoption. After stabbing her pimp, Irena sets out to find her youngest child, whom she believes is Thea.

Thea's mother grows suspicious of Irena and fires her, despite the loving relationship that has formed between Irena and the child. Soon, Irena finds out that her pimp did not die but chase her to her new location for revenge. The pimp forces Irena to drive him to a location where Irena might have hidden the money she stole from him when she left him for dead. A struggle follows, and …