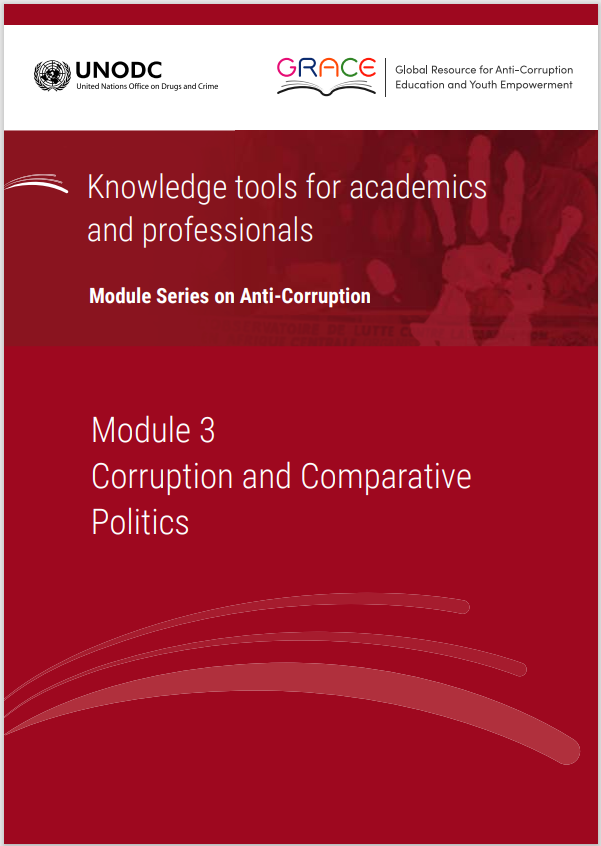 Transformation from the four corruption syndromes described above towards building social foundations for reform involve long-term, indirect ways of empowering and supporting political opposition to corruption. Johnston (2014) suggests that, in the long run, one of the most important anti-corruption approaches is "deep democratization", which enables people to defend their interests by political means. This overarching approach has the potential to revive long-term conflicts and political developments in societies where corruption has been brought within workable limits. In contrast to other reform strategies, deep democratization conceives better government in terms of justice and fairness and not as more efficient administration. Reaching that goal involves the improvement of the quality of institutions, laws, and enforcement measures which, in turn, require sustained political, economic and social demand that reforms and controls be implemented effectively.

Yet, the relationship between anti-corruption efforts and democratization must always be considered and understood within localized contexts - both in understanding how corruption is fostered and in developing ways to eradicate it. It also calls for embracing the complexity of cultural and political diversity, despite broad agreement with respect to universal values (for more information about universal values and political diversity see Module 2 and Module 5 of the E4J University Module Series on Integrity and Ethics).  Thus, the association of democracy with honest and clean governments depends very much on a country's broader political environment and other local circumstances (Kramer, 2018). For example, in Oligarch and Clan situations, reform priorities should revolve around creating a safe and valued political and economic space within which citizens and businesses can articulate, discuss and defend their interests and needs. Basic law enforcement and security of legal rights should be of high priority; so, too, should be sound currency and banking, and building an independent and accessible justice system. Here, too, corruption is most likely to be only one of many issues to drive contention and debate, but underlying most such issues will be questions of accountability and fairness (Johnston, 2014; 2017).

In Official Moguls situations that are characterized by an authoritarian inner circle, anti-corruption strategies might start with attempts to secure even modest civil liberties. This could, for example, contribute to better implementation of development aid projects even in undemocratic environments; reducing police and military oppression of citizen groups; increasing interest in political life; and raising corruption as an issue in an indirect way. That is not to say that such attempts will necessarily have such positive influences, rather the idea is that they could.

Curbing corruption is complex and requires a multi-pronged approach that continues over a long period of time - irrespective of whether the regime is democratic, hybrid or authoritarian. In the end, "the key is gradual and indirect change making way for such contention to emerge within society, driven by issues and grievances people care about" (Johnston, 2017, p. 7). The idea here is that curbing corruption is a dynamic process that takes place over time and involves a suite of administrative and procedural interventions and reforms to improve transparency, accountability, fairness and equality. As noted in Kubbe (2017):

by providing the institutional component of people power, democracy leads to higher levels of transparency and enables the … social engagement of groups including non-governmental organizations, media and the press, to call attention to corruption, sensitize the population and act as watch-dogs. As studies have indicated, in mature democracies these social organizations and movements have become a constant source of influence on government, keeping elected officials under permanent pressure in terms of accountability and responsiveness.

This kind of vertical accountability, which is also referred to as social accountably, is associated with democracies. In hybrid and authoritarian regimes, civil society movements and individual citizens must be empowered to demand better government and effective corruption control in the long term. In this context, Collier (2002, p. 27) argues that "an empowered civil society playing a vital role in elite accountability emerges as the foundation for building commitment rules". Thus, the deep democratization approach is linked to both social accountability and social empowerment, two factors that are essential for the fight against corruption. These and related issues are discussed further in Module 10 of the E4J University Module Series on Anti-Corruption.

Next: Political parties and political finance