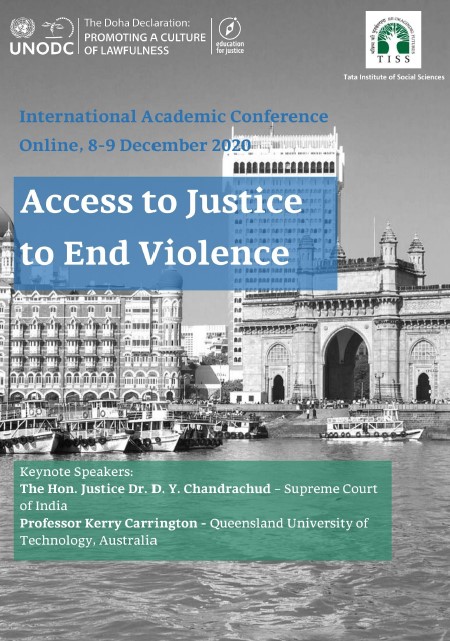 The two-day conference comprised more than 30 academic presentations and drew more than one hundred delegates from a range of countries including Argentina, Australia, Cameroon, Ghana, India, Malaysia, the Netherlands, Nigeria, the United Kingdom, and the United States of America. Conference sessions provided an opportunity for intellectual exchange on topics as diverse as restorative justice, therapeutic jurisprudence, access to legal aid, the role for extra-legal supports to victims and witnesses, and the rights of children in conflict with the law. Strategies to end gender-based violence and violence against children, were strong themes throughout the conference, with several sessions dedicated to the sharing of empirical and theoretical research findings on violence prevention and the elimination of harmful and discriminatory laws, practices and stereotypes and assumptions to ensure equal access to justice for all.

The Honorable Justice Dr. D. Y. Chandrachud, a sitting judge of the Supreme Court of India, delivered his Keynote Address on transforming institutional attitudes towards undertrials and prison reforms. Conference delegates were particularly interested to hear Justice Chandrachud elucidate practical strategies to address chasms in justice, and preserve the dignity of undertrials and prisoners. The recording of Justice Chandrachud’s Keynote Address is available below. 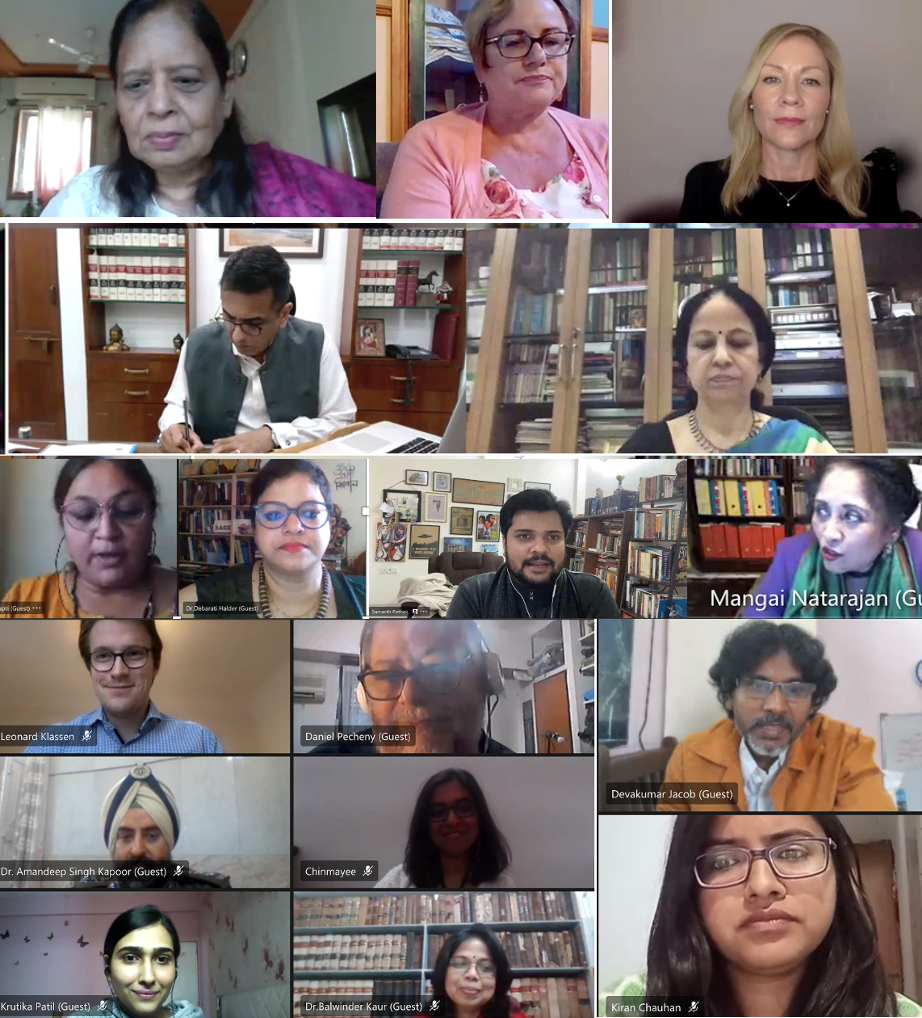 Both the Tata Institute of Social Sciences, and the Education for Justice initiative, strive to enhance access to quality education and scholarship for all. The impetus for this conference was to highlight the transformative potential of multi-disciplinary intellectual exchange, to further empower academics and higher education students working on access to justice. In the course of the two days the conference touched on themes addressed in the E4J University Module Series, including on trafficking in persons and smuggling of migrants; organized crime; and various sub-themes of crime prevention and criminal justice, such as justice for victims, violence against women and girls, justice for children, restorative justice, and access to legal aid.

Conference co-convenors, Professor Asha Bajpai (Professor of Law, TISS) and Dr Wendy O’Brien (Education for Justice, UNODC) concluded that the two day event had been a success in engaging post-graduate students, academics and criminal justice practitioners from India as well as other parts of the world, in rigorous discussion on evidence-based strategies to end violence and ensure equal access to justice for all.

Hon. Justice Dr. D.Y. Chandrachud is a sitting judge of the Supreme Court of India. He was previously the Chief Justice of the Allahabad High Court and a former judge of the Bombay High Court. He joined the Bombay bar after obtaining a LLM and JSD from Harvard Law School.

He is a guest lecturer at Harvard Law School, Yale Law School, University of Australia and University of Witwatersrand, South Africa. He has been invited to several organizations as a speaker, including the United Nations High Commission on Human Rights, International Labour Organisation, United Nations Environmental Program, the World Bank, Asian Development Bank and the Association of Asian Constitutional Courts.

Justice Chandrachud, in his 4 years at the Supreme Court so far, has delivered several seminal judgements- including the decriminalization of homosexuality, decriminalization of adultery, declaration of privacy as a fundamental right and combated caste and gender discrimination through the Indian Constitution. His judgements, including his notable dissents, have enriched Indian jurisprudence on constitutional law, human rights law, gender justice, criminal law and labour law. His vision for a just and equitable society precedes his days at the bench. As an advocate practicing predominantly at the Bombay Bar, he was a champion for several causes, including the right to privacy, the rights of HIV+ workers, religious and linguistic minority rights. As the current chairperson of E-committee, he is spearheading a digital transition of the judicial system in India, with an equal aim of ensuring access to all litigants.

Keynote Abstract – The Price of Liberty: From Principle to Practice, Transforming Institutional Attitudes towards Undertrials and Prison Reforms

In 1977, the Supreme Court in the case of State of Rajasthan, Jaipur v. Balchand, had laid down the cardinal rule for preserving the liberty of scores of undertrials languishing in jails in the following terms- “Basic rule is bail, not jail”. However, even today, common citizens at the bottom of the social and economic hierarchy continue to be deprived of their liberty in disproportionate numbers and await months for the disposal of their bail applications. The data available on National Judicial Data Grid shows that around 91,568 bail application are pending before the High Courts and 1,96,861 bail applications are pending before the District Courts.

Justice Chandrachud will be elaborating on his experience with criminal law from his days at the bar, to his days at the bench. He will elucidate on the principles of a carceral state as justified in a modern welfare state, only when coupled with goals of restorative justice. In meeting the goals of restorative justice, preserving the dignity of undertrials and prisoners are crucial; and can only be achieved by the synergies of the state machineries, prisons and the judiciary. He will underscore the existing chasms of justice and locate them across the following factors: (1) lack of effective legal aid; (2) corruption and misuse of criminal law; (3) a colonial mindset pervading the district judiciary, which chooses to defer cases of personal liberty to High Courts, treating itself as a “sub-ordinate”; and (4) a systemic deficiency in demonstrating urgency for disposal of cases of personal liberty. He will examine these themes with an aim to ensure that criminal law does not become a weapon of state oppression. 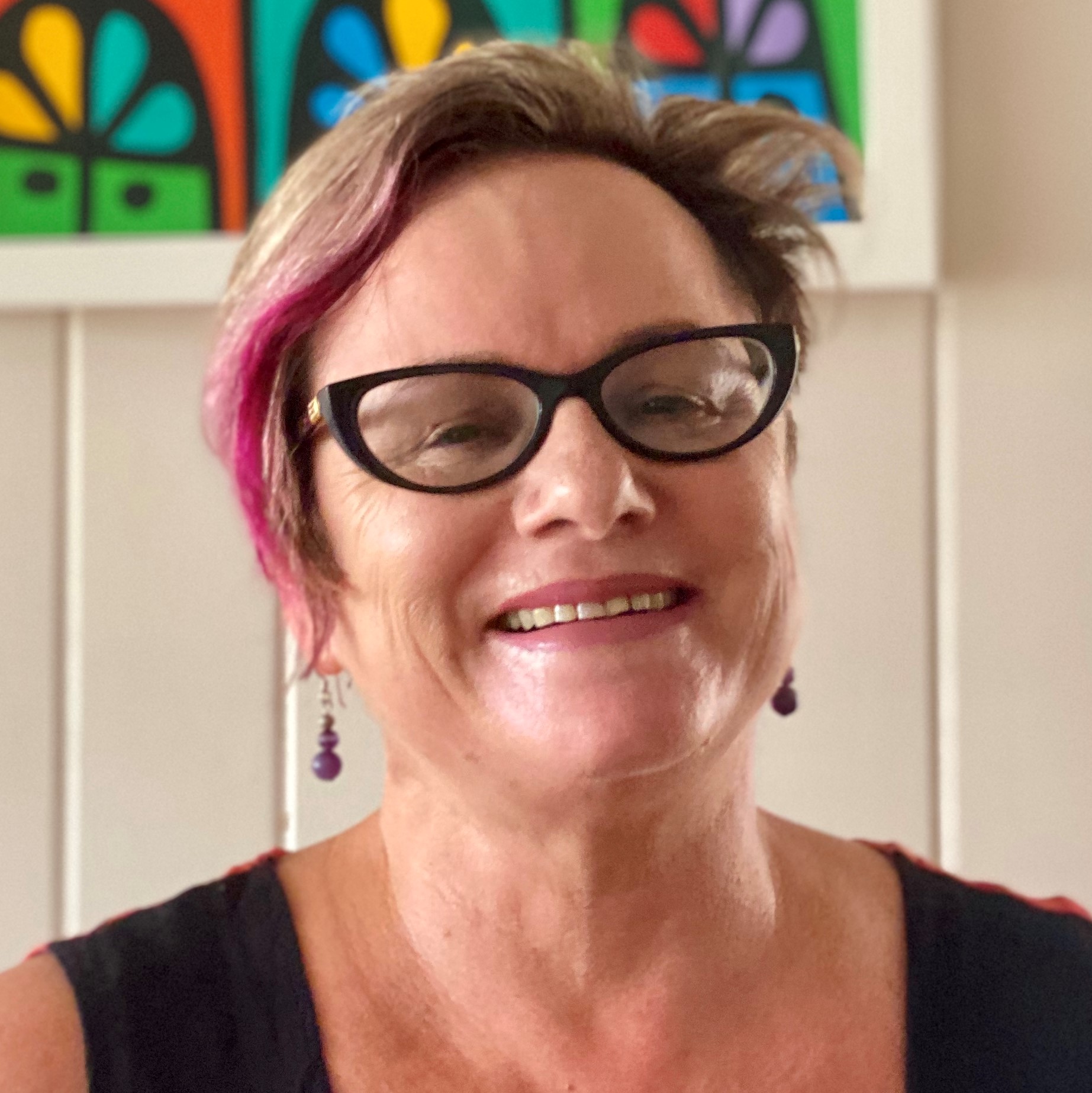 For the past 11 years, Professor Kerry Carrington has been Head of the School of Justice in the Faculty of Law at Queensland University of Technology, Australia. Kerry is one of the intellectual architects of southern criminology - a project that aims to bridge global divides, democratise criminological concepts, theories and methods and inject the field with innovative ideas and research from the periphery. For three decades she has been a leading figure in feminist criminology and is the author of Feminism and Global Justice (2015), co-author of Southern Criminology (2019) and 126 other publications. She is the Founding Chief Editor of the International Journal for Crime, Justice and Social Democracy ranked 14th in the world for open access in the field of Law. In 2014 she was the recipient of the American Society of Criminology Lifetime Achievement award (Division of Critical Criminology), and in 2013 recipient of American Society of Criminology, Distinguished Scholar Award (Division of Women and Crime). In 2016, she was elected a Fellow of the Academy of Social Sciences Australia for outstanding and distinguished contributions to the social sciences. She is currently undertaking an ARC funded world first study on how Women’s Police Stations in Argentina respond to and prevent gender violence. In 2019, she presented the findings of this study to the UN 63 Commission on the Status of Women NGO sessions in New York (presentation and publications in Spanish and English).

Find abstracts of the other speakers' interventions in the conference booklet.