An alternative method has been developed to assess organized crime, given the problems of measurement and the need for specific guidance for interdiction and prevention efforts. This method attempts to measure organized crime by assessing product markets and flows.

In 2010, UNODC published The Globalization of Crime: A Transnational Organized Crime Threat Assessment, which offered for the first time a global overview of illicit product markets and flows. Multiple other reports subsequently have been developed by UNODC that focus on the transnational organized crime problems in specific world regions to allow for more specific guidance (UNODC, 2013).

The scope of this global assessment effort was vast, and it is best illustrated by a single map, depicted in Figure 5.1. 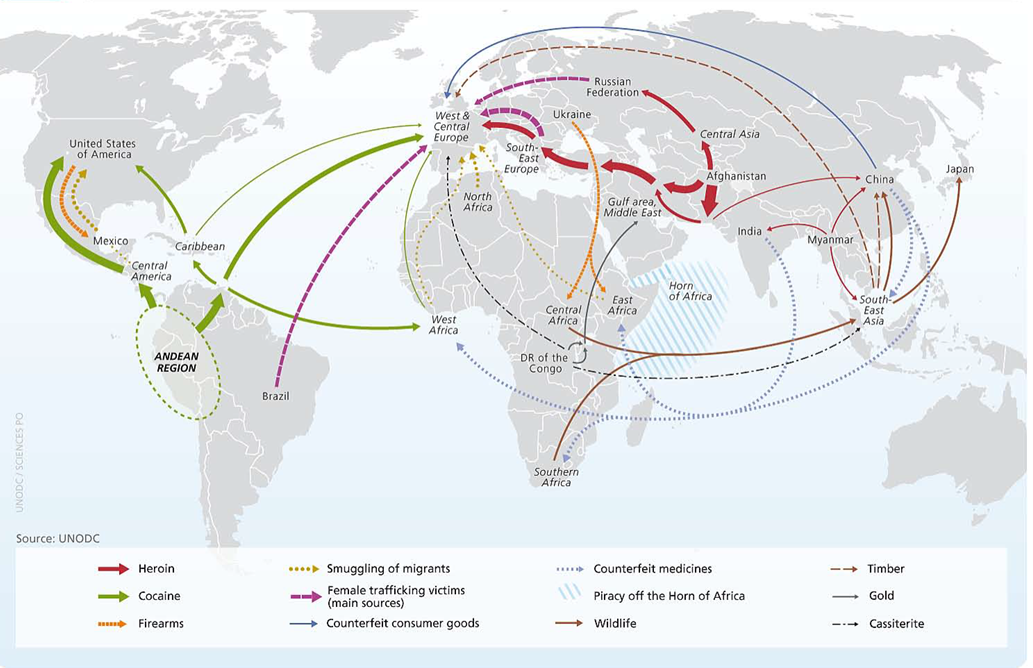 Figure 5.1 depicts the report's findings in tracing the sources of each illicit product through transit points and to its ultimate destination, where it is consumed or exploited. The data on which the report is based are taken from existing information from police arrests, seizures, court records, media reports, NGO reports, and experts on the ground in many different countries who have first-hand exposure to these illicit product markets. The markets included in the report are trafficking in persons, smuggling of migrants, cocaine and heroin trafficking, firearms trafficking, trafficking in wild flora and fauna, counterfeit products, maritime piracy, and cybercrime.

This global analysis helped to change the perspective on organized crime from a focus on specific organized criminal groups and individual activities to illicit product markets from sources to destinations. The report highlights the flows that are exploited for profit by organized criminal groups. As an example, flows from sources to destination countries for the illicit market in rhino horn were assessed, based on known cases and reports from local authorities, NGOs, and the media in these regions. This flow is illustrated in Figure 5.2. 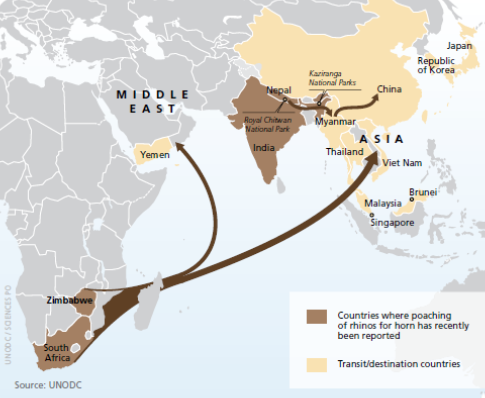 The effort to examine product flows and the influences of supply, demand, competition, and law and enforcement capacity has gained traction in the professional and academic communities as a useful way to capture the nature and extent of various types of transnational organized crime (Albanese, 2008; Bisogno, 2016; Castle, 2008 Klerks, 2007; Mešsko, Dobovšek, Kešetovic, 2009; Midgley, Briscoe and Bertoli, 2014; Savona, 2006; Savona and Stefanizzi, 2010; Savona, 2014; Vander Beken; 2004; van Dijk, 2007). Risk and threat analyses based on careful examination of individual product markets is a promising approach to capturing the magnitude of organized crime in different world regions.