Figure 11.1 illustrates the connections among transnational crime, international agreements, and the need for cooperative efforts for their enforcement. Countries have recognized the growth of transnational organized crime, resulting in the Organized Crime Convention, and other multilateral, regional and bilateral agreements (UNODC, 2006). But these agreements require law enforcement and judicial cooperation that results in investigations and prosecutions (Aromaa and Viljanen, 2005; Hartfield, 2008). Therefore, the implementation of the agreements is the real measure of success of international cooperation. 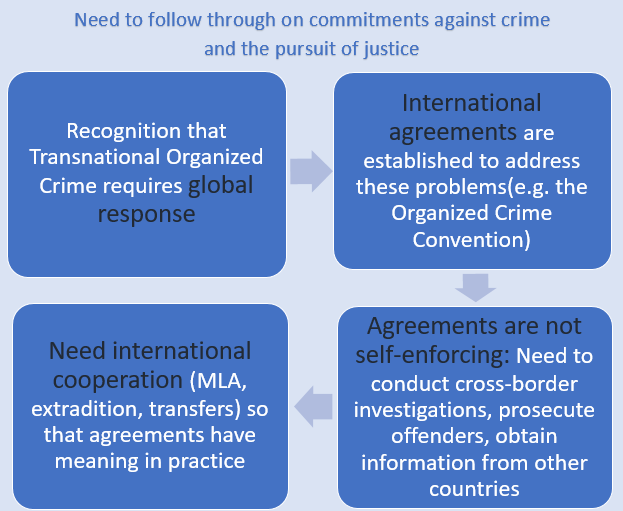