Double victimization of trafficked persons: Technology, justice for the victims and ways forward

In this podcast we discuss with renown barrister and academic Felicity Gerry, QC, some highly debated aspects of the trafficking in persons scholarship. We are talking about the double victimization of trafficked persons and the role of technology. We are reflecting on what happens when victims of trafficking are treated as offenders by the justice systems and how is the principle of non-punishment applied in practice. Our panelist draws on her vast experience working on complex trafficking cases where the line between victim of trafficking and offender gets blurred. She concludes by proposing ways forward and measures that can be taken to ensure that justice is delivered to victims and how education can help in this respect.

Prof. Gerry is admitted to the list of counsel for the International Criminal Court (ICC) and the Kosovo Specialist Chambers (KSC) in The Hague and in England & Wales and in Australia (Victoria and the High Court Roll) and has had ad hoc admission in Hong Kong and Gibraltar. She advises and appears in serious criminal cases, often involving an international element. She has a particular interest in defending trafficked persons who commit crime and has presented arguments on the non-prosecution principle in trials and on appeal in a wide range of cases including terrorism, sex trafficking and international migration conspiracy. She has also advised on these issues in relation to death penalty matters in Indonesia and the Philippines and on women and children held in Syrian camps. Felicity is also Professor of Legal Practice at Deakin University, Australia, where she lectures in MLL419/MLJ728 Contemporary International Legal Challenges, including Modern Slavery, Terrorism, War Crimes and Climate Change law, and is involved in the clinical programs. 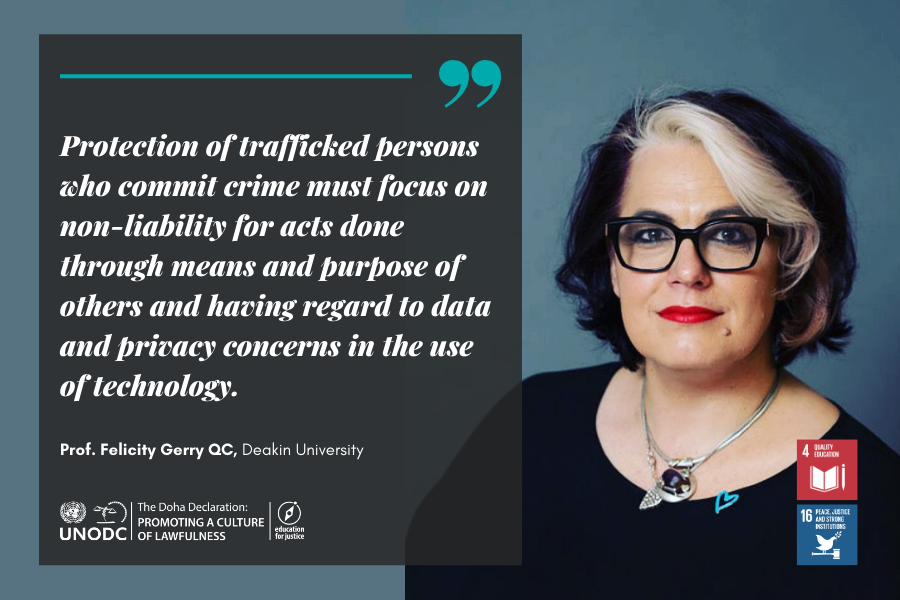 Find out more about Felicity’s teaching, as well as her research and work. 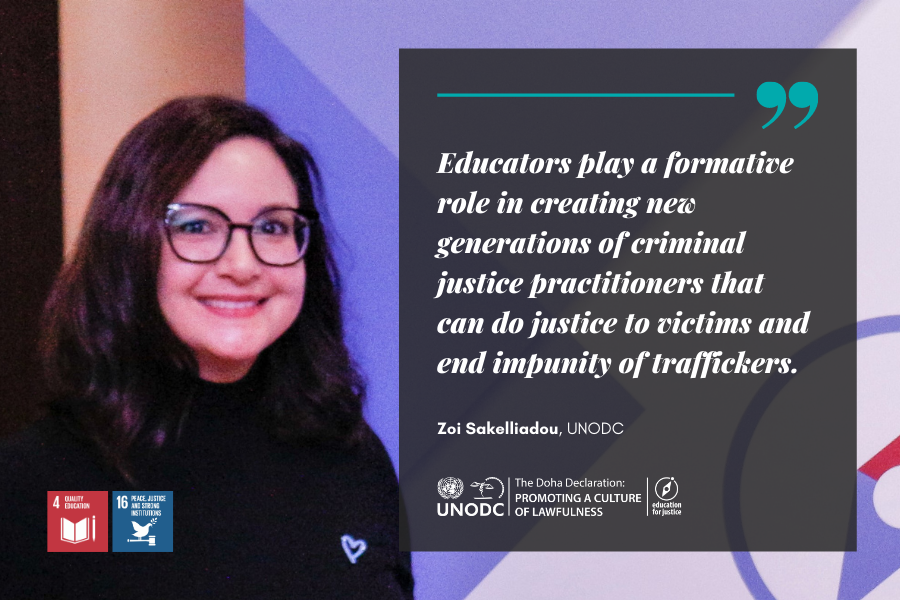 Zoi is a Crime Prevention and Criminal Justice Officer on Trafficking in Persons and Migrant Smuggling at UNODC. She is also the focal point of Education for Justice Initiative charged with developing tools for teaching on human trafficking and migrant smuggling. Prior to joining UNODC, she has served for 15 years with the European Commission, in Brussels / Belgium, the Organization for Security and Cooperation in Europe and UNHCR in Western Balkans, as well as the Greek Council for Refugees on trafficking in persons, migration, rule of law, international criminal law, gender based violence, human rights and asylum. She holds degrees in International and European Studies, European Union Law, Childhood Studies and Islamic Studies.