The illegal wildlife trade in the context of zoonotic diseases

Human-wildlife interactions are occurring at an unprecedented scale and intensity. One factor driving this trend, is the global trade in wildlife. While there is a legal trade in wildlife, which is subject to controls and regulations, there is also a parallel illegal trade. This illegal wildlife trade, the trafficking in wild fauna and flora, can have significant adverse impacts on human health, national security and economic development.

In this episode, Felix Wegerle and Manuela Matzinger (UNODC) are joined by Daan van Uhm (Utrecht University) to discuss the illegal wildlife trade in the context of diseases and infections that are transmissible from vertebrate animals to humans, so-called zoonotic diseases.

The episode outlines how the illegal wildlife trade, with its propensity to avoid sanitary controls, can be a facilitator of zoonotic diseases. It shows how wild animals, which would never cross paths in their natural habitats, are now held in close proximity to each other and to humans, which allows for the spread and mutation of zoonoses. Dr. Daan van Uhm describes the clandestine ways in which these animals are illegally traded and the risk this poses to public health, as they avoid important sanitary controls. He also maps out the processes of laundering illegally sourced wildlife into the legal economy.

Furthermore, the episode touches upon several outbreaks of zoonotic diseases throughout the 21st century, including the COVID-19 pandemic, and discusses them in the context of the illegal wildlife trade. Besides, it sheds light on potential policy actions and critically examines recent calls to ban wildlife facilities, such as wildlife markets.

To learn more about the illegal wildlife trade in the context of zoonotic diseases, visit the E4J Module Series on Wildlife Crime.

Dr. Daan van Uhm conducted research on various forms of environmental crime, such as transnational wildlife trafficking, deforestation and timber trade in Southeast Asia, illegal mining in Latin America and the illegal trade in dogs in Europe. Daan van Uhm obtained his PhD in Criminology at Utrecht University in 2016 (The Illegal Wildlife Trade: Inside the World of Poachers, Smugglers and Traders, Springer). In 2018, he received the prestigious Veni grant of the Dutch Organisation for Scientific Research (NWO) for his research project ‘The Diversification of Organized Crime into the Illegal Trade in Natural Resources’. Mr. Van Uhm primarily focuses on research in the context of green crimes and harms. 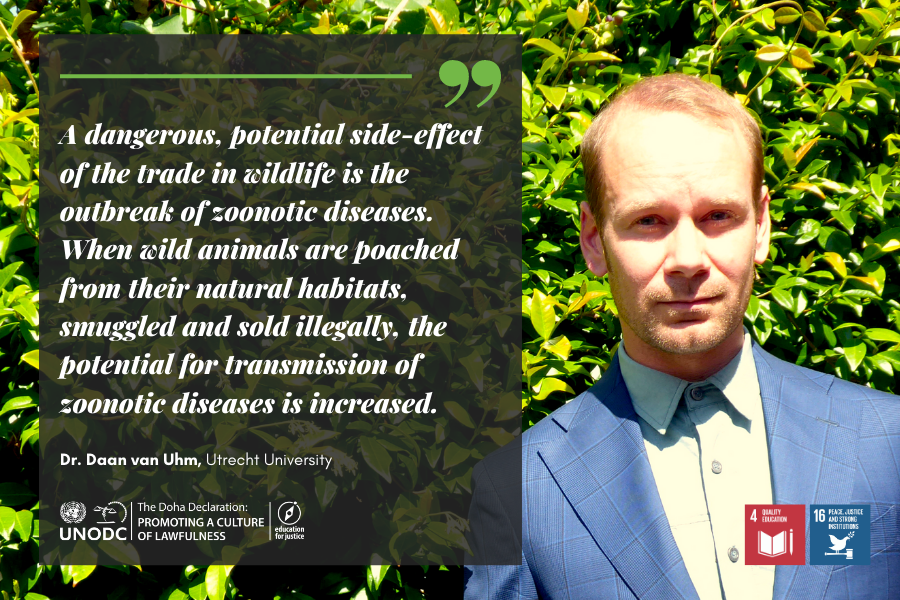 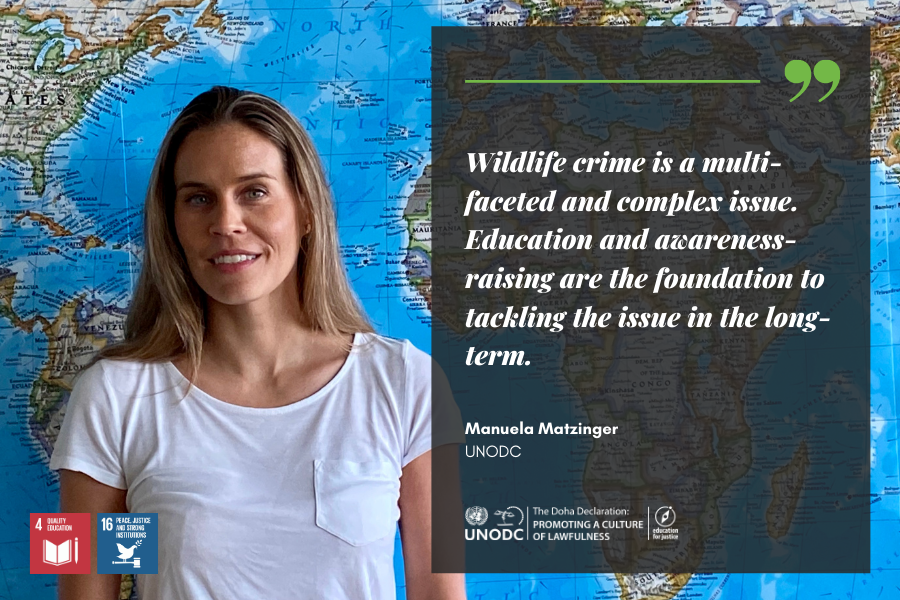 Manuela coordinates UNODC’s actions under the International Consortium for Combating Wildlife Crime (ICCWC), an innovative partnership of five intergovernmental organizations (namely CITES Secretariat, INTERPOL, UNODC, World Customs Organizations and the World Bank) aimed at strengthening criminal justice systems and at providing coordinated support at national, regional and international level to combat wildlife and forest crime. She furthermore oversees the implementation of comprehensive assessments of countries’ preventive and criminal justice responses to wildlife and forest crime using the ICCWC Indicator Framework and ICCWC Analytic Toolkit and coordinates the expansion of the Global Programmes’ work in Latin America. Prior to joining UNODC, Manuela worked with the United Nations Development Programme (UNDP) at field and headquarter level. Ms. Matzinger holds a Master in Law and is fluent in English, Spanish, French and German.

Felix joined UNODC’s Global Programme for Combating Wildlife and Forest Crime in late 2018. Since then, he has been the focal point for wildlife-related matters for SHERLOC and the Education for Justice (E4J) initiative. Before his time at UNODC, Felix was a criminal police detective and gathered experience working in the field of drug trafficking, crime scene forensics and as a first responder. His professional experience comprises the public and private sector, including governments, across Europe and the Americas. He holds a degree in International Business with a specialization in Emerging Markets as well as a master’s double degree in International Management. Outside of his work for UNODC, Felix is interested in various topics of criminology. He co-hosts a podcast series on organized crime and has contributed as an instructor to a Massive Online Open Course on International Security Management. 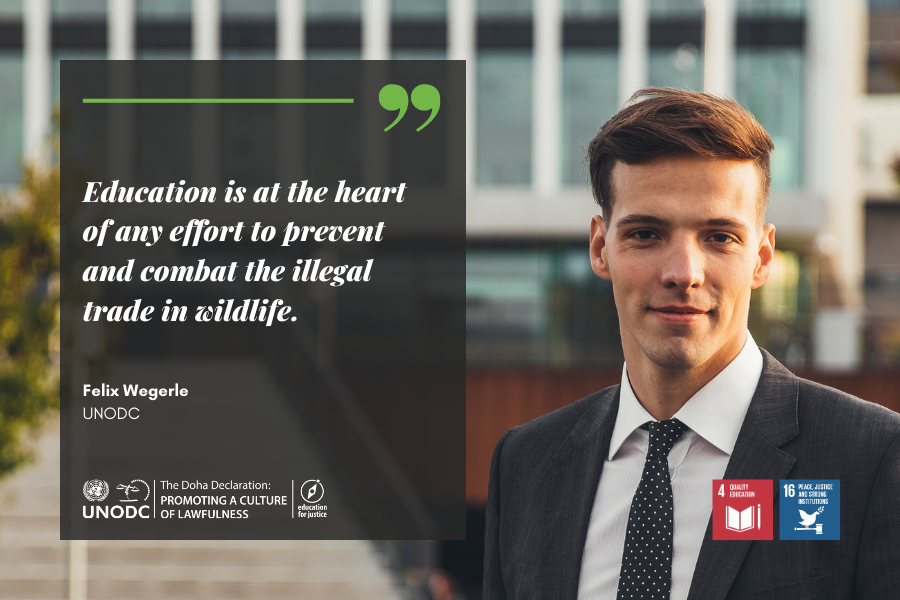