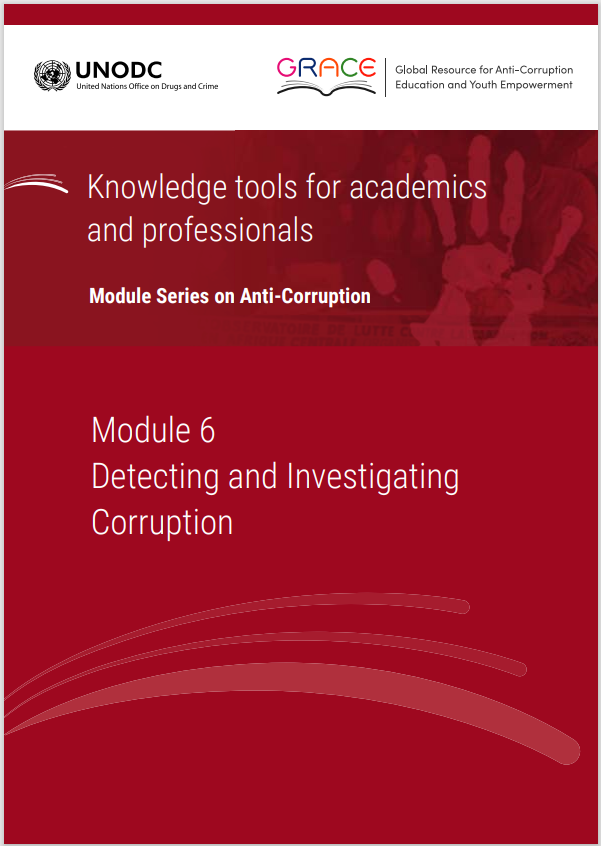 Transparency as a precondition

There is a general consensus that transparency - a situation in which information about a decision-making process is made publicly available and can easily be verified both in terms of the rules and the identities of the decision makers - increases the probability of detection of corruption. Furthermore, transparency allows detection (and reduces the likelihood of corrupt behaviour) because it lowers the information barrier, allowing for scrutiny and monitoring. Transparency also deters corruption by increasing the chances of getting caught. According to the Asia Development Bank (ADB) and the Organisation for Economic Co-operation and Development (OECD) (2014), transparency is vital to cultivate public trust in government and to deter, prevent and detect corruption effectively. For example, transparency facilitates public involvement by increasing the opportunities for citizens to influence government spending, policies and decision-making. The promotion of transparency as one of the most important policy tools against corruption is echoed in Jeremy Bentham's classic affirmation of the power of the public eye:

The greater the number of temptations to which the exercise of political power is exposed, the more necessary is it to give those who possess it, the most powerful reasons for resisting them. But there is no reason more constant and more universal than the superintendence of the public (Bentham, 1816/1999, p. 29).

Transparency is thus associated with the right of the public to know about governmental processes and actions, a norm of both anti-corruption and human rights law. In this vein, UNCAC emphasizes transparency as key for fighting corruption. In particular, its article 10 provides:

Taking into account the need to combat corruption, each State Party shall, in accordance with the fundamental principles of its domestic law, take such measures as may be necessary to enhance transparency in its public administration, including with regard to its organization, functioning and decision-making processes, where appropriate.

Article 10 goes on to list examples of transparency measures that governments can take, including: 1) establishing procedures by which citizens can obtain information about the public administration; 2) simplifying public access to the authorities; 3) publishing information, including on risks of corruption in the public administration. Some of these measures are discussed in the following paragraphs.

Proactive publishing of information by the government and simplifying administrative procedures are additional ways of promoting transparency that go beyond the traditional access to information practices. Measures in this regard are encouraged by regional policies such as the European eGovernment Action Plan 2016-2020 as well as intergovernmental initiatives, including the Open Data Charter, Open Government Partnership and Open Data for Development (OD4D). These initiatives encourage governments to provide the public with open and accessible data on government and political processes. These approaches are often operationalized through e-government systems that use the Internet to provide public services and information and simplifying and increasing public access to administrative procedures. They endorse the principle that citizens should have direct access to information such as public budgets and the way governments spend taxpayers' money, public service provision and electoral competition and results, to name a few. When such information is public, citizens, journalists, academics and supervisory agencies can screen it for corrupt or suspicious behaviour. This, in turn, facilitates the detection of malfeasance and bureaucratic inefficiency, and deters illicit practices that might transpire in secret. An example of how OD4D is used by individual countries is the Afla Medical website (n.d.), based in Moldova. The website outlines planned expenditures for all schools in Moldova, increasing transparency in public education spending and allowing citizens and non-governmental institutions (NGOs) to better understand and study the public spending in schools and educational resources by the Ministry of Education of Moldova. More information on education and corruption, can be found in Module 9 of the E4J University Module Series on Anti-Corruption.

Similarly to access to information laws, proactive sharing of data by public institutions facilitates the detection of corruption. In Ukraine, for example, an online and open data system called ProZorro was launched in 2015 to ensure that documents and information related to public procurement would be easily accessible to civil society. In fact, numerous countries have put in place a legal requirement to publish open data on the tendering process in public procurement. Such efforts to provide open information platforms are critical to preventing opportunities for corruption.

Furthermore, many countries have laws that require public officials to declare their assets and interests. These declaration systems serve two roles. First, they promote transparency and pro-actively identify conflicts of interest. Second, they facilitate detection of corruption when followed by administrative investigation. For more information on how asset declarations can be used as an anti-corruption tool, see Kotlyar and Pop (2016).

Overall, making information easily available on topics such as tendering processes and public spending encourages journalists and researchers to scrutinize data in sectors that are often vulnerable to corruption such as the police, defence, education or healthcare sectors. It should be noted, however, that although transparency is critical for exposing and discouraging corruption, transparency alone is not enough to reduce corruption sustainably. To ensure that transparency alleviates corruption, information must not only reach and be received by the public, but the public must act upon obtaining the information to affect the behaviour of potentially corrupt agents. Such actions may include, for example, reporting to the relevant authorities, organizing protests or punishing corrupt politicians by not voting for them in the next elections. Therefore, "reforms focusing on increasing transparency should be accompanied by measures for strengthening people's capacity to act upon the available information" (Lindstedt and Naurin, 2010).

Next:  Detection mechanisms: auditing and reporting