Role of the media

The media can be a powerful contributor to prevention strategies. However, if not sensitive to the risks, pitfalls and potentially adverse impact of careless, indiscrete or insensitive reporting, it can contribute to the difficulties in confronting trafficking by stigmatizing victims and jeopardizing investigations and prosecutions (see, e.g., Houston-Kolnik, Soibatian, and Shattell, 2017; Pajnik, 2010). For more details on the contribution of the media in the fight against trafficking in persons, see Module 10.

Is the media helping or harming anti-trafficking efforts? 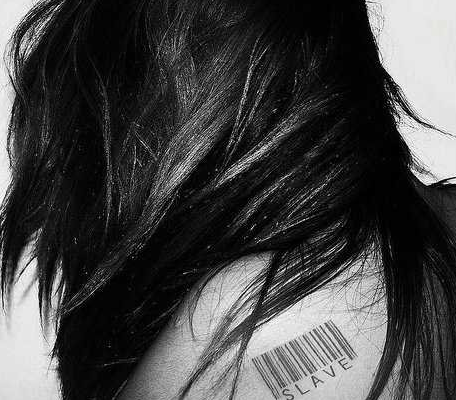 (…) Any undergraduate journalism student learns about agenda-setting and cultivation theory, or the power of the media to shape individuals' general beliefs about the world and their specific attitudes toward certain issues. The issues and subjects the mass media select and portray more frequently and prominently lead people to assume and act as if those issues are most important.

The frequency with which the media uses images such as the one pictured above poses several dangers to counter-human trafficking efforts:

In a world saturated with mass media, anti-trafficking activists can't ignore the influence of images like this one. Media influences public opinion, which in turn influences decision-makers, who then dictate policy formation. This places the media at the root of the perpetuation of misinformation that can spiral into negative outcomes for those who have experienced trafficking.

The public's capacity to formulate and express opinion is the basis of democracy. But because public opinion and media coverage are so closely related and both directly affect policy, it's vital that we as consumers exercise due diligence in looking past surface images and news coverage to find the true answers. It's also time for journalists to dig deeper into the issue of human trafficking to portray it more responsibly, sensitively and ethically. Only when these things happen will the counter-human trafficking community find the answers that best protect, support and empower all victims and survivors.